Lumen Fidei, the “Four-Handed Encyclical” of Francis and Benedict

Lumen Fidei, the “Four-Handed Encyclical” of Francis and Benedict

The encyclical was actually almost finished, Pope Francis told some Italian bishops in private this spring. Then, on June 13, talking with members of the Secretariat of the Synod of Bishops, he said: “Now an encyclical will be published, which they say has been written by ‘four hands.’ Pope Benedict handed it over to me. It is a powerful document, and I will say in the document that I have received this great work. He did it, and I carried it forward.”

But certainly the signature of Francis at the bottom of Lumen Fidei means above all that Joseph Ratzinger’s theological lines are the same as those of Jorge Mario Bergoglio. 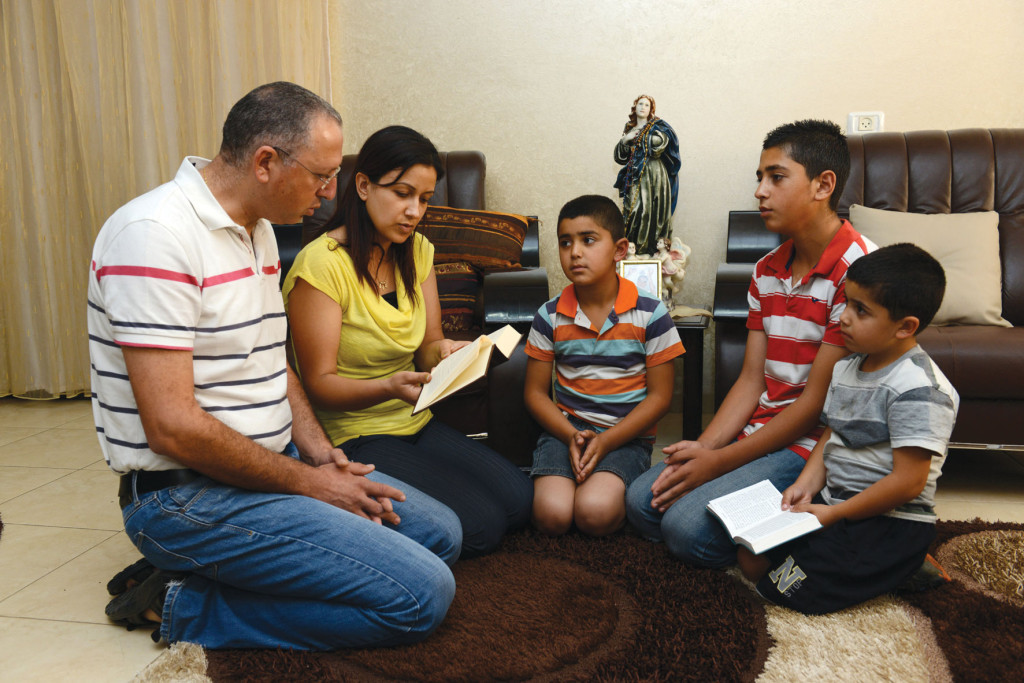 “The first setting in which faith enlightens the human city is the family,” says the encyclical Lumen Fidei (“The Light of Faith”) by Pope Francis (CNS photo).

“I think first and foremost of the stable union of man and woman in marriage,” reads one paragraph. “This union is born of their love, as a sign and presence of God’s own love, and of the acknowledgment and acceptance of the goodness of sexual differentiation, whereby spouses can become one flesh (cf. Gen 2:24) and are enabled to give birth to a new life, a manifestation of the Creator’s goodness, wisdom and loving plan.” For the first time, the signature of Pope Francis is below this phrase that many in the world waited for because of the contemporary debate over homosexual marriage.

In his first encyclical, based throughout on the notes of Benedict XVI, Francis stresses that only faith illuminates the city of man, that without God, man lives in idolatry of himself and moves away from the common good. The tone is pastoral in the text “of the two Popes” (though of course there is only one Pope). But it is also deeply theological and biblical and especially linked to the rediscovery of the “Light of the world” of which Ratzinger spoke as a cardinal, today reflected, in a perfect continuity, by the key words of the lexicon of Pope Francis: confess, walk, build.

A faith that asks to be strengthened by the truth and is not a “refuge for the fainthearted, but something which enhances our lives,” a faith not to be ashamed of, a faith to confess publicly.

“The intention,” the Pope writes, “is to say that God, by his concrete actions, makes a public avowal that he is present in our midst and that he desires to solidify every human relationship. Could it be the case, instead, that we are the ones who are ashamed to call God our God? That we are the ones who fail to confess him as such in our public life?”

Following the lines of Ratzinger’s reflections, in addition to the biblical and patristic references in the text, there are references to the role of God in contemporary society. The document takes up the ethical debate over marriage and family: Christian marriage, a sacrament, but also a light for civil society.

In short, the challenge that the Church faces today is that of the return of God in the public debate, the knowledge of the faith, and the recognition that Christianity with its “reasonable” faith gave birth to human culture, allowed the recognition of the dignity of the person, and reminded us that without reference to God as the only Father, it makes no sense even to say that we are brothers.

The theme that is the real thread of the text and dear to both the pontiffs: love.

Ratzinger’s first encyclical was the very definition of God’s love, and from the beginning of his pontificate, Pope Francis has always wanted to repeat this concept, recalling that God loves us and forgives us, and that love leads to faith and is nurtured by love.