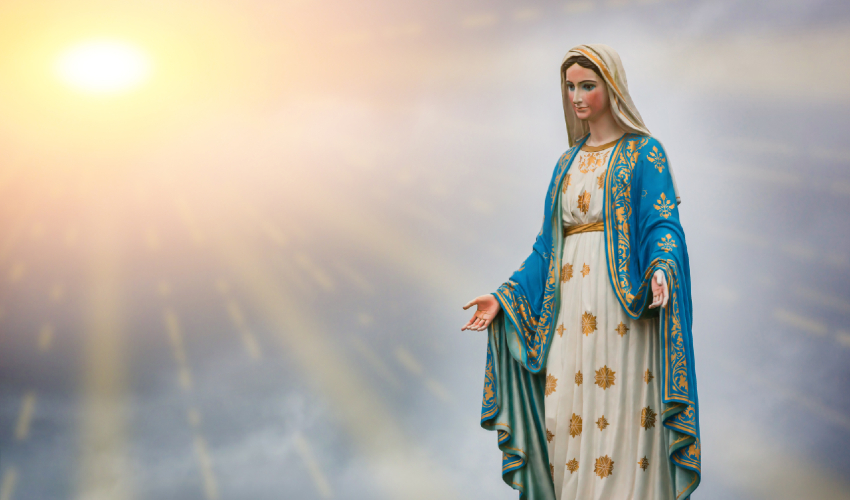 I would like to send my sincere Christmas best wishes to you as a reader of these Moynihan Letters.

May your Christmas be filled with joy, peace and hope.

One is ontological, having to do with being itself.

The second has to do with good and evil, with holiness and transgression, and with the fruits of these two conditions.

Regarding time and eternity

Christ came at the center of time — after centuries of longing on the part of the Prophets, and the pious people of Israel.

Christ really came at the center of time — we still call the year of His birth “Year Zero,” and count the time of our universe from the time of His coming.

Christ truly came at the center of time — fulfilling dozens of ancient scriptures in a wondrous way, dividing all time into two periods, the time before He came, and the time after He came.

Christ came at the center of time, and in doing so, transformed time.

Christ transformed time by bringing eternity into time, by bringing a condition of being that transcends becoming.

Pope Francis on December 21 in Rome, three days ago, gave a Christmas greeting to the assembled members of the Roman Curia.

He spoke about time, saying: “We need to initiate processes and not just occupy spaces.”

And he continued, citing an interview he gave to Jesuit Father Antonio Spadaro in the summer of 2013, not long after he was elected Pope, published in the Jesuit bi-monthly Civiltà Cattolica on September 19, 2013 (p. 468): “God manifests himself in historical revelation, in history. Time initiates processes and space crystallizes them. God is in history, in the processes. We must not focus on occupying the spaces where power is exercised, but rather on starting long-run historical processes. We must initiate processes rather than occupy spaces… And it requires patience, waiting.”

This focus by Francis on “processes” in time emphasizes the unfolding in time of the divine will.

This focus could be complemented by the recognition that Christians, because Christ changed the nature of time itself, no longer look in hope to any temporal processes whatsoever, but in fact long to be “out of time” and “with the Lord” in His Kingdom, in a realm that transcends time — in eternity.

Christ, by bringing the eternal nature of God into time, into the very center of time, transformed time.

Time would no longer be a series of moments which notionally will continue forever, with no end, but rather, a womb which could bring forth eternity.

And this womb was Mary.

The coming of Christ changed time into a womb which, in Mary, who had been herself prepared by many centuries of prayers and hopes, could bring forth eternity.

Eternity is incomparably greater than a series of moments.

A series of moments, as St. Augustine taught us so well in Book 11 of his Confessions, leaves being behind in the past, and strives to survive into a future of being that is not yet present, not yet real, not yet “being.”

Eternity — though it is not easy to express it in words — would have a sort of “totality” and “density” of being, a condition of collecting in one eternal moment all the moments of passing time.

This one moment would not be shorter than a million years. Eternity is greater, more real, than even an infinity of years.

Just as a seed dropped into the cool dark earth in spring seems destined to die, so too Christ, entering from eternity into time, seemed destined to die, like all the things of time. (For the Greeks, Chronos, the god of time, consumed his own children.)

But just as the seed sprouts, and begins to transform that dark, lifeless earth, by drawing its dead minerals and elements into itself, transforming them into a living plant, a vine, an olive tree, a stalk of wheat, so too did Christ, entering into the womb of Mary, into time, begin to transform the entire reality of time-space into a reality which now has a transcendent, eternal destiny.

The Word entered the world, and saved the world from the futility of endless time, and gave the world instead a doorway into eternity.

And for this reason, all of our thought must be transformed.

No, rather we must see that we are called to something far greater than a temporal life of 10,000 years, we are called to a totally different density of being, an eternal life… a life in which the very structure of our being would no longer be conditioned by the passing of time, but nourished in that eternal reality, that holiness, self-existent, which calls us into communion, freeing us from the frustration of time.

The one who calls us to this glory is the Holy One of Israel, the One True God, Christ Jesus.

Regarding sin and salvation

This is an even more mysterious concept.

How sin entered into the world, and how sin may be overcome, is the central mystery of the Christian faith — the central question confronting all minds which contemplate reality.

He Himself was the answer.

This is why we say that to encounter Him is to be saved.

This is why we wish to witness about Him, tell His story, remember His birth — celebrate Christmas!

Christ was the hope of Israel. Hundreds of prophecies spoke of His coming. And, finally, he arrived — at a specific moment, at the center of history, after centuries of unfulfilled longing.

That, truly, was the fulfillment of a process in time, which never needs to be repeated, which has occurred, which saved the world.

And yet, when Christ arrived, he was immediately in danger, as Herod feared to lose his throne to this new king, and killed the innocents, hoping to kill Christ.

Joseph, Mary and Jesus fled to Egypt. We do not know exactly how long they stayed, but the babyhood of Jesus was in Egypt, and part of his childhood.

Joseph and Mary returned to Israel and settled in Nazareth.

Jesus grew in grace and wisdom during “hidden years,” teaching in the Temple when he was 12.

Then, as an adult man, Jesus was baptized by John, and began to preach.

“Repent,” he said, “for the Kingdom of Heaven is at hand.”

Start a process of change in your life which brings you toward a new destiny.

Do God’s will, at all times, and prepare for that existence which, in holiness, will bring blessedness, eternal life, not sorrow, frustration, death.

Christ healed the fallen world, a world that had fallen into sin and corruption, and so into death.

He changed the ontological condition of the space and time of our world from profane to sacred, from sinful to holy.

The Epistle to Diognetus, written in the second century, understood the ramifications of Christ bearing our sins. Diognetus seems to have been a tutor of the Emperor Marcus Aurelius. The text is dated variously from 130 A.D. to 200 A.D. It shows a certain type of Christian thought about 100 years after the crucifixion of Christ:

“He Himself took on the burden of our iniquities, He gave His own Son as a ransom for us, the holy One for transgressors, the blameless One for the wicked, the righteous One for the unrighteous, the incorruptible One for the corruptible, the immortal One for them that are mortal. For what other thing was capable of covering our sins than His righteousness? By what other one was it possible that we, the wicked and ungodly, could be justified, than by the only Son of God? O sweet exchange! O unsearchable operation! O benefits surpassing all expectation! that the wickedness of many should be hid in a single righteous One, and that the righteousness of One should justify many transgressors!” (Epistle to Diognetus, Chapter 9)

This “unsearchable operation” is what we celebrate at Christmas.

The salvation of the world, of all of space and time, by the Savior born to Mary in Bethlehem, at the center of time.

A blessed Christmas to all, to you and all your loved ones, now and in time to come.

Note: We have just mailed an extraordinary Christmas 2019 issue of Inside the Vatican, different from any issue we have ever published. It portrays in great works of art and texts from Scripture, the Fathers and Popes Benedict and Francis the story of Christ, which is the true “heart” of the Holy See, the Vatican. We think you may find this issue a very special keepsake. If you would like to order a copy, please go to our website, or call 1-800-789-9494