“I am convinced that the crisis in the Church that we are experiencing today is, to a large extent, due to the disintegration of the liturgy.” —Pope Benedict XVI, Milestones: Memoirs 1927-1977 (link)

“For fostering a true consciousness in liturgical matters, it is also important that the proscription against the form of liturgy in valid use up to 1970 [that is, the older Latin Mass] should be lifted. Anyone who nowadays advocates the continuing existence of this liturgy or takes part in it is treated like a leper; all tolerance ends here. There has never been anything like this in history; in doing this we are despising and proscribing the Church’s whole past. How can one trust her at present if things are that way?” —Pope Benedict XVI when he was still Cardinal Joseph Ratzinger, Spirit of the Liturgy, 2000 (link)

“I am of the opinion, to be sure, that the old rite should be granted much more generously to all those who desire it. It’s impossible to see what could be dangerous or unacceptable about that. A community is calling its very being into question when it suddenly declares that what until now was its holiest and highest possession is strictly forbidden and when it makes the longing for it seem downright indecent.” —Cardinal Joseph Ratzinger, later Pope Benedict XVI, Salt of the Earth (1997), (link)

“Rome violates the word given by Pope Benedict XVI with brutality.” —The judgment of an Open Letter of the Catholic faithful attached to the traditional Mass to Catholics of the whole world, published today, September 8, Feast of the Nativity of the blessed Version Mary (here is a link to one such publication; the full text is also below)

“We solemnly affirm, before God and before men: We will not let anyone deprive the faithful of this treasure which is first of all that of the Church.” —from the same open letter published today

“We will not deprive our children of this privileged means of transmitting the faith.” —from the same open letter published today

“Do we allow the Bride of Christ to forget Her past? To suffer amnesia, forgetting the ways of praying, and of believing, of those fathers and mothers, those grandfathers and grandmothers, who prayed and believed in the generations before us? Do we believe that our time alone has understood the correct faith, the correct love, the correct hope? Are we so irreverent with regard to our fathers and mothers in the faith?”—my own words in my own letter of a week ago, Letter #97, Tuesday, August 31, 2021, “True Guardians” (link)

“Thus the paradoxical situation arises: in order that the Bride of Christ, the Church, may be preserved from amnesia, from a loss of memory, Catholics faithful to tradition will now have to prove themselves as counter-revolutionaries, conservative faithful will have to assume the role of rebels, in order to be themselves ultimately found to be, before the judgment of history and above all in the eyes of God, the true and only guardians of tradition, who really deserve this name.” —Dr. Michael Fiedrowicz, a German priest from the archdiocese of Berlin, in the final lines of an essay published in the same letter a week ago (link)

“We have a liturgy which has degenerated so that it has become a show which, with momentary success for the group of liturgical fabricators, strives to render religion interesting in the wake of the frivolities of fashion and seductive moral maxims. Consequently, the trend is the increasingly marked retreat of those [that is, more traditional Catholics] who do not look to the liturgy for a spiritual show-master but for the encounter with the living God in whose presence all the ‘doing’ becomes insignificant since only this encounter is able to guarantee us access to the true richness of being.” —Cardinal Joseph Ratzinger’s preface to the French translation of Reform of the Roman Liturgy by Monsignor Klaus Gamber, 1992) (link)

Letter #103, 2021, Wednesday, September 8, Feast of the Nativity of the Blessed Virgin Mary

And so it begins.

Catholics around the world are appealing to Pope Francis to reverse his decision of July 16, 2021, in the decree Traditionis custodes (“Of tradition the guardians”) to suppress, abruptly, the old Latin Mass, celebrated by Catholics for many centuries, and supported by Pope Benedict XVI as guaranteeing believers access to “the true richness of being,” that is, to the divine, to God.

The decision of Francis on July 16 was a decision that would be equivalent in the Orthodox world to the Orthodox Church leadership suppressing the Liturgy of St. John Chrysostom, which dates back to about 400 A.D., and draws on prayers and practices from much earlier.

“As children to their father, we request Pope Francis to reverse his decision, by abrogating Traditionis Custodes and restoring full freedom to celebrate the Tridentine Mass, for the glory of God and the good of the faithful,” the letter, co-authored by several Catholic groups, reads.

These Catholics are moved by a desire to instruct their children in the Catholic faith, and to do this in the context of the old Latin Mass: “We will not deprive our children of this privileged means of transmitting the faith which is faithfulness to the traditional liturgy.”

Whether this appeal will be heard by Pope Francis — whether he will even be made aware of it — is not clear.

It is also not clear what importance this letter may have. At the very least, this letter suggests that the reasons presented by Pope Francis for taking his July 16 decision have not been found sufficiently compelling to persuade these Catholics that the Pope’s decision was a fair and just one. That would suggest that he explain the reasons for his decision still further.

In this context, I am now planning to make an effort in Rome in coming days to understand more completely the reason why this decree was published now, on July 16, and made of immediate effect (something quite unusual) and to report back to you on what I find. (If anyone would like to support this investigation and writing, please consider supporting this work, here. Any support is of course quite helpful. For a history of my work, see here.)

Here is the text of this new Open Letter of Traditional Lay Faithful to the Catholic Faithful of the Whole World, made public on the Feast of the Birthday of the Virgin Mary, celebrated on September 8. —RM

Dear Brothers and Sisters in Christ,

It is with great sadness that we learned of Pope Francis‘ decision to abrogate the main provisions of the Motu Proprio Summorum Pontificum, promulgated by Pope Benedict XVI on July 7, 2007. After decades of divisions and quarrels, that Motu Proprio was, for all the Catholic faithful, a work of peace and reconciliation.

Rome violates the word given by Pope Benedict XVI with brutality and intransigence, far from the much vaunted fraternal welcoming.

The explicit will of Pope Francis, stated in the Motu ProprioTraditionis Custodes, of July 16, 2021, is to see the celebration of the Mass of the Tradition of the Church disappear.

This decision drives us to great dismay.

How can we understand this rupture with the traditional Missal, a “venerable and ancient” actualization of the “law of faith,” which has bore fruit through so many nations, so many missionaries, and so many saints?

What harm is done by the faithful who simply want to pray as their ancestors had done for centuries?

Can we be unaware that the Tridentine Mass converts many souls, that it attracts young and fervent assemblies, that it arouses many vocations, that it has given rise to seminaries, religious communities, monasteries, that it is the backbone of many schools, youth groups, catechism activities, spiritual retreats, and pilgrimages?

Many of you, Catholic brothers and sisters, priests, and bishops, have shared with us your failure to understand this and your deep sorrow: thank you for your many testimonies of support.

To promote peace within the Church, in order to build unity in charity, and also to lead Catholics to reconnect with their own heritage by making as many people as possible discover the riches of liturgical tradition, the treasure of the Church: those were the goals pursued by Summorum Pontificum. Pope Emeritus Benedict XVI witnesses his work for reconciliation destroyed during his own lifetime.

In a time steeped in materialism and torn by social and cultural divisions, liturgical peace appears to us as an absolute necessity for the Faith and for the spiritual life of Catholics in a world that is dying of thirst.

The drastic restriction of the authorization to celebrate Mass in its traditional form will bring back mistrust, doubt, and it heralds the return of an agonizing liturgical war for the Christian people.

We solemnly affirm, before God and before men:

We will not let anyone deprive the faithful of this treasure which is first of all that of the Church.

We will not remain inactive in the face of the spiritual suffocation of vocations laid forth in the Motu proprio Traditionis Custodes.

We will not deprive our children of this privileged means of transmitting the faith which is faithfulness to the traditional liturgy.

As children to their father, we request Pope Francis to reverse his decision, by abrogating Traditionis Custodes and restoring full freedom to celebrate the Tridentine Mass, for the glory of God and the good of the faithful.

Bread rather than stones.

September 8, 2021,
on the feast of the Nativity of the Blessed Virgin Mary

The Rorate Caeli website wholeheartedly join this letter and urge you all to publish it in your sites, pages, Facebook profiles, anywhere. It does not belong to anyone, it belongs to us all. 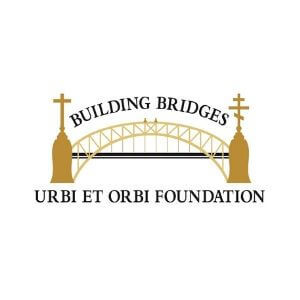