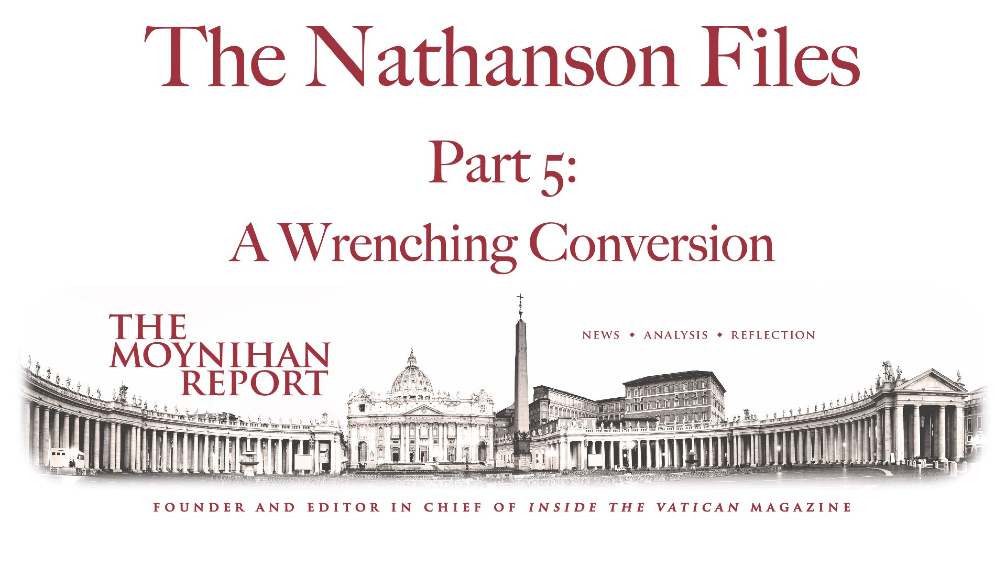 I sat down in November for an interview with Terry Beatley, author of “What if We’ve Been Wrong?” and president of the Hosea Initiative, discussing how the abortion industry has deceived Catholics. The fifth part of this interview has been posted and is now available on Rumble (link) and YouTube (link).

Click the video below for the fifth part of the interview in which, Terry Beatley describes how Dr. Nathanson, who had believed he was helping women by performing abortions, came to believe he was causing much harm, and became a supporter of the “pro-life” cause.

Note to readers: A special rosary will be held at St. John the Baptist Church in Front Royal, Virginia, tomorrow, Thursday, December 16 at 1 p.m. The prayer is open to all, including non-Catholics. This prayer, organized by a new group of two dozen Catholic writers and editors, will mark the beginning of a global campaign of prayer to the Virgin Mary in the present circumstances of our world, a time in which precious human dignity and the sacred dimension of the human person seem to be threatened by many challenges. —RM 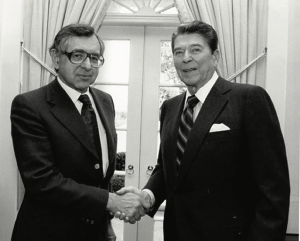 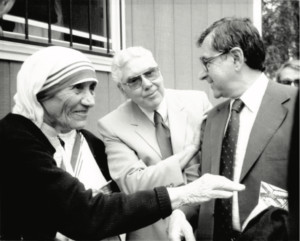 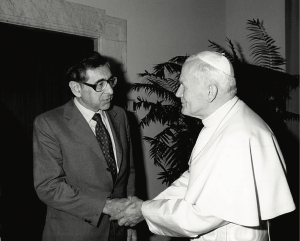 Here is the transcript of the fifth tape from The Nathanson Files:

This is part 5, in which, Terry Beatley describes how Dr. Nathanson, who had believed he was helping women by performing abortions, came to believe he was causing much harm, and became a supporter of the “pro-life” cause.

Beatley: He wrote about his gratitude and he spoke about it, his gratitude. Actually, what really comes to mind, yes the gratitude, but he wrote about when he was still an unbeliever and he would observe the pro-life community out in New York holding their prayer vigils in front of the Planned Parenthood facilities, what he recognized was that these people, sitting out there on cold windy days, they were so full of love and compassion and peace and hope.

And he was drawn to the source of their joy.

He wanted to know more about it.

He didn’t understand how these people could give so much of themselves for a cause where the people who were hurt by it would never thank them, the babies who were aborted.

Moynihan: And how did he come to feel about the women?

Did he feel that he had been mistaken in trying to help women in difficult circumstances and performing thousands of abortions?

What was it that he was mistaken about? Had he not been helping them?

Moynihan: What is NARAL?

Beatley: Yeah, NARAL stands for the National Association for the Repeal of Abortion Law.

And so what they formed was the first pro-abortion political action organization, because they knew that the only way to have long-term victory is to be able to lay claim in the political realm.

They had to have the law on their side, obviously.

Moynihan: They were trying to, what they thought, or claimed, they were helping women.

Dr. Nathanson later concluded that somehow he had been harming women and obviously harming the fetuses, the babies that he had aborted.

But what about the women, how did he come to feel about his attitude toward women?

Beatley: He originally thought that he was helping women because he had seen some women coming into the emergency room with botched abortions before it was legalized.

And he never gave a thought about what was happening to the baby.

And I think this is really, really important to make sense of that, because, after I’ve traveled the country sharing the story about Dr. Nathanson, a common question is, “Why didn’t he give any thought to the baby?”

Well, back then, the science of fetology was a brand new science field. We are so used to now, you know, thousands of articles about fetal development and anatomy.

But back in 1969, there were only five articles about fetal anatomy and physiology.

So, and again that was all pre-real-time ultrasound, so he was very disconnected from the baby.

And he really thought he was doing the best thing for women.

What you have to keep in mind back then they were selling abortion as just a blob of tissue, not a baby.

What any woman and any man today know, because of real-time ultrasound, uh no.

By the time they have an abortion at 9-10-11 weeks, that baby has hands, has a face, has a beating heart.

So, the lie of yesteryear, they can no longer get away with.

So, we do know that abortion has caused many women and men to go to alcohol, alcoholism, drug abuse, depression.

We now know the connection between breast cancer and abortion, which is a very hidden topic, but one day that is going to come into the light as well.

And so, Dr. Nathanson knew that between all these different factors, there must be a better way.

And that’s why I named the book, What If We’ve Been Wrong, which is a quote from his resignation letter.

Maybe there’s a different way, maybe there’s a better way than killing babies and lying and exploiting women, for an industry that makes millions of dollars a year.