There needs to be some kind of truce called, out of charity and also out of justice, between those who unquestioningly support the government’s — and pharmaceutical industry’s — all-in promotion of the Covid vaccines, and those citizens who are unwilling to accept everything that they are told about the vaccines, including that they are completely, totally, unreservedly “safe” and “effective.”

Many scientists, whose voices are largely ignored in the mainstream media, but who are nevertheless are getting their messages out into the public’s awareness bit by bit, are saying that there are problems, even dangers, with the vaccines. Still, other scientists and doctors say that it is selfish and short-sighted for people to decline to be vaccinated when the authorities recommend vaccinations and assure us that all of them are safe and effective.

How is an average person to know what to do? It seems this is a matter for each person’s intelligent deliberation, doing the best that he or she can do to get the facts and use of human reason, weighing the pros and cons.

But what it one person comes to a different conclusion than another? Does this mean that there is necessarily bad will on the part of one or the other?

People of good will can disagree. It happens all the time, every day.

But to allow the society and cultural influences, which at this point in history are not only “God-less,” but, in many cases, actively opposed to God and His plan for Man as written in the Book of Nature, to goad us into hatred for those whose conclusions are different from ours, would be a tragedy.

Medical science has been a Godsend in modern times; few would dispute that. But the “God of money” has also overtaken the American soul in way that leads reasonable people to ask whether all players involved are solely altruistic, or does the taint of financial gain enter in?

Is the suppression of legitimate questioning of the powerful entirely done in the interest of the common good?

Widespread, almost universal quashing of dissent has never been the case in the free nations before; are we so certain that it is justified now?

And do people who believe that it is not justified really form a dangerous movement that will oppose what is actually good for society?

The ultimate question is, what does God want for human beings?

Does he want us to use our reason, to inquire, to respect our fellows as human beings, and expect to be respected in turn… or not?

In late December, Dr. Robert Malone spent 3 hours with Joe Rogan — the single most listened to podcaster in the United States, with tens of millions of followers — after Malone had been banned by Twitter from posting on the Twitter platform.

The program brought Malone’s ideas to the attention of tens of millions of Americans, and others around the world. In this sense, it was an interview that has had a profound impact on the “narrative” of the Covid crisis and the vaccination controversy that has followed upon the disease. Therefore, it seems important to bring this interview to the attention of our readers. —RM

The full transcript of the Joe Rogan-Dr. Robert Malone interview from December, listened to by tens of millions of Americans

You can read the full transcript here. 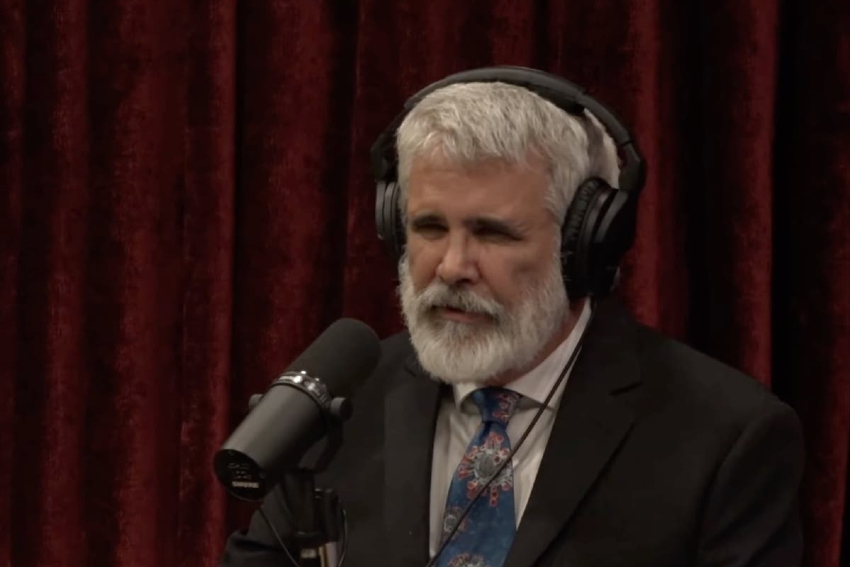 Here are excerpts from an account of the Rogan-Dr. Malone interview by Art Moore of the Daily Angle (link).

In the wake of his banishment from Twitter, apparently for countering the government’s accepted COVID-19 narrative, Dr. Robert Malone‘s highly anticipated interview with No. 1 podcaster Joe Rogan has been published.

The vaccine inventor who played a crucial role in the development of the mRNA technology behind the Pfizer and Moderna vaccines discussed the social media censorship early in the three-hour discussion on “The Joe Rogan Experience,” published Friday by Spotify. (link)

A recent interview with another leading critic of COVID vaccines and policies, Dr. Peter McCullough, was Rogan’s biggest ever, drawing more than 40 million listeners to date.

Rogan – after hearing Malone’s prominent role in vaccine development and distribution over the past 30 years, including his personal relationship with Dr. Anthony Fauci – observed that Twitter banned on Wednesday “one of the most qualified people in the world to talk about vaccines.”

Malone said he’s been contacted by lawyers who are looking at filing a lawsuit against the Big Tech giant.

“If it’s not OK for me to be part of the conversation, even though I’m pointing out scientific facts that may be inconvenient, who can be allowed?” Malone asked.

He mentioned the critics who call him a liar for his claim that he is the inventor of the mRNA technology used in the vaccines, “despite the patents” in his name.

“No one can dispute that I played a major role in this tech,” he said. “And virtually all other voices that have that background have financial conflicts of interest.

“I think I’m the only one that doesn’t,” Malone added. “I’m not getting any money out of this.”

Along with his personal website, Malone has a Substack page and handles on other social media platforms:

Earlier this month, Malone issued a video statement explaining why more than 15,000 physicians and medical scientists around the world have signed a declaration that healthy children should not be vaccinated for COVID-19. He warned parents that the decision to inject their children is “irreversible,” and they need to be aware of “the scientific facts about this genetic vaccine, which is based on the mRNA vaccine technology I created.”

The full transcript of the Joe Rogan-Dr. Robert Malone interview from December, listened to by tens of millions of Americans

You can read the full transcript here.