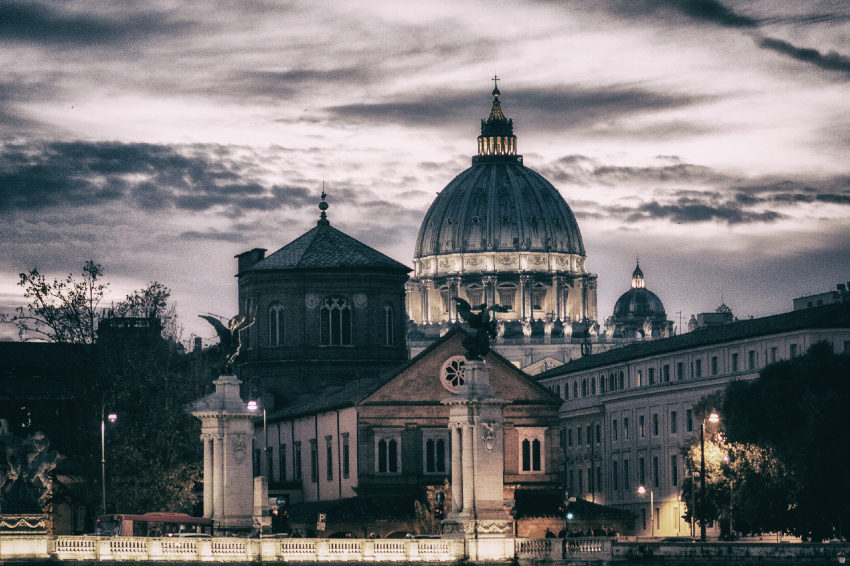 I just received a fascinating letter, which I publish below.

I took my distance a bit yesterday (see this link) from the “rumors” in Rome that Pope Francis may soon issue a new decree further restricting the celebration of the old Mass.

Then, I received this letter.

It begins: “As we both know, there are no real ‘secrets’ in Rome.”

Then, essentially, the letter-writer tells me that the “rumor” does in fact contain a truth: that there is a draft Vatican document which would further restrict the celebration of the old Mass.

The letter is from a priest who confided in me that “an archbishop in the States has seen this document.”

The archbishop, he continues, “confirmed to a priest friend of mine (who is a person of true integrity and would not casually spread rumor), that it does indeed contain what some have guessed at — a further suppression of the TLM…”

I replied to the letter-writer, confirmed his identity, and know that the letter is not a prank, but a serious communication.

I regard it as credible. (If I did not, I would not publish it here.)

The news is “second-hand” because it comes from another priest, who learned of this from an archbishop, but I am persuaded that the “chain of witness” is not so fragile as to discredit the report.

Why publish it now, in this form?

Because it seems important that Catholics who love the old Mass, and who feel and believe that it comforts and supports them spiritually, and helps them to conform their minds and souls more closely to Christ, and so to better work out their salvation, should be aware of and informed about what the leaders of the Church are planning with regard to the old Mass.

For many thousands, this is not a “game of rites” played by hierarchs, but a profoundly serious spiritual matter that affects their souls and the souls of many, including their children, intimately.

Benedict XVI made strong arguments in favor of his 2007 decision to permit and, in a sense, to embrace the old Mass as a legitimate, honored part of our tradition.

His arguments remain powerful and persuasive, 15 years later… in spite of his departure from this world on December 31. —RM

As we both know, there are no real “secrets” in Rome.

So without revealing the identity, I can tell you, that an archbishop in the States has seen this document about which rumors abound, and confirmed to a priest friend of mine (who is a person of true integrity and would not casually spread rumor), that it does indeed contain what some have guessed at—a further suppression of the TLM, with an exception for religious orders who solely celebrate privately (no parish churches), and some possible further clarifications for the FSP.

It was “found necessary” to issue this second letter, because of the lack of implementation of Pope Francis’ motu proprio by a good number of bishops around the world (by using Canon 87, etc.)

It is scheduled for release sometime in April or May, and would carry the “weight” of an Apostolic Exhortation (to match that of St Paul VI formally establishing the New Rite).

It would, effectively, take away from the bishops, any further say or exceptions in the matter.

If issued, I believe, it will push the TLM [Traditional Latin Mass] “underground” and further add to the ranks of the Pius X Society (which has already grown by three times since the issuance of the motu proprio by Pope Francis).

This will not end well.

The TLM will survive — whether any Catholics will continue to go to a further watered-down Novus Ordo (which is also supposed to be a part of this document), will remain to be seen — attendance at weekly Sunday Mass by Catholics is currently at 12% in the United States (in most dioceses); it is 2.5% in the Netherlands.

If I learn of any further information on all of this, I will be sure to send you an update.

God bless and thank you for all you do.

—From a priest who belongs to one of the traditional orders

Note: In 2007, on August 17 (15 years ago now) I gave a talk on the old liturgy in St. Cecilia Church in Tustin, California, entitled: “Motu Proprio: Why the Latin Mass? Why now?” The lecture came only weeks after Pope Benedict XVI issued Summorum Pontificum on July 7, 2007, granting wider permission to celebrate Mass according to the old rite. Some have said that it was the best talk I ever gave. I do feel I touched on many of the points that help to explain why Benedict chose to do what he did. Copies of a CD of that 2007 talk of mine are available at this link: 2007 Talk On The Old Mass

Second Note: If you would like to support our magazine, this letter, and the rest of our work, you may do so here.

Inside the Vatican is dedicating our next issue (March-April 2023) to a presentation of the life, work, thought and faith of the late Pope Benedict XVI.

It will be a longer issue than usual (we are presently planning for 100 pages, perfect bound, like our Special Issue on Mary, just published) and will feature reflections from bishops and cardinals, writers and theologians, musicians and poets, on Pope Emeritus Benedict the person, and on the rich spiritual legacy he has left behind.

Subscribe Now for our Special Commemorative Issue on Benedict XVI