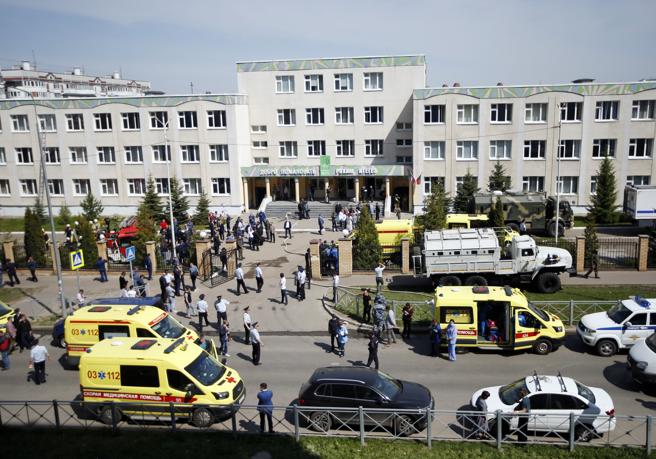 The scene this morning outside a school in Kazan, Russia, where there was a terrible school shooting this morning that took the lives of many children

“Kazan Catholics cry and pray for the victims, the injured and their families.” — Father Andrey Startsev, rector of the Catholic Church in Kazan, upon hearing the news that eight children and a teacher had been shot and killed by a lone gunman in a school in Kazan, Russia, this morning

“It is difficult to find the words to express the excruciating pain of the loss experienced by parents who have lost their children.” —Patriarch Kirill, head of the Russian Orthodox Church, also upon hearing the news of the shooting. Kazan, capital of Tatarstan, is a city 600 miles due east of Moscow. It is a city known for the peaceful relations between the people of the city, half of whom are Russian Orthodox Christians and half Tatar Muslims. Kirill is scheduled to preside over a ceremony on July 21 in Kazan for the dedication of a new cathedral in the city to house the precious icon of Our Lady of Kazan. The icon was found in Kazan in 1579. It was honored throughout Russia for more than 300 years, until just before the Communist Revolution in 1917. It was lost to Russia for nearly a century, then came back to Russia on August 28, 2004, sent by Pope John Paul II shortly before his death on April 2, 2005. The icon depicts Mary and the Child Jesus.

“The senseless murder of children at school no. 175 of Kazan has cast a dark shadow on today’s day.” —Catholic Bishop Clemens Pickel, head of the diocese of St. Clement in Saratov, Russia, of which the city of Kazan is part

Note: The following text is based on reports in the Italian press (link and link).

Eight children and a teacher were killed in a shooting in a school in Kazan, in the Tatarstan region, this morning. At the Kazan hospital, another 32 injured children were hospitalized in serious condition.

This morning at 9:20 a.m., while over 700 students and 70 teachers were in the School #175, Ilnaz Galyaviev, 19, later arrested by police, went up to the second floor of the school where he fired with a machine gun. The boy had studied at that school and had received a gun permit on April 28, two weeks ago.

Immediate were the reactions of condolence, starting with Russian President Vladimir Putin, who asked that “the rules for the circulation of arms be tightened up as a matter of urgency”.

Even Patriarch Kirill, in a letter to the President of the Republic of Tatarstan, reiterated it: “The tragedy that has occurred undoubtedly raises a serious question about the need to review the rules governing the spread of firearms in modern Russian society.”

Kirill also addressed the families of the victims: “It is difficult to find the words to express the excruciating pain of the loss experienced by parents who have lost their children and the feelings that overwhelm the hearts of millions of people upset by the tragedy that has occurred,” reads the letter. “The Russian Orthodox Church is with you all, with the relatives and friends of those who have been killed and wounded.”

“The senseless murder of children at school no. 175 of Kazan has cast a dark shadow on today’s day.” said Catholic Bishop Clemens Pickel, bishop of the diocese of St. Clement in Saratov, Russia, of which the city of Kazan is part.

Words of condolence also from Father Andrey Startsev, rector of the Catholic Church in Kazan: “I express my condolences to the families and friends of the children who died as a result of the cruel aggression in the Kazan 175 school. Kazan Catholics cry and pray for the victims, the injured and their families.”

We at Inside the Vatican and at our Unitas project, which seeks to “build bridges” between the Catholic and Orthodox Churches, also send our most sorrowful condolences to the people of Kazan, to the parents and families of the children and teacher killed, and pray for all of you. —RM 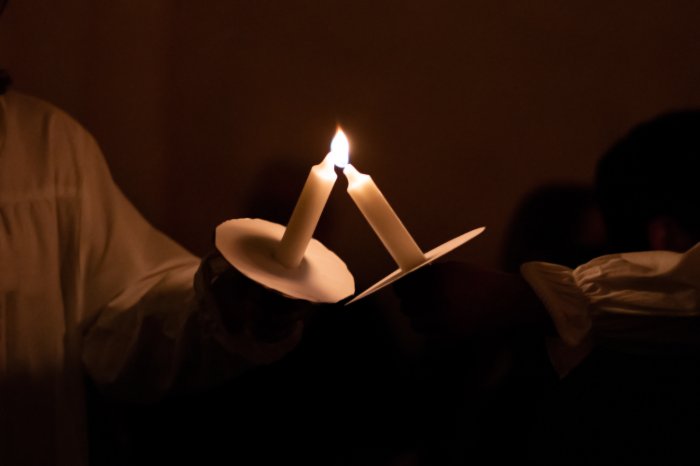