“The Eight Amendment (in 1983) inserted into the Fundamental Rights-Personal Rights section of the Constitution of Ireland an article that recognizes the equal right life of both the mother and the unborn child.

“Its object was to prevent legislators from introducing abortion, as had happened in other countries (such as Britain).

“The coming May 25 referendum seeks to delete the the child’s right to life from the Constitution — the only right an unborn has in the Constitution, according to a recent Supreme Court decision.

“Instead we are being asked to replace it with an article that reads: ‘Provision may be made by law for the regulation of termination of pregnancy,’ thus deleting the child’s right to life.”

—Father Vincent Twomey, 76 (photo, on the left, speaking with Emeritus Pope Benedict XVI). Twomey is one of the leading Catholic theologians in Ireland. He did his dissertation under Emeritus Pope Benedict. The lines cited above are from a letter he sent to me this weekend. In essence, the vote in favor of protecting unborn life is “No” — no, do not change Ireland’s Constitution, do not remove the protection. The entire letter is below, following my introduction

On Friday, May 25, there will be an important vote in Ireland — a vote important for the temporal and eternal life of many, and for the fate of the soul of the nation.

The vote will determine whether the unborn child, the embryo, will continue to have a constitutionally protected right to life in Ireland.

If the Constitutional protection of the unborn child is overturned, Ireland will likely proceed to abortion on demand.

And, yes, I ask openly that Pope Francis make a public appeal to the Irish people on this matter.

In order to understand better what is at stake, I reached out to an old friend, Fr. Vincent Twomey, S.V.D., 76, one of the leading theologians in Ireland today.

Below is his letter to me…

Please find attached a few paragraphs on the forthcoming referendum, as requested in your last email.

The Abortion Referendum in Ireland 2018 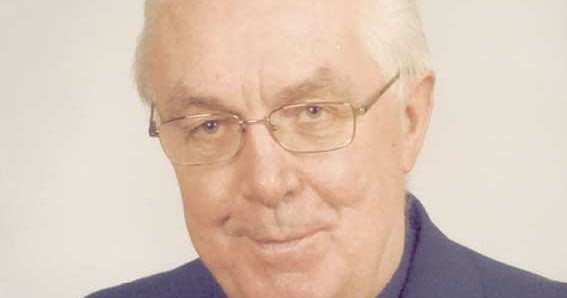 Croagh Patrick is the name of the legendary mountain on Clew Bay in the West of Ireland, where, according to tradition, St Patrick spent 40 days in prayer and fasting imploring God that Ireland would never lose the faith.

As I write these lines, Eucharistic adoration is being held in the little chapel on the mountaintop imploring God that the referendum next Friday, May 25th will not succeed.

The referendum aims to remove the right to life of the unborn child in order to introduce abortion on demand to Ireland.

Eucharistic devotion on Croagh Patrick for 40 days leading up the referendum is one of the many prayer-and-fasting initiatives being taken by the faithful throughout the length and breadth of the country.

This latest effort is a call to prayer at the old Mass Rocks used when the Church was outlawed and Catholics were persecuted.

And such prayer is needed, since here in Ireland we are contending with nothing less than powers and principalities (cf. Eph 6:12).

The Eight Amendment (1983) inserted into the Fundamental Rights-Personal Rights section of the Constitution of Ireland an article that recognizes the equal right life of both the mother and the unborn child.

Its object was to prevent legislators from introducing abortion, as had happened in other countries (such as Britain).

The coming May 25 referendum seeks to delete the the child’s right to life from the Constitution — the only right an unborn has in the Constitution, according to a recent Supreme Court decision.

Instead we are being asked to replace it with an article that reads: “Provision may be made by law for the regulation of termination of pregnancy,” thus deleting the child’s right to life and giving the legislators a blank cheque.

The Government has already outlined the legislation they will bring in to “regulate” abortion on demand — effectively up to the 24th month and in principle up to before delivery in exceptional cases (such as a child’s life-limiting condition).

In the words of Archbishop Diarmuid Martin, Primate of Ireland, the repeal of the Eight Amendment “would be a point of no return for the country.”

Considering Ireland’s renown as Catholic, the referendum has implications not only for Ireland but for other countries around the world, especially Catholic countries, which are struggling to protect life in the womb against massive pressure from anti-life forces.

For this reason, those powerful forces worldwide are keen to see the Referendum passed.

And they are helping to finance the highly organized pro-abortion campaign, framed exclusively in terms of compassion for women in crisis pregnancies.

The media have been part of that campaign, marked by deception and misleading information.

It is difficult for Pro-Life voices to be heard, though some have on occasion managed to break through the barrier.

On the other hand, the Pro-life movement have been able to use social media very effectively — to such an extent that Google and Facebook have had to resort to banning Pro-Life advertising, which graphically bring home to people what they otherwise would not, or do not want to, know.

Thanks to the Eight Amendment, Ireland has one of the best maternity care records in the world and one of the lowest in terms of infant mortality.

Apart altogether from the grave moral issues involved, the proposed legislation will undermine that impressive medical tradition based on Catholic principles of medical care.

Further, according to the legislation to be introduced in the wake of a Yes-vote, medical professionals (general practitioners, nurses, midwives, obstetricians, gynaecologists and pharmacists) will be obliged by law to provide this “service” more or less on request, since the clause covering “conscientious objection” is in fact meaningless.

Because the medical schools will inevitably include instruction on abortion procedures in their training programmes, practicing Catholic students (and other young men and women of good faith) will be effectively excluded from the caring professions.

And that in Ireland, whose health system was built up from scratch over two centuries by countless dedicated Religious Sisters, Brothers and laity!

While the Bishops have come out with strong statements advocating a No-vote, the Association of Catholic Priests mostly led by dissenting clerics has sent out ambiguous signals, and some few priests have even come out in favour of the Yes-vote.

The No-campaign has been primarily a lay initiative — and it has produced some remarkable young and articulate (predominantly female) defenders of the unborn child and its mother — summed up the slogan: “Save Both.”

These courageous and dedicated men and women have been campaigning tirelessly since last year. Door-to-door campaigner have been experiencing venom and insults at the doorsteps.

The public atmosphere is toxic.

One spokeswoman texted me recently looking for prayers, adding: “this referendum is killing us.”

Fatigue is beginning to show.

At the last Pro-Life Rally in Dublin on May 12th, I was alarmed to see the strain on the faces of many of the leaders, known to me personally. Prayers are urgently needed.

Denis Vincent Twomey SVD (born 1941) is an Irish Roman Catholic priest, Professor Emeritus of Moral Theology, and a “patron” of the Iona Institute, a leading proponent of the Catholic faith in Ireland.

Twomey grew up in Cork, where he attended Christian Brothers College.

He entered the Divine Word Missionaries in 1963.

After philosophical studies at Donamon, County Roscommon, and theological studies at St Patrick’s College, Maynooth, he was ordained priest on 6 January 1970.

After ordination, he spent a semester in Münster, Westphalia, studying under the theologian Karl Rahner, before he transferred to the University of Regensburg to do his doctoral studies under the supervision of Joseph Ratzinger.

On completing the doctorate in 1979, he was sent to teach in the Regional Seminary of Papua New Guinea and the Solomon Islands for three years as Professor of Dogmatic Theology.

After this, he was appointed professor at the Divine Word Missionary Theology Faculty at Mödling, near Vienna, Austria.

In 1983, he was appointed lecturer in moral theology at Maynooth, the main seminary of Ireland, and was subsequently made Professor.

He was also Visiting Professor on the Theology Faculty of the University of Fribourg, Switzerland, in the Summer semester of 1983.

Since 1978, he has been a member of the Ratzinger circle of doctoral and post-doctoral students that meets once a year for a week-end seminar.

In 1986, he founded The Patristic Symposium at Maynooth to promote the study of Patrology and has organised six international conferences on the subject.

Since September 2006, he is Professor Emeritus of Moral Theology.

He is at present a member of the Provincial Council of the Irish and British Province of the Divine Word Missionaries, as well as being an elected member of the House Council in the SVD House, Maynooth.

On 10 October 2011 he was conferred with the Pro Ecclesia et Pontifice medal by Cardinal Raymond Burke. The medal was given to Fr Twomey for outstanding services rendered to the Church and to the Pope.

On 2 December 2009 Twomey, speaking on the Dubian diocese’s Murphy Report, which revealed the extent of the problem of clerical sexual abuse of young people, and the inadequate response of many bishops, said that those bishops named in the report “should resign immediately from their current pastoral positions.”

And, yes, I send this email also in memory of Alfie Evans, who died on April 28 (photo below).

His life support was turned off on April 23, 2018, after a last-ditch bid by his parents was rejected, and he passed away on April 28 at 2.30 am., just 11 days before his second birthday.

In memory of Alfie, and of all innocent children, Ireland should surprise the world, and vote in favor of life. 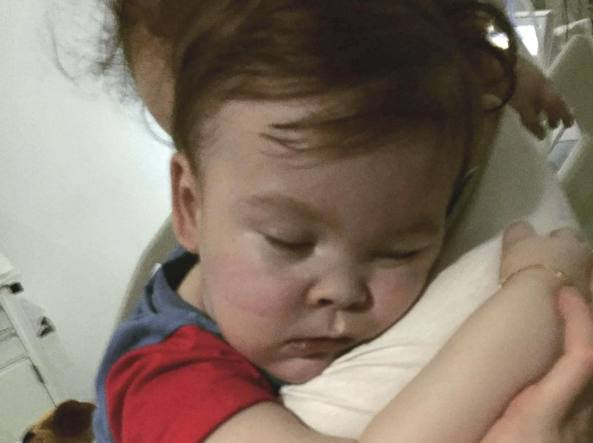 “The glory of God is man alive; but the life of man is the vision of God.”—St. Irenaeus of Lyons, in the territory of France, in his great work Against All Heresies, written c. 180 A.D.