I received this message below from my friend, the Catholic writer Andrew Rabel, of Melbourne, Australia. It seemed to be worth sharing.

Very last last night, I received some sad news. That Mrs. Helen Hitchcock of St. Louis had passed away.

I knew Helen for many years (after her first visit to Australia in 1990). I visited her and her husband Dr. James Hitchcock, a Professor of History at the University of St. Louis on several visits to the USA, and during my last visit in 2009, they very graciously put me up in their home, for a few days.

I remember the fun evenings the three of us had, talking about all the controversial issues, late into the night! It was also terrific going to Mass with them, at the St Louis Cathedral, named after the holy French king. When you visit there, you get to understand very quickly why the city on the Mississippi River, is nicknamed “the Rome of the West.”

Helen was emailing me only a few weeks ago to congratulate me on the news of Bishop Anthony Fisher, becoming the archbishop of Sydney.

A mother of four daughters (and six grandchildren), Helen was a convert from a break-away Episcopalian Church, in 1984. (She had been involved in the battles against women’s ordination with the Anglicans, unsuccessfully!)

But as a new Roman Catholic, she swung into action, almost immediately.  Finding an organization called Women for Faith & Family (of which there was a journal called Voices) she composed an “Affirmation for Catholic Women” in 1985 which was signed by approximately 50,000 women around the world, an early one being Mother Teresa of Calcutta, affirming the Church’s teachings on marriage, family, and sacramental questions. It was done to counteract certain feminist influences inside the Catholic Church, which they did not believe was representative of how the majority of Catholic women felt.

For all this talk about Synods at the moment, Helen lodged thousands of these petitions in Rome for the Synod for the Laity in 1987, and got mentioned for her efforts by Time magazine.

Helen also founded the organization Adoremus to put into practice Pope Benedict’s “reform of the reform,” by trying to promote a sense of beauty and reverence, in the reformed liturgy. (Many people subscribe to the Adoremusbulletin). Both organizations operated out of the same office in St. Louis, which I visited on several occasions, of which they had some wonderful young people working there. I remember one afternoon we all went out to have the famous Ted Cruze “frozen custard.”  (I had a lot of pleasure seeing the ice cream booth on the Australian TV travel show Getaway a short time later, and telling my parents, “I’ve been there!”).

I include a much larger obituary for Helen, and I would like to say in her memory, what a very kind and humble lady she was. 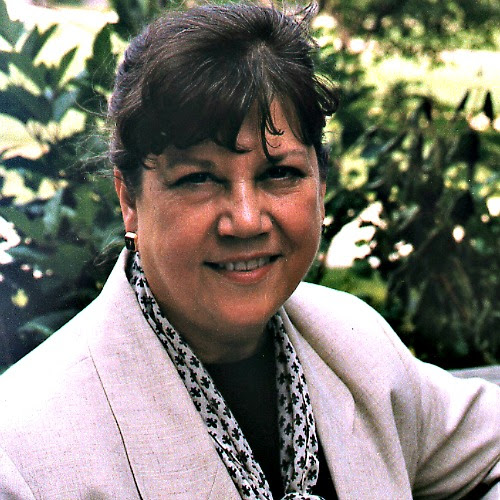 (And here is the article Andrew included, from the National Catholic Register.)

Helen Hull Hitchcock: A Valiant Voice for Faith and Family

The founder of Women for Faith and Family and the editor of the Adoremus Bulletin died Oct. 20 at the age of 75

ST. LOUIS — Helen Hull Hitchcock, an influential Catholic laywoman whose name is forever associated with the fierce battles over the Catholic Church’s teaching on women that raged in the 1980s and her staunch advocacy for a renewal of beauty in the liturgy, has died at the age of 75.

Hitchcock, founding director of Women for Faith and Family and editor of Adoremus Bulletin, died Oct. 20 in St. Louis. The Hitchcock family said that she died after a brief illness.

She was married to James Hitchcock, the noted Catholic author and emeritus professor of history at Saint Louis University. The couple has four daughters and six grandchildren.

A funeral Mass will be celebrated Monday at her parish, St. Roch Church, in St. Louis.

A former Episcopalian who became a Catholic in 1984, Hitchcock jumped into the fray when the Catholic bishops in the United States were preparing a pastoral letter on the role of women in the Church and feminists were coming forward to air shrill critiques of the Church.

Word of her death spread quickly in Catholic circles.

“I’m very saddened that we’ll not have her among us in the Church militant,” said Jesuit Father Joseph Fessio of Ignatius Press, which published works written and edited by Hitchcock.

Describing both Hitchcocks as “a bulwark of the faith in the U.S.,” Father Fessio added, “As I think of her now, the refrain that I hear again and again is: ‘Well done, good and faithful servant.’ Wife. Mother. Warrior. Journalist. Liturgist. Musician. Friend. Humorist. Helen.”

“She was someone who, in a quiet and unassuming way, had a profound impact on the life of the Church,” said Michael Warsaw, chairman of the board and chief executive officer of EWTN, where Hitchcock was a member of the board of governors for more than 15 years.

Canon law professor Edward Peters remembered Hitchcock on his Facebook page as “a major voice for liturgical sanity and Catholic femininity in the chaotic decades after Vatican II.”

“Helen Hull Hitchcock was a true daughter of God,” said Catholic journalist Mary Jo Anderson. “I recall a visit to her home, early in my association with Women for Faith and Family, where she showed me a stained-glass window in the little room set aside for her prayer. Everything Helen did for the Church began with prayer.”

While Hitchcock’s witness may have been quiet and dignified, nobody, friends or those on the other side, could say she was not heard.

Women for Faith and Family

To provide support for orthodox Catholic women in troubling times, six St. Louis women, led by Hitchcock, gathered in a dining room in 1984 to talk about their concerns, and the result was the founding of Women for Faith and Family.

The organization was founded at a time when the U.S. bishops were conducting “listening sessions” to prepare for writing the pastoral letter on women in the Church, and there was widespread concern that the hierarchy was hearing primarily from radical feminists who had grievances with the Church.

Hitchcock went to Rome to present in person the first batch of 10,000 affirmation signatures to Pope John Paul II. Subsequent Popes have received additional signatures. The U.S. bishops abandoned the idea of producing a pastoral letter on women in 1993, after nine years of contentious debate and repeated calls for revisions from the Vatican.

Feminist language was always a particular concern for Hitchcock. In 1992, she edited a book entitled Politics of Prayer: Feminist Language and the Worship of God, published by Ignatius Press and consisting of essays by prominent scholars, including Jewish scholars, on feminist attempts to alter language they deemed “sexist” in the liturgy and religious texts.

She explained in 1995 why she was so adamantly opposed to the feminization of religious language.

“As Catholics, who have been formed, inspired and sustained by the sacraments of the Church through participation in the liturgy, the Church’s central action and principal means of transmission of the Catholic faith, we are strongly aware of the power of symbol in human consciousness,” she wrote. “We, therefore, deplore attempts to distort and transform language and liturgy, both of which make such potent symbolic impressions on the human mind, to confirm to a particular contemporary ideological agenda at odds with Catholic belief and practice.”

Renewal of the Sacred Liturgy

As much as she is identified with her work on women in the Church, Hitchcock will be equally remembered for her work with the Adoremus Society to Promote Renewal of the Sacred Liturgy, which she co-founded with Father Jerry Pokorski.

Always the first stop for anyone studying liturgy, Adoremus Bulletin andAdoremus website feature well-written and lively articles on the sacred liturgy. The website is particularly valuable as the repository of relevant Church documents. The Adoremus Hymnal, first published by Ignatius in 1997 and since updated, features chants and musical settings and is used in many parishes.

A light in the darkness

“It’s hard to know where to begin,” said Margaret Whitehead, a retired director of religious education in New York and Virginia and creator of online Catholic education material. “Helen had so many spiritual and practical insights that enabled her to understand the significance of many of the modern cultural deviations from the true, the good and the beautiful, especially when they touched upon the nature of man and woman, marriage and family and the inviolability of liturgical language and symbols.”

“She was always so strong, a light in the darkness, encouraging women not to be intimidated by the loud feminist voices and to be true to the authentic feminine vocation of mother, teacher and woman of faith,” said Mary Ellen Bork, who served on the editorial board of Voices, a magazine founded by Hitchcock to reflect on pro-life issues, Church teaching, bishops’ conferences and spiritual life today.

She was also persistent, as a story Donna Bethell, chairwoman of the board of directors of Christendom College, likes to tell.

Hitchcock, who sent memos about the Church in the United States to officials in Rome on which her distinctive initials, HHH, figured, was invited to speak at Christendom.

Cardinal Francis Arinze, then-prefect for the Congregation of Divine Worship and the Discipline of the Sacraments, was also on the program.

When Bethell was in the process of introducing Hitchcock to the cardinal, she had barely uttered Hitchcock’s name when the delighted prelate stopped her.

“He threw out his arms and said, ‘HHH!’ Helen was on cloud nine because that meant that he was reading her memos. She had an impact, and people listened to her.”

Mary Shivanandan, an author and a retired faculty member at the Pontifical John Paul II Institute for Studies on Marriage and Family at The Catholic University of America, knew Hitchcock for many years.

She summed up her life: “In the midst of an increasingly secular culture and a strident feminism,” she said, “Helen embodied the true ‘woman’s genius’ of John Paul II by bringing to bear her feminine gifts to the pressing problems of our day without compromising her role as wife, mother and grandmother. Not only by her words, but also by her witness, Helen was and will continue to be an inspiration to Catholic women.”

Here is a link to this article, and on the site you may consider subscribing to theRegister: hitchcock article