“Quite soon, I shall find myself before the final judge of my life. Even though, as I look back on my long life, I can have great reason for fear and trembling, I am nonetheless of good cheer, for I trust firmly that the Lord is not only the just judge, but also the friend and brother who himself has already suffered for my shortcomings, and is thus also my advocate, my ‘Paraclete’…” —Emeritus Pope Benedict XVI, in a February 6 essay in response to accusations against him concerning the years when he was Archbishop. of Munich, 1977 to 1981 (full text here). The letter is cited in a February 14 analysis of the charges and Benedict’s response by Vatican reporter Andrea Gagliarducci. Gagliarducci’s essay in below…

Andrea Gagliarducci is a thoughtful young Italian Catholic writer who lives in Rome where he is a correspondent for Catholic News Agency (now part of EWTN), and produces a weekly essay called “MondayVatican.” (link).

I came to know Andrea a decade ago when he came to Rome, and he contributed a number of excellent pieces to Inside the Vatican. So we are colleagues and friends.

Gagliarducci has just published a piece on Pope Emeritus Benedict, and Benedict’s recent essay in response to accusations that, when Benedict was Archbishop of Munich from 1977 to 1981, he did not act effectively or urgently enough to protect young people from priests who had been credibly accused of some act of misconduct or abuse.

I felt readers might like to read Gagliarducci’s evaluation of this matter, and be introduced to him as a writer on Church affairs. —RM 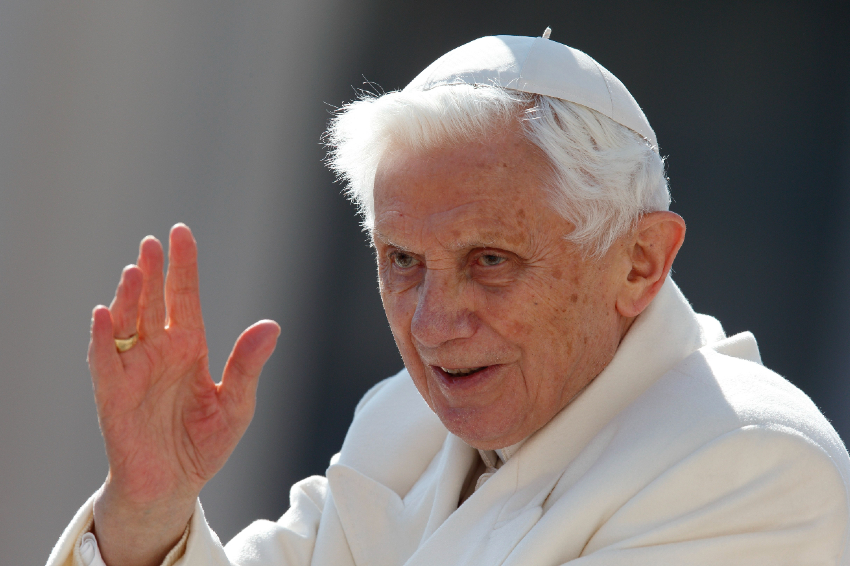 Benedict XVI, his gaze towards the future (link)

The anniversary of Benedict XVI’s historic resignation was overshadowed by accusations of not having handled well the cases of abuse in the archdiocese of Munich and Freising, of which he had been archbishop from 1977 to 1983. And so, Benedict XVI, after having already given an 82-page answer with the assistance of some lawyers, had his lawyers giving further clarifications, and – above all – wanted to write a personal letter to those clarifications.

In that letter, the whole thought of Benedict XVI is condensed. Benedict XVI, in that letter, behaved like a Pope. He stated the veracity of his statements but did not seek excuses for the plague of abuses in the Church. On the contrary, he asked for forgiveness. He looked at the issue of abuses in the Church in a broader way, as he generally does.

Benedict XVI wrote: “Let us pray to the living God publicly to forgive our fault, our great and very great fault. It is clear that the word ‘very great’ does not refer in the same way to every day, to every single day. But every day, he asks me if I shouldn’t talk about very great guilt, even today. And he consolingly tells me that no matter how great my guilt might be today, the Lord forgives me if I sincerely let myself be scrutinized by him and am willing to change myself. ”

These are the words of those who do not seek easy self-justification. But, above all, these are words with which Benedict XVI demonstrates the courage to assume all responsibilities, to be part of the community of the Church even by suffering for the sins of its members. We believe together, we suffer together, we redeem ourselves together, says Benedict XVI. In his words, the Church truly becomes a community of believers.

There is no personalism in Benedict XVI. Not that he was a Pope who didn’t make decisions. But all the decisions he made started first of all from prayer, from the analysis of God’s will. Nothing was to be separated from the Gospel. Nothing should make his personal thoughts take precedence.

Nine years after his resignation, we realize that Benedict XVI’s thinking was genuinely revolutionary. In an era of personalism and individualism, Benedict XVI tried to teach that the Church does not exist thanks to individuals but thanks to Christ. When strong government seemed inevitable, Benedict XVI managed a pontificate during which he governed lightly, always looking first at people and then at choices. (…)