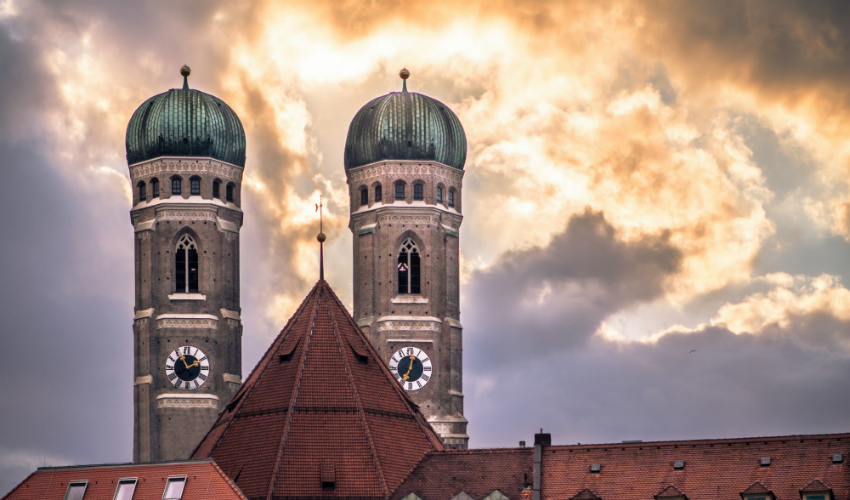 “The Church doesn’t belong to Bergoglio but to Christ.” —Italian Catholic journalist Vittorio Messori, author in 1984 of The Ratzinger Report, an interview book with then-Cardinal Joseph Ratzinger (later Pope Benedict XVI) and then of an interview with John Paul II, at the time when interviewing a Pope was quite unusual (link and link) 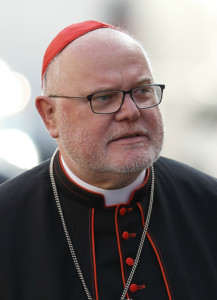 Reinhard Marx has fired back at the Vatican after it informed him the German bishops’ plans for a ‘binding synodal path’ are ‘not ecclesiologically valid,’ saying the German bishops’ plans, which include addressing issues of priestly celibacy, the role of women, and sexual morality, will be ‘helpful’ to the Church.” —Lifesitenews, September 17, 2019, yesterday. (link and link) This is an example of resistance among German Catholic leaders to obeying instructions from the Holy See. As an initial interpretation, it seems to represent a tendency on the “left” in the Church in Germany toward open disobedience to the Holy See (according to traditional definitions, the essence of schism). While this is occurring, much attention in the press continues to focus on the possibility of a “schism” from the Catholic “right,” especially among “conservative” Catholics in the United States. So these events in Germany are a suggestion of the difficult of the present Church situation: actual schismatic acts (possibly) surfacing on the “left,” while debate about schism intensifies on the “right” (of course categories such as “right” and “left,” when speaking of Church doctrine, are inadequate and so in some way false)

“I beseech you, brethren, that there be no schisms among you; but that you be perfect in the same mind, and in the same judgment.” —St. Paul, 1 Corinthians 1:10

The Need for Unity within Doctrinal Orthodoxy

There is a great need in the Church right now for unity in judgment, as expressed by St. Paul: “I beseech you, brethren, that there be no schisms among you; but that you be perfect in the same mind, and in the same judgment.” (St. Paul, 1 Corinthians 1:10)

But the very fact that St. Paul appeals to the Corinthians in this way reveals that the temptation for Christians to divide, to make different judgments, goes back to the very first years of the Church.

Hence the profound need to work for Church unity by every means, at all times, and in every way, today as in the past — and in years to come.

Otherwise, schisms may come, and have come.

In recent weeks, following the publication of a French book which argued that there is a desire among conservative Americans to “change the Pope,” Pope Francis remarked on the papal airplane that he is “honored” to be criticized “by Americans.”

A few days later, on the same plane as he returned to Rome from Africa, he said in answer to a question that, even if a schism occurs in the Church, he does not “fear a schism.”

That papal remark led to a further flurry of articles about the dangers of a possible schism in the Catholic Church. (see for example link)

But where is the true danger of schism greatest?

For example, in Germany, the German bishops seem now intent on plowing ahead with a “binding synodal process” despite instructions from Rome that this process — coming to doctrinal decisions in one country — is not acceptable.

Cardinal Marc Ouellet, head of the Congregation of Bishops, wrote German bishops a 4-page letter saying the Synodal Assembly is contrary to instructions from Pope Francis and “not ecclesiologically valid.”

But on September 12, Cardinal Reinhard Marx of Munich-Freising, head of the German bishops’ conference, 65 (he turns 66 in three days) wrote back to Ouellet to say the German bishops believed they had good reasons to carry out their plan, and would not obey Rome.

Rome’s argument is that Catholic doctrine must be common throughout the worldwide Church. It cannot be decided in one country, by one country’s bishops’ conference. (see the two links cited after the quote of Cardinal Marx above).

So where is the danger of schism in the Church greatest? On the “right” — or on the “left”?

Who is departing from traditional Church doctrine, and so from Church unity, and who is defending that traditional doctrine?

This is the question.

As this takes place, an interesting interview with Italian Catholic author Vittorio Messori has just been picked up by the Rorate Caeli website, a site which focuses on the splendor of the Church’s old liturgy.

Messori is the Italian Catholic layman who became famous with his book interview of Cardinal Ratzinger in 1984, called The Ratzinger Report.

This interview recalls to all of us, layman and priest alike, that the Church is not a social organization or a business or a human institution, but a mystical reality “in Christ” and “under Christ,” and that no human being “owns” the Church, but all serve the Church, which is Christ’s.

And Messori ends by repeating that, despite human tendencies to both error and schism, “Christ will not abandon His Church.”

Vittorio Messori: “The Church does not belong to Bergoglio”

“The Church doesn’t belong to Bergoglio but to Christ. Certainly, I’m worried” says the well-known Catholic journalist, Vittorio Messori, fine intellectual, author of a historic, John Paul II interview, at the time when interviewing a pope was not the done thing by newspapers.

“I have seen many people worried, even desperately. As a believer, nonetheless, I keep in mind that  the Church is not a business, a multinational or a state. In a word, it cannot fail. Certainly, there are plenty of reasons for alarm. I’m thinking, for instance, of the upcoming Synod on the Amazon and its related equivocations; I don’t know what they want to attain – probably the married priesthood.   So, I’m worried, but not desperate because the Church does not belong to Bergoglio or the bishops, but to Christ alone and He governs it with wisdom. The forces of evil will not prevail,”

In your opinion, is there a kind of underlying confusion?

Vittorio Messori: Yes, there is, and it is saddening, bewildering, But I think sooner or later the Father will intervene. God surpasses our limited vision of things”.

Do you believe that there is a type of conformism, even informational, regarding Pope Francis?

Messori: The conformism you are referring to exists. It is quite palpable in the Church. It is staggering that only two or three, almost 90-year-old cardinals are speaking up and protesting. Many bishops and cardinals I talk to in private, throw up their hands in despair and dissent, but they are afraid, silent — they keep quiet. For 2000 years, touching the Pope has [always] been discouraged, but such a tendency is accentuated today and one can clearly experience it firsthand.

It is said that this is the Church of mercy, but is it really so? Those in command are intolerant of any criticism.

I wrote a polite article for the Corriere della Sera, in which I posed some questions and reflections and I was covered with insults, especially from certain Catholics in the media. A committee to petition my removal from the Corriere sprung up. This committee includes — to use the fashionable expression — the “giglio magico”* (supporters, literally, the “magic lily”) of the Pope. Well then, how can it be affirmed coherently that this is the Church of mercy, of open and sincere dialogue, of parrhesia? As I said before, I’m worried, but not desperate. Christ will not abandon His Church.”

Note: I urge readers to consider whether they might not wish to “take a break” and go on pilgrimage to Rome in October with two groups which have already been planned for many months, but which each have two or three open spots. Write by return email if you would have interest in visiting Rome in October.

(Note: These Letters are archived on the ITV website…)

Click here to read all of the Moynihan Letters.