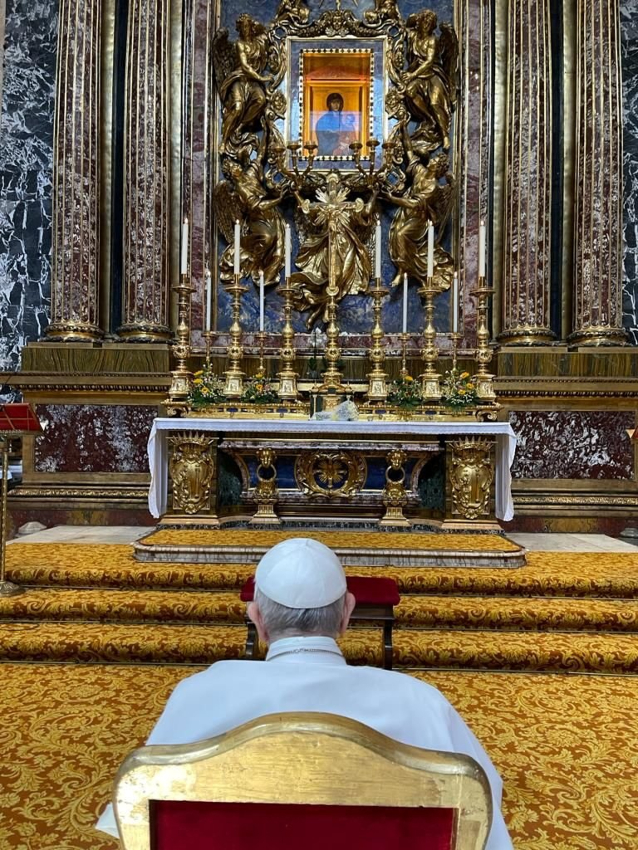 Above, Pope Francis today, after leaving Rome’s Gemelli hospital, visiting the chapel of the icon of Our Lady Salus Populi Romani in the Basilica of St. Mary Major in Rome. The Pope has stopped at this chapel at the beginning and the end of every trip he has made since he became Pope in 2013, eight years ago. It is reportedly the 87th time that the Pope has visited the chapel since he became Pope (link) 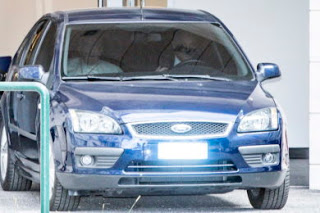 This is the car that carried the Pope home from the hospital. You can see the Pope in the front passenger’s seat of the car, dressed in white.

This is the text of the communique issued today by the Vatican Press Office:

In response to questions from journalists, the Director of the Holy See Press Office, Matteo Bruni, has confirmed that the Holy Father was discharged from “A. Gemelli” Hospital shortly after 10.30 this morning.

Before returning to the Vatican, the Pope went to the Basilica of Saint Mary Major where, before the icon of the Virgin Mary Salus populi romani, he expressed his gratitude for the success of his surgery and offered a prayer for all the sick, especially those he had met during his stay in hospital.

Shortly before midday he returned to Casa Santa Marta.

And this is the tweet Pope Francis sent out to thank all who have prayed for him in the 10 days since his July 4 colon operation (link):

“I thank all those who have been close to me with their prayers and affection during the days of recovery in the hospital. Let’s not forget to pray for the sick and for those who care for them.”