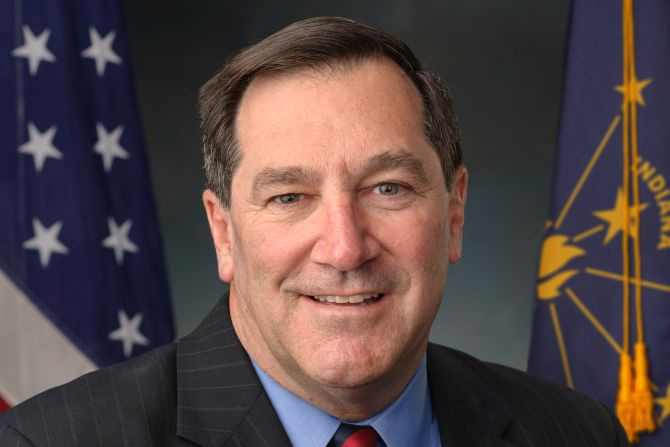 Donnelly is a Catholic and a former professor at the University of Notre Dame, where he received his undergraduate degree and his law degree. He served in the U.S. Senate from 2013 to 2019, leaving office after he lost the 2018 election to Republican challenger Mike Braun. He represented Indiana’s 2nd Congressional District from 2007 to 2013, during which time he voted against funding embryonic stem cell research and was a strong foe of abortion funding in the 2010 Affordable Care Act.

In the Senate he reversed his position against federal funding for Planned Parenthood, which provides abortions.

Donnelly is currently a partner at Akin Gump law firm in Washington, D.C. He is chairman of the board at the New York-based Soufan Center, a non-profit think tank whose work on global security and foreign policy focuses on counter-terrorism, violent extremism and armed conflict.

He is an advisor to multiple corporations. The White House noted that his honors include the U.S. Navy Distinguished Service Medal.

University of Notre Dame president Rev. John I. Jenkins, C.S.C. congratulated Donnelly on Friday, calling him “an ideal choice” for the position.

While in Congress, Donnelly was known as a pro-labor, pro-life moderate Democrat, who changed his position on marriage in 2013.

He supported some pro-life policies over the years, including restrictions on abortions after 20 weeks and banning taxpayer-funded abortion; he also earned criticism from some pro-life groups for eventually voting against defunding Planned Parenthood in the Senate.

Donnelly was one of dozens of Democrats to oppose abortion funding in the Affordable Care Act while it was being considered in Congress in 2009. He was one of the last House Democratic holdouts who abandoned their opposition and voted for the bill on its final passage in 2010, as President Obama promised the bill would not fund abortion. The U.S. bishops’ conference remained opposed to the law, in large part due to concerns about its funding of abortion coverage.

Pro-life groups were split on Donnelly in his 2018 re-election as senator. Democrats for Life of America supported his re-election, but Susan B. Anthony List opposed his candidacy, saying he “claims to be pro-life, but he has a history of betrayal on important pro-life votes.” His vote against confirming Brett Kavanaugh to the Supreme Court surfaced as an issue in his re-election, along with the issue of abortion which his opponent Mike Braun repeatedly raised in a 2018 debate.

Donnelly in 2013 announced his support for redefining marriage, saying it was “the right thing to do,” as Politico reported.

This article was updated on Oct. 8 with additional information.