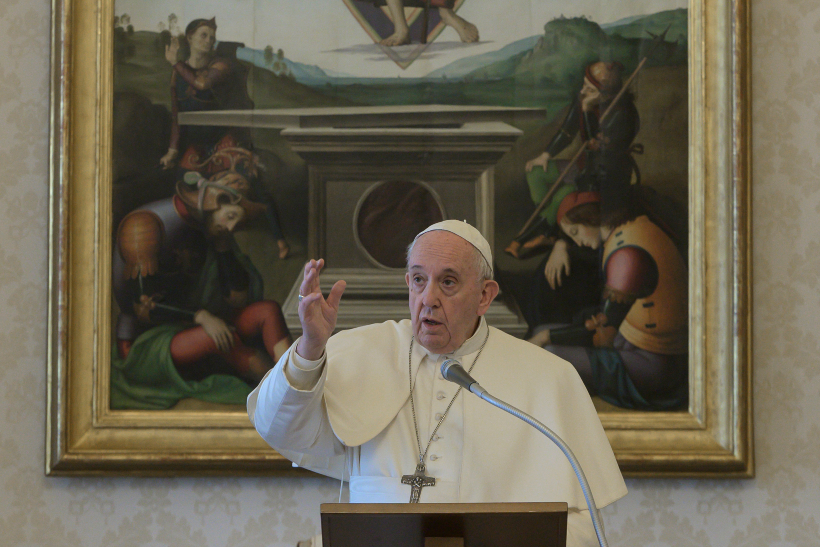 Pope Francis joins the UN Secretary-General, Antonio Guterres in calling for a global ceasefire as the world faces the onslaught of the Covid-19 pandemic.

In words following the recitation of the Marian Prayer on Sunday,  Pope Francis highlighted an appeal launched by the Secretary-General of the United Nations, Antonio Guterres this week calling for an ‘immediate global ceasefire in all corners of the world’, amidst the current Covid-19 pandemic.

From the Library of the Apostolic Palace, the Pope said he joined all those who had made this call and he invited everyone “to follow it up by ceasing all forms of hostilities, encouraging the creation of corridors for humanitarian aid, openness to diplomacy, and attention to those who find themselves in situations of vulnerability.”

“May our joint fight against the pandemic bring everyone to recognize the great need to reinforce brotherly and sisterly bonds as members of one human family”, the Pope said.

“In particular, may it inspire a renewed commitment to overcome rivalries among leaders of nations and those parties involved. Conflicts are not resolved through war.”

Antagonism and differences, Pope Francis underlined, “must be overcome through dialogue and a constructive search for peace.”

He also had a special mention for all those at this time who have to live in groups, such as those in nursing homes and barracks.

The Pope also drew attention to those who are in prison.  In a special way, Pope Francis said,  “I would like to mention people in prisons. I have read an official memo from the Human Rights Commission which talks about the problem of overcrowded prisons which could become a tragedy. I call on the authorities to be sensitive to this serious problem and to take the necessary measures to prevent future tragedies.”