Pope at Angelus: ‘Be heralds and witnesses of God’s love’

Pope at Angelus: ‘Be heralds and witnesses of God’s love’ 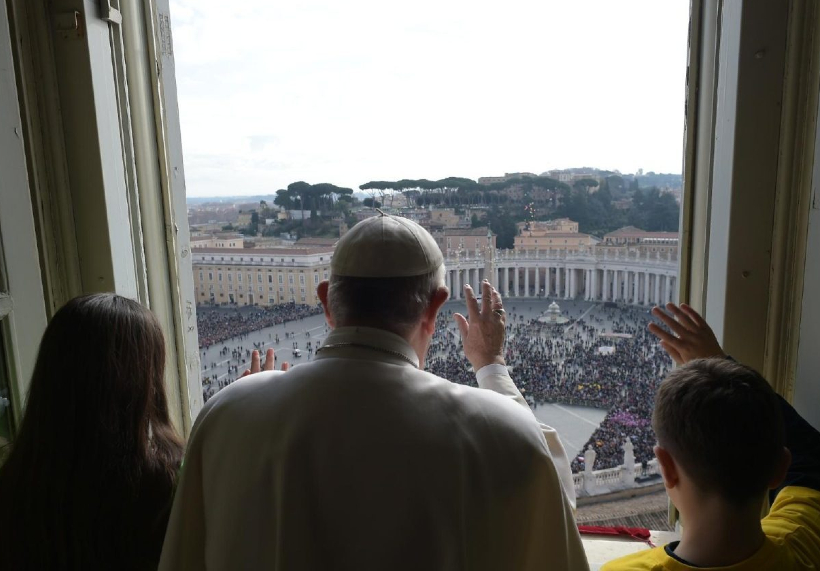 Pope Francis reflects on the Gospel reading of the day and says all people of goodwill are called to be open to the mercy of the Father and allow themselves to be transformed by the grace of the Holy Spirit.

Pope Francis addressed the pilgrims gathered in St. Peter’s Square for the Sunday Angelus encouraging them to allow themselves to be transformed by the grace of the spirit and to become heralds and messengers of the saving Word of God.

He reflected on the Gospel of the day which tells of how Jesus met the disciples on the shores of the Sea of Galilee and called them to conversion.

Noting that Galilee was a place on the peripheries which was looked upon with suspicion as it was where the people mingled with the Gentiles, the Pope said: “nothing good and new was expected from that region, instead, it was precisely there that Jesus began his preaching.”

It was there, the Pope said that Jesus proclaimed: “Convert, for the kingdom of heaven is at hand”.

This proclamation, he said,  “is like a powerful beam of light that pierces the darkness and cuts through the fog.”

Trust in Christ and his Spirit

Often, he continued, it seems impossible to change one’s life, to abandon the path of selfishness, evil and sin. But that’s because our commitment to convert is centered only upon ourselves and on our own strength, and not on Christ and his Spirit.

Thus he urged believers to open their hearts and minds in order to receive the Good News of Jesus Christ, the news that changes the world and transforms hearts!

“We are called, he said, to trust in the Father, to open ourselves to His mercy and to allow ourselves to be transformed by the grace of the Holy Spirit.

That’s what happened to the first disciples, Pope Francis explained, whose encounter with Jesus gave them the impetus to follow him, to change their lives by concretely putting themselves at the service of the Kingdom of God.

And like Jesus, he noted, they felt comfortable on the frontier, mingling with the Gentiles, in order to be light and to proclaim true freedom to all, the freedom brought by Christ.

The Pope concluded inviting all Christians to imitate those first heralds and messengers of the Word of God, following in the footsteps of the Saviour, to offer hope to those who thirst for it.