Pope at Angelus: ‘God teaches us true freedom and responsibility’

Pope at Angelus: ‘God teaches us true freedom and responsibility’ 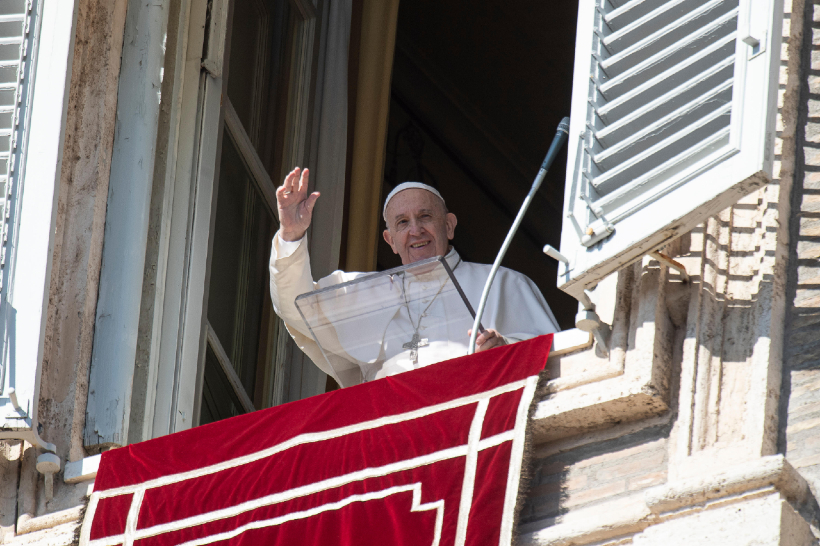 Pope Francis reflects on the Gospel reading for the 6th Sunday in Ordinary Time, which deals with the fulfillment of the Law.

Pope Francis on Sunday told the faithful that God came into the world to give us His Grace so we can do His will, and he explained that through His law, Jesus teaches us true freedom and responsibility.

Speaking to the pilgrims gathered in St. Peter’s Square for the Angelus, the Pope reflected on the Gospel reading which is taken from the “Sermon on the Mount” and deals with the subject of the fulfillment of the Law.

“Let’s not forget this: to live the law as an instrument of freedom, which helps me to be more free, which helps me not to be slaves to our passions and sin,” he said. The Pope reflected on war and its consequences, “so many calamities, so many.” This, he said, “is the fruit of the passions, and people who make war do not know how to master their passions”.

When we give in to temptations and passions, he continued, we give up being in charge of our lives.

The Pope went on to explain that Jesus warns his disciples about the danger of thoughts of murder, adultery, divorce or making false oaths.

Accepting the Law in our hearts

Jesus, the Pope said, does not abolish the prescriptions concerning these problems, rather he explains their deeper meaning and indicates the spirit in which they must be observed.

And, he said, he exhorts us to move from a formal observance of the Law to a substantial observance, “accepting the Law in our hearts.”

“From the heart come good and bad deeds,” he said.

Pope Francis said that by accepting the Law of God in our hearts “we understand that when we do not love our neighbor, we kill ourselves and others to some extent, because hatred, rivalry, and division kill fraternal charity which is the basis of interpersonal relationships.” That’s true not only for war, he said, but “also for gossip, because the tongue kills.”

Not everything we desire can be had

Only by accepting the Law of God in our hearts, he said, “can we understand that desires must be guided because not everything we desire can be had.”

He noted that Jesus is aware that it is not easy to live the Commandments in such a profound and all-encompassing way, and said: “that is why He offers us the help of His love.”

“He came into the world not only to fulfill the Law but also to give us His Grace, so that we can do God’s will, loving Him and our brothers and sisters,” he said. “We can do everything, everything, with the grace of God. Actually, holiness is nothing other than guarding this gratuitousness that God has given us, this grace.”

The Pope concluded urging believers to trust and entrust themselves to Him and to His grace, “welcoming the hand that He holds out to us constantly so that our efforts and our necessary commitment can be sustained by His help, that is filled with goodness and mercy.”