Pope at Angelus: People are worth more than possessions

Pope at Angelus: People are worth more than possessions 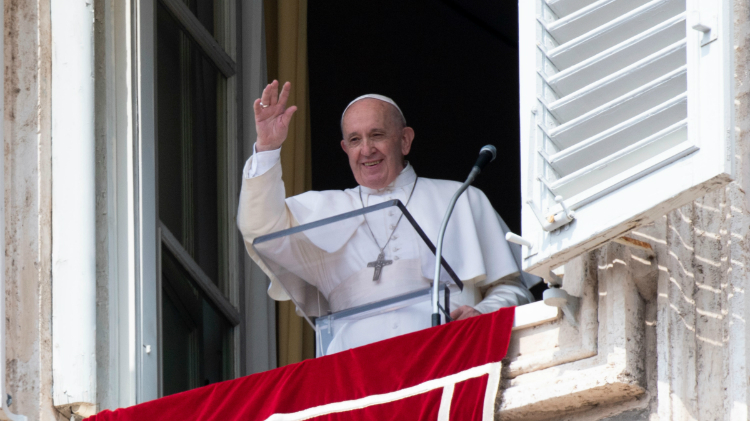 At the Angelus in St Peter’s Square on Sunday, Pope Francis says that Jesus invites us to befriend wealth so as to transform good and riches into relationships.

Before the recitation of the Marian Prayer, the Pope recalled the Sunday Gospel in which the protagonist is a cunning and unjust steward.

Accused of having squandered his master’s goods, the steward is about to be fired. Faced with this situation, he devises a way out to secure himself a peaceful future: he calls his master’s debtors and reduces their debts. His aim is to make friends with them, in hope of being rewarded in the future, when he is most in need.

The Pontiff commented that Jesus does not present this example “to exhort dishonesty”, but rather “astuteness”. That is, he explained, “with that mixture of intelligence and craftiness, which allows you to overcome difficult situations”.

The key to understand this story, said the Pope, is Jesus’ invitation to “make friends for yourselves with dishonest wealth, so that when it fails, you will be welcomed into eternal dwellings”.

“This ‘dishonest wealth’”, he continued, “is money – sometimes also known as  the ‘devil’s dung’ – when we refer to material goods”.

The pope explained that “wealth can lead to building walls, to division and to discrimination”. Jesus’ invitation to ‘make friends’ with wealth, is “an invitation to know how to transform goods and riches into relationships, because people are worth more than things and count more than the riches possessed”, said the Pope.

As Jesus indicated that befriending these riches should lead to being “welcomed into eternal dwellings”, the Pope explained that “if we are all able to transform riches into instruments of fraternity and solidarity, there will be not only God, but also those with whom we have shared… what the Lord has placed in our hands.”

Pope Francis then went on to say that this passage in the Gospel also notes the unjust steward who “driven out by his master” asks himself “what will I do now?”. Faced with our failures, said the Pope, “Jesus assures us that we are always in time to right your wrongs by doing good.” Finally, the Pope urged that “whoever has caused tears, make someone happy; whoever has misappropriated, give to someone in need”, because, he concluded, in this way “we will be praised by the Lord”.