Pope at Angelus: Synod for the Amazon “put out into the deep”

Pope at Angelus: Synod for the Amazon “put out into the deep” 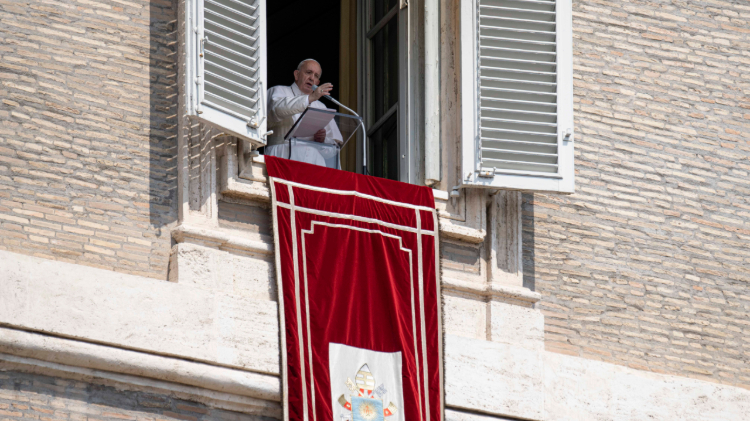 Pope Francis reflects on the Synod for the Pan-Amazon Region that concluded with the celebration of Holy Mass in St Peter’s Basilica on Sunday morning.

Before reciting the Angelus prayer this Sunday, Pope Francis commented on the readings of the closing Mass for the Special Assembly of the Synod of Bishops for the Pan-Amazon Region, and how they relate to the Synod itself.

Hearing the cry of the poor

The first reading, from the Book of Sirach, reminds us of the starting point of the Synod journey, he said: the prayer of the poor, which “will reach to the clouds” because “God hears the prayer of the one who is wronged”.

“The cry of the poor, together with that of the earth, came to us from the Amazon”, said the Pope. After these three weeks of the Synod, “we cannot pretend we have not heard it”, and we cannot remain indifferent, he said.

Pope Francis went on to describe the Synod itself as “walking together, comforted by the courage and consolations that come from the Lord”. It was a time of sincere listening and service, he said, “experiencing the beauty of moving forward together”.

In the second reading, Saint Paul expressed his last wish: not something for himself but for the Gospel, “so that it may be proclaimed to all nations”. This comes first and counts more than anything, said Pope Francis.

Venturing into the deep

The Synod asked how to open up new pathways for the proclamation of the Gospel. Only what we live can we proclaim, said the Pope. To live according to the Gospel, “we must go beyond ourselves”.

The Synod was inspired to venture out into the deep, continued Pope Francis, “to leave our safe harbors”, and enter “the open sea where the Spirit invites us to cast our nets”.

Our Lady Queen of the Amazon

Pope Francis concluded by invoking Our Lady as Queen of the Amazon. She “inculturated” herself, said the Pope, and with “the humble courage of a Mother, she became the protector of her children, the defender of the oppressed”.

To her, said the Pope, we entrust her poorest children and our common home.