Pope at Angelus: ‘the poor are the builders of the new humanity’

Pope at Angelus: ‘the poor are the builders of the new humanity’ 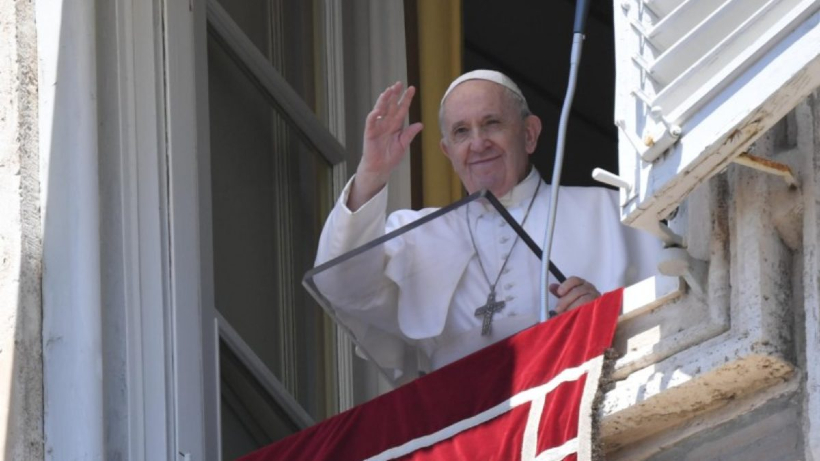 Pope Francis reflects on the Gospel reading of the 14th Sunday in Ordinary Time noting that the solace that Christ offers to the weary and the oppressed is not merely psychological relief or almsgiving.

Pope Francis addressed a scattering of the well-distanced faithful in St. Peter’s Square on Sunday with a reflection on the Gospel reading of the day (Mt 11: 25-30), which he explained, is divided into three parts.

In the first part, he said, “Jesus raises a prayer of blessing and thanksgiving to the Father, because He revealed to the poor and to the simple the mysteries of the Kingdom of heaven.”

Then, he continued, “He reveals the intimate and unique relationship between Him and the Father.”

Finally, the Pope added, “He invites us to go to Him and to follow Him to find relief.”

When Jesus gives thanks to the Father, he explained, he praises Him for having kept the secrets of His Kingdom hidden from those he ironically calls “the wise and the learned”.

Pope Francis explained that he calls them so “with a veil of irony, because they presume to be so and therefore have a closed heart.”

But Jesus, he continued, says that the mysteries of His Father are revealed to the “little ones”, that is, to those who confidently open themselves to His Word of salvation, who feel the need for Him and expect everything from Him.

Then, the Pope said, Jesus explains that He has received everything from the Father. He calls Him “my Father”, to affirm the unique nature of His relationship with Him.

“There is total reciprocity only between the Son and the Father”, he said, “each one knows the other, each one lives in the other.”

It is this unique communion that gives life to Jesus’ invitation: “Come to me…”, he explained, because the son wishes to give what He receives from the Father.”

Preference for the ‘little ones’

The Pope then went on to point out that “Just as the Father has a preference for the “little ones”, Jesus also addresses those “who labour and are burdened”.

He highlighted that Jesus’ full dedication to the Father, and his meekness and humility are not a model for the resigned, nor he said, “is He simply a victim,” but rather He lives this condition “from the heart” in full transparency to the love of the Father, that is, to the Holy Spirit.

“Jesus is the model of the ‘poor in spirit’ and of all the other ‘blessed’ of the Gospel, who do the will of God and bear witness to His Kingdom,” he said.

Pope Francis wrapped-up his reflection pointing out that the “solace” that Christ offers to the weary and oppressed is not merely psychological relief or almsgiving, but the joy of the poor to be evangelised and to be builders of the new humanity.

A message for all

“It is a message for all people of good will,” he said, which Jesus still conveys today in a world that exalts those who become rich and powerful, no matter by what means, trampling at times upon the human being and his or her dignity.”

It is also a message for the Church, he said, that is called to live works of mercy and to evangelise the poor.

Pope Francis concluded invoking the Virgin Mary to help us “discern her signs in our lives and be sharers in those mysteries which, hidden from the proud, are revealed to the humble.”