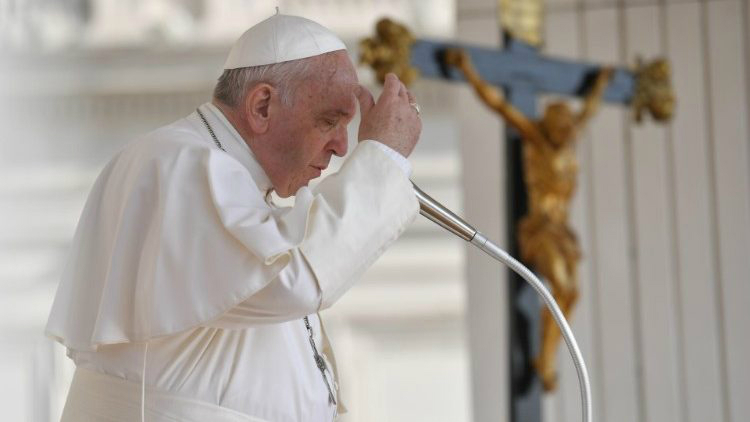 In his catechesis on the Acts of the Apostles at the weekly General Audience, Pope Francis says the Holy Spirit gives Christians courage and “the art of discernment” when facing hardship.

Pope Francis started off by reflecting on the courage shown by the Apostles when they were dragged before the Sanhedrin to stand trial for preaching the Good News of Jesus Christ (Acts 5:34-35,38,39).

He said they spoke with conviction and with one voice in the face of their accusers, who wanted to imprison them and halt the spread of the Gospel.

‘Megaphone’ of the Holy Spirit

The key to their courage, said the Pope, is the Holy Spirit.

“The Apostles become the ‘megaphone’ of the Holy Spirit, sent by the Risen One to spread quickly and unhesitatingly the Word that brings salvation,” he said.

Pope Francis said these same men acted like “cowards” when Jesus faced similar circumstances. After Pentecost, however, they were completely changed and propelled onwards.

Then the Pope recalled the 21 Coptic Orthodox Christians – Egyptian construction workers – who were martyred for their faith in 2015 on a beach in Libya, at the hands of the so-called Islamic State.

“Their last word was ‘Jesus, Jesus’. They did not deny their faith, because the Holy Spirit was with them. Modern martyrs,” he said.

Pope Francis went on to reflect on the wise words of the highly regarded doctor of the Law, Gamaliel. He urged the Sanhedrin to let the Apostles go, saying “if this endeavor is of human origin, it will destroy itself. But if it comes from God, you will not be able to destroy them; you may even find yourselves fighting against God.”

The Pope called his attitude “the art of discernment”.

“Every human project can first be approved and then end up shipwrecked,” he said. “But everything that comes from above and bears the ‘signature’ of God is destined to last.”

The Holy Father invited everyone to think about the many empires, dictatorships, and political projects that have fallen by the wayside throughout history. “Every single one crumbled,” he said.

But Christianity, he noted, has stood the test of time, despite scandals and sin.

“God is with us,” said Pope Francis. “God first saves us, and then them. But the Lord always saves. Our strength is God-with-us.”