Pope at Audience urges Christians to open their hearts

Pope at Audience urges Christians to open their hearts 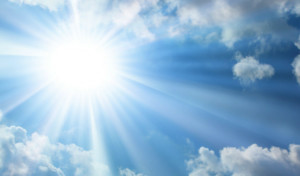 During the weekly General Audience Pope Francis continued his catechesis dedicated to the “Our Father”.

Pope Francis on Wednesday urged Christians to open their hearts pointing out that Christ’s victory has not yet been fully achieved.

To the crowds gathered in St. Peter’s Square for the General Audience, the Pope said Jesus has come, and there are multiple signs of the kingdom, yet the world is still marked by sin and the hearts of many remain closed, which compels us to implore the Lord: “your kingdom come”!

The world, he said, continues to be populated by so many people who suffer, by people who do not reconcile and do not forgive, by wars and by many forms of exploitation: “Let’s think, for example of the trafficking of children”.

All of these facts, he said, are proof that many men and women still live with their hearts closed.

It is above all in these situations, he said, that we turn to the second invocation of Our Lord’s Prayer: “Your kingdom come!” with which we say, ‘Father, we need you, Jesus, we need you everywhere” and forever Lord, be among us!”

Recalling Christ’s words when he began his preaching in Galilee and proclaimed: “This is the time of fulfillment. The kingdom of God is at hand. Repent, and believe in the gospel”, the Pope explained that these words do not contain a threat; to the contrary, they are an announcement and a message of joy.

He announces, the Pope continued, that the signs of the coming of His Kingdom are manifest and they are all positive. In fact, he said, Jesus begins his ministry by taking care of the sick – both in body and in spirit – of those who lived a life of social exclusion, such as lepers, of sinners.

God is patient and gentle

Sometimes we may ask, he said, why does our imploration “your kingdom come” emerge so slowly?

It’s because God is not like us, he explained: “God is patient!” And he wants to establish his kingdom not with violence but with gentleness, “like a grain of mustard seed, which, though tiny, grows into a mighty tree”.

Pope Francis concluded his catechesis urging Christians to pray the Our Father and to sow the words that implore the coming of His Kingdom in the midst of our sins and failures.

Let’s give these words, he appealed, “to those who have come to the conclusion they have fought in vain and that evil dominates this world”.