The College of St. Athanasius is still in its infancy, but its mission to renew Catholic education – and to prepare its graduates for dignified work – is a vital one for the 21st century

By Timothy H. Bratt, Board of Directors Manager

Above, a drawing of the building which will serve as the center of the new “college in the making.” 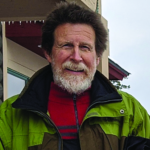 What does one do who finds himself in uncharted territory? He either retraces his steps and chooses another destination, or else finds someone who knows the lay of the land and charts a course from there. Such is the case in the quest to open the doors of the College of Saint Athanasius. Lacking the credentials often deemed appropriate for such an undertaking, and never having guessed that such a quest would become a part of my retirement plans, I have become convinced that our patron, St. Athanasius, is the responsible party of this undertaking. 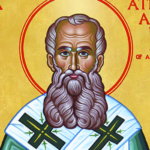 St. Athanasius, Doctor of the Church, Champion of Orthodoxy, and patron of the College, and St. Thomas Aquinas, the inspirer of the academic model

Beginning in the last century (or even earlier), unhappy events in the academic world convinced many to return to the study of the venerated Liberal Arts, those elements of education that promote the formation of a well-rounded, critically-thinking person, armed with the knowledge of the purpose of our existence, a healthy fear of God, our Creator, and the foundation for a virtuous way of life. In earlier times, the Liberal Arts were taught at the secondary level (today, we call it high school) and a post-secondary education was devoted, almost exclusively, to honing the talents, skills and passions that lead to a professional livelihood.

In the course of the last 50 years, many small, liberal arts colleges have appeared to restore the loss of the critical Liberal Arts in higher education; however, an absence of the proper order of education has led to an unfortunate prolonging of the educative process; college students need the basics of the Liberal Arts, but often, they also need further practical training. Practically speaking, this has also added to the already high cost of an education. Consolingly, gains have been made in again beginning the Liberal Arts education in the high school years, trickling down through successive generations (especially among home-schooling families) to the extent that the proper order of education is now undergoing a slow process of restoration; that end, however, is not yet clearly in sight.

The Need for Another Kind of Catholic College 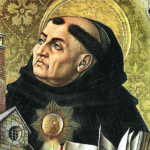 A decision to contribute to authentic Catholic education in this country thus became galvanized as my own children grew and attended college. I myself was educated as a geologist, receiving a Bachelor of Science degree from Montana State University in 1979. My wife Grace and I were married in 1977 and she worked full time while I finished my education. Back in Illinois, we settled in the town of Dixon, where I began my career as a geologist with the Illinois Department of Transportation in 1980, retiring in 2016.

In the course of that time, we became parents to 12 children, all of whom are now involved in the life-long struggle to endure, with joy, the trials of our time on earth while seeking the rewards of eternal life in Heaven. It seems that within this cauldron of family formation, a pathway was being forged for an apostolate involving the concept of a college.

Yet, I was convinced, another Liberal Arts college, as attractive as it seemed, would not contribute to a restoration of better order in academic pursuit. St. Athanasius, a Doctor of the Church and Champion of Orthodoxy (and Confirmation namesake of one of our children) led us through prayer to another saint whose overall influence in the history of Catholic academia is considered by most to be unmatched: the Angelic Doctor, St. Thomas Aquinas. Thus the program of what was to be taught at the College of St. Athanasius was formulated. 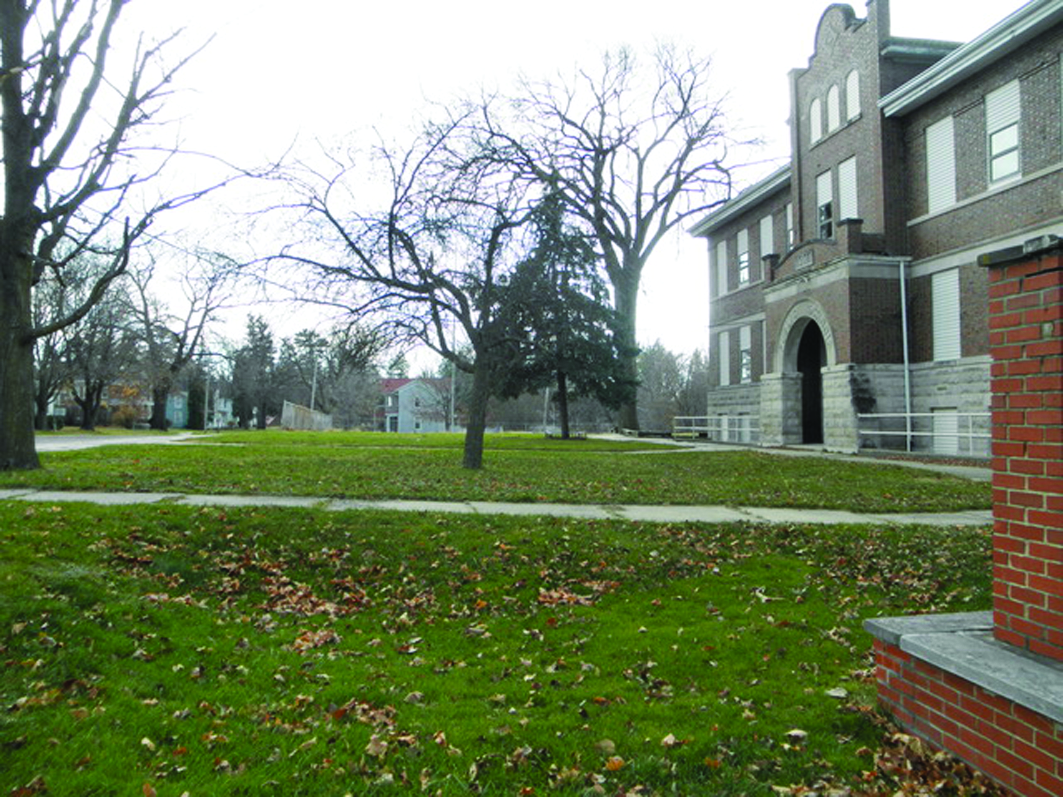 A decision was made to chart a path in the educative forum of applied letters, arts and science. In reflecting on the Thomistic formula of our created being and its parts, an orthodox approach came into focus which aimed at connecting those parts to a relevant, degree-related path; in brief, described as follows.

Educating All the Parts of Man 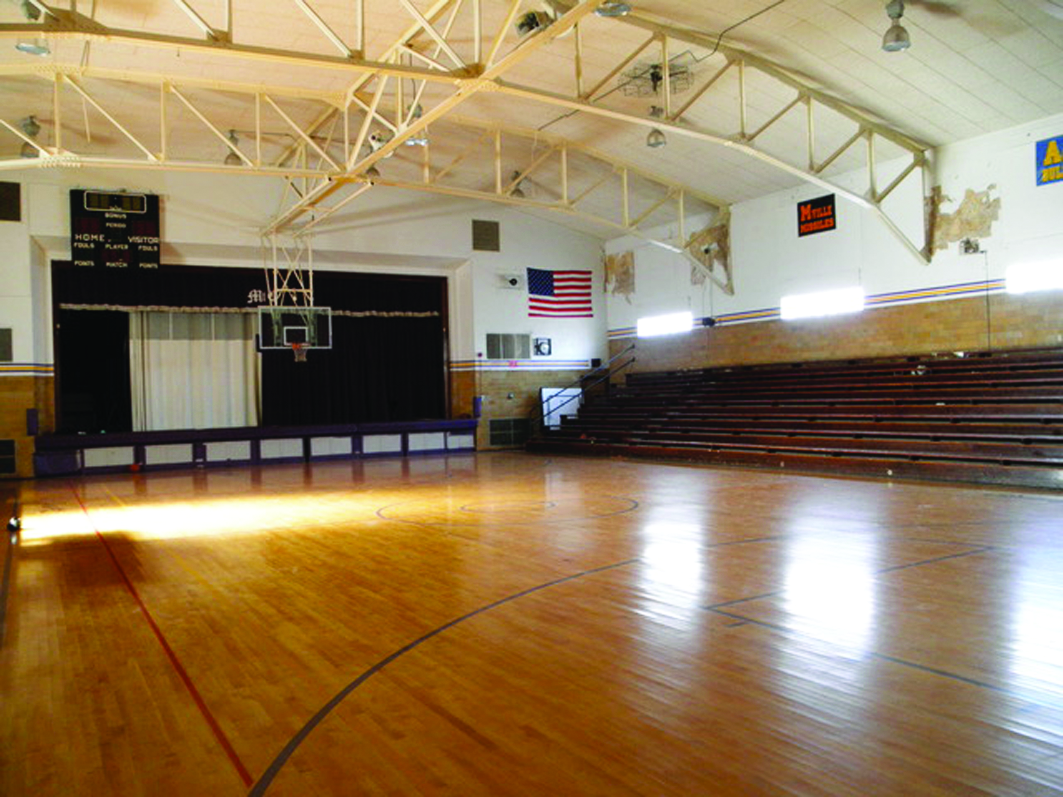 Saint Thomas Aquinas’s distillation of the being of man tells us that he is created of a body and a soul, but that the soul is further divided into a sensate part and a rational part. The rational soul is described as being part intellect and part will, both of which are to be constrained and edified by a well-formed conscience. The sensate soul is simply composed of the five senses: sight, hearing, smell, taste and touch. All of these work to inform the intellect in its physical abode.

The Body desires to be sheltered, nourished, and healed when sick; thus are prescribed degrees offered in Architecture, Agriculture and Biology (pre-med).

The Rational Soul desires to know, through the intellect, the will, and the conscience, how to live well in this life by learning to please God our Creator, thereby attaining to eternal happiness in the next; thus are prescribed degrees offered in Philosophy of Education, Justice and Jurisprudence, and Catholic Culture and the Literary Arts.

The Sensate Soul desires to know of the goodness and beauty of its earthly abode through the use of its senses. Practically speaking, those of sight, hearing, and smell/ taste are commonly known to be attached to an academic setting; thus is prescribed degrees offered in the Visual Arts, Music and the Dramatic Arts, and the Culinary Arts and Horticultural Studies.

Through the connections assigned, students pursuing a degree-related path as described will be choosing not only a time-honored and enduring vocation for a livelihood but also one that serves the collective soul of the social Kingship of Christ our Savior.

At a certain point, it became clear that, in the communion of saints of the Church Militant, a concerted effort was to begin to find those of prominent stature in the ranks of orthodox, Catholic men and women in the academic arena Rather than list those who have contributed their talents thus far to our St. Athanasius Educational Foundation and its work of gathering all types of resources needed to start the college, it would be appropriate to invite the reader to visit our website, https://stathanasius.wixsite.com/ co-athanasius/recognitions to read their biographies. The Foundation operates under a three-member Board of Directors and a six-member Board of Advisors, and is a not-for-profit 501c3 organization.

All of the above-described processes have led our Foundation to sum up the purpose of its work for the re-edification of Christendom as follows: In knowing thyself, knowing thy God, and then choosing thy path, the student graduating from the College of St Athanasius will be prepared to constructively labor in a profession of enduring substance and necessity for our times.

The educative threshold crossed will be crossed with confidence and, though the graduate may someday deviate from an initially chosen path, as Providence demands, he will be well-armed with the knowledge demanded for his labor.

Looking Ahead and Praying for Asisstance

Now, having been guided by the inspiration of our patron saint, we find ourselves, as foundationally established in the State of Illinois, poised to found the College of St. Athanasius here in the Midwest.

A desired site has been selected in a small rural setting in the northwestern part of the state and, by the guidance of the Holy Ghost, will become the location of the college.

The Midwest has become the scene of a brain-drain in the orthodox Catholic academic arena and the continued efforts for a re-edification of a Christendom in our time, begun here is a quest worth the pursuit.

We at the St. Athanasius Educational Foundation would love to count on your aid and your prayers in this quest to open the doors of the College of Saint Athanasius.

Your support is critical to our success.