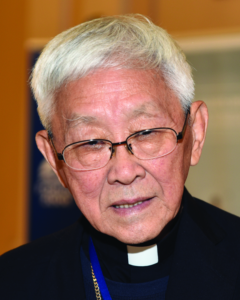 According to Nina Shea, reporter for the Epoch Times, a series of four “vitriolic” articles appeared at the end of 2021 in Hong Kong’s Ta Kung Pao newspaper, the Chinese state-backed newspaper in Hong Kong, which all emphasized the need for greater state control over religion.

Provocatively headlined, “Cardinal Zen uses his status as a clergyman to disrupt Hong Kong,” the report states, “It is difficult for the government to regulate or eliminate these religious groups or individuals, despite the fact that they have committed many crimes.”