College and the Crisis of Faith

College and the Crisis of Faith 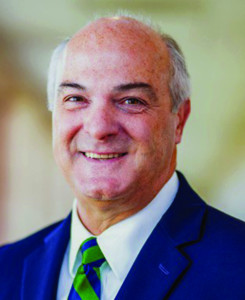 We are in a crisis. It’s a crisis most Catholics overlook. Given our times, you might think it’s the upcoming U.S. presidential election, COVID-19, or the economy. While these are certainly critical issues, they pale in comparison to the crisis to which I am referring. It’s this: 85% of Catholic students lose their faith while in college.

A key factor in this decline can be traced to the summer of 1967, in Land O’Lakes, Wisconsin, when a number of University presidents met to discuss the future of Catholic higher education. These presidents drafted and signed a declaration of independence from “authority of whatever kind, lay or clerical, external to the academic community itself.” This led to numerous Catholic colleges and universities shedding any traditional ties to the Catholic Church, eventually embracing relativism and pushing radical notions of academic freedom.

Ex Corde Ecclesiae gave the general norms governing Catholic colleges and universities. As a layperson, I have been appalled at the disregard of this constitution by most colleges and universities claiming to be Catholic. In the document, St. John Paul II emphasizes it is the responsibility of every Catholic university to “consecrate itself without reserve to the cause of truth.” He goes on to outline the general characteristics and mission of a Catholic higher education institution, dividing Ex Corde Ecclesiae into two parts:

St John Paul II explains there are “essential characteristics” of a Catholic university and while he explicitly affirms proper academic freedom, he presents this freedom in concert with fidelity to the Christian message as it comes to us through the Church. This is critical in order for a university to be called Catholic. If the sacraments are not readily available or if professors are teaching things contrary to the faith, the university sets itself on a course for ceasing to be identified as Catholic.

St. John Paul II was clear in stipulating that “all teachers at a Catholic university are to be faithful to and respect Catholic doctrine and morals in their research and teaching.” He goes on, “Catholic theologians have a mandate from the Church to be faithful to the Magisterium of the Church.” 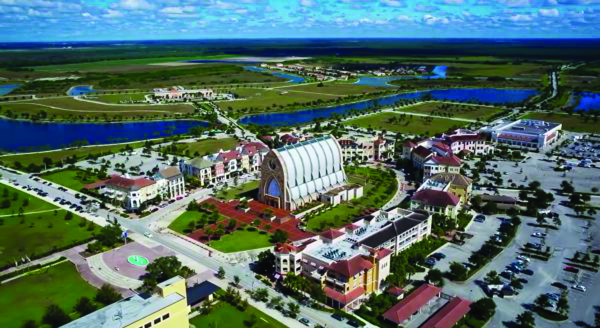 In the center of the campus of Ave Maria University in Florida rises the lovely college chapel.

If the top-level university authorities do not take responsibility for the fulfillment of this mandate, they risk losing their identity — and the souls of those who seek their instruction. It is a clear mandate I fulfilled at Ave Maria University by taking the Oath of Fidelity on August 24, 2020; every theology professor at Ave Maria University took the same oath.

I talk with many faithful Catholic parents who sent their children to state schools with hopes they would engage with the local Newman Center. Unfortunately, these parents were sorely disappointed. It wasn’t until later that they learned of the constant assault the Catholic faith encounters in secular classrooms. Even worse are the stories of parents who sent their child to a prestigious college bearing a Catholic name, only to find the Church assailed daily under the guise of academic freedom. This is why the Cardinal Newman Guide has become such a critical tool for Catholic families.

In a recent survey conducted among the Ave Maria University 2020 graduating class, I am proud to say that 90% said they were still practicing their Catholic faith upon graduation. This is almost the direct inverse of the statistic I shared at the beginning of this article. When the entire faculty and staff are on board with the mission of a Catholic university, faith flourishes. Students at Ave Maria University hear Catholic morality and ethics in the sciences, arts, business, nursing, campus ministry, residence halls, and athletic programs. We run to our Catholic faith, not from it! 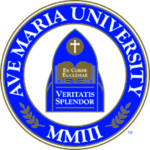