“Thinking With the Church” and Guided by Truth 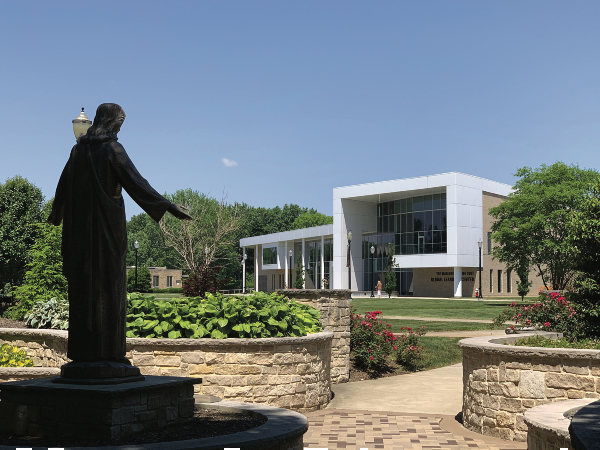 When senior Karen Klatt stepped onto the campus of Walsh University in North Canton, Ohio, she knew it was the school she wanted to attend. With the goal to pursue a degree in art history, Karen credits Walsh’s Catholic community for the support she has received during her faith journey.

“Walsh has been instrumental in my success. I love that God is honored here. I can talk to my professors about faith and what that means in this day. I know that God has a plan for my life. I’m just so grateful to be in an environment that encourages that I listen to Him,” said Klatt. “My Walsh professors helped me to uncover the path to have a successful career doing what I love. I wish everyone could have that experience. Walsh has truly helped me to pursue my dreams.”

For more than 2,600 students from 38 states and 31 countries, the search for the right college has led them to Walsh. Situated on 136 park-like acres in North Canton, Ohio, Walsh students enjoy a balance of academic, spiritual and social activities. Walsh offers small class sizes, hands-on experiential learning opportunities, interdisciplinary institutes, internships and global learning programs. A Walsh education is also affordable, with 98% of students receiving financial scholarships or aid. 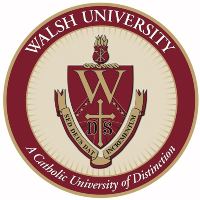 As an independent, Catholic university, Walsh University is mindful in creating a welcoming environment that teaches that reason and faith will lead all to the truth; relativism is wrong and there is an objective reality; each member of the community has a purpose; and their Walsh experience will empower each one to make choices guided by the example and teachings of Jesus Christ. It is a campus focused on both education and formation.

Walsh College, the precursor to the university, was begun in 1960 at the invitation of Youngstown, Ohio Bishop Emmet Walsh by seven members of the Brothers of Christian Instruction (FIC), a teaching order founded in France after the French Revolution.

Walsh’s enduring mission is to educate students to become men and women in service to others. With service opportunities built right into the curriculum, 100% of students participate in volunteer work. Walsh’s NCAA football team was recently the #2 team in the nation for service hours. In addition, there are hundreds of faith-based programs throughout the year, an active and present campus ministry team with Eucharistic Adoration and Holy Mass offered daily in one of two Oratories on campus.

Recognized nationally by the Cardinal Newman Society as one of only 15 recommended U.S. residential colleges, Walsh places special emphasis on the teachings of the Church Fathers throughout the curriculum. There is a strong focus on the Catholic Church’s role in the modern world, especially with regard to social justice, culture, science and ecumenism. 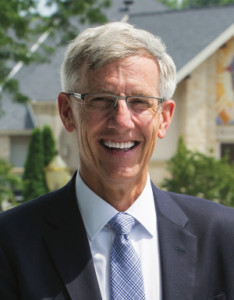 On November 17, 2020, Walsh formally celebrated the 60th anniversary of its founding by the Brothers of Christian Instruction, with the installation ceremony of Timothy J. Collins, Ed.D., as Walsh’s seventh president.

During his installation address, President Collins offered a bold vision for the future of authentic Catholic higher education: “We must prepare our students to meet the unique demands of their times … always reflective of our ‘thinking with the Church’ and guided by Truth.” In an outward commitment to Catholic higher education, Walsh adopted a new strategic plan through 2035 that is built upon the central priority that the University remains fully Catholic in word and deed.

The 2035 strategic plan also includes enhanced digital offerings, immediate acceptance of all transfer students with free housing, free academic courses for age 65+, an annual Catholic Higher Education Symposium, the formation of a University Press, a Presidential Thought Leadership Series and the establishment of learning communities for all Walsh undergraduate and graduate students.

As a direct result, every Walsh student will join a learning network beginning in fall 2021, with the creation of the Cor Cordium network, translated from Latin as “heart of hearts.” This new student-focused program was created with the goal to enhance campus engagement and to provide student leadership and mentorship opportunities.

With a strong alumni network of more than 16,000 making an impact around the world, graduates leave Walsh University prepared to succeed in the workplace and in their communities for life. 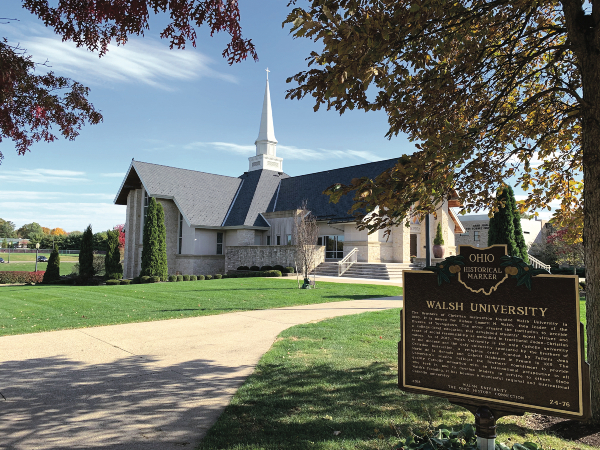 The Brothers of Christian Instruction, Founders of the University

The Brothers of Christian Instruction (Fratrum Instructionis Christianae, or FIC), were founded in 1819 as a Catholic lay association of teachers in post-Revolutionary France by two priests, Gabriel Deshayes and Jean-Marie de la Mennais. The Brothers’ aim remains that of their founders: “To educate the young and to make Jesus Christ better known and better loved.”

The Brothers received canonical approval by Pope Leo XIII in 1891. In 1886 the first brothers arrived in Montreal and were shortly afterwards introduced into the United States. To escape the effects of a 1901 French law curtailing certain kinds of religious schooling, the motherhouse was transferred to Taunton, England. In 1903, following through on the strict secularism of the 1901 law, the French government dissolved the brotherhood’s French presence and confiscated its properties. At the same time, they established a presence in countries in Europe, North Africa, Asia and North America. Today, there are 2,500 Brothers worldwide. 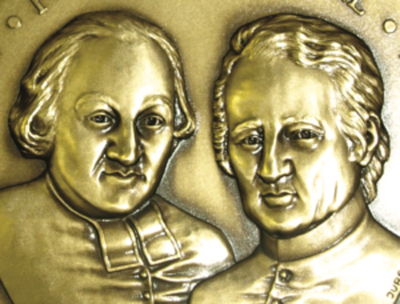 In recent years, Walsh University has implemented several initiatives to ensure that the Brothers’ mission and Catholic faith will continue to guide Walsh University. A global perspective has been a part of a Walsh education since the University’s FIC founding, with global learning programs centered on the Brothers’ presence in countries such as Haiti, Italy, and Uganda. A new partnership with fellow Cardinal Newman Society member Franciscan University of Steubenville will provide Walsh students with the opportunity to travel to Gaming, Austria. The Franciscan campus is located at a restored 14th-century Carthusian monastery in the foothills of the Austrian Alps. Walsh is also pursuing partnership options in Italy, Ireland, South Korea, Vietnam, and Singapore.

In July 2020, the Brothers of Christian Instruction officially notified the University that the FIC would no longer be able to maintain a presence on campus and sponsor Walsh University, due to the Order’s dwindling number of vocations. That transition process was finalized effective February 3, 2021, when Walsh University became an independent, Catholic university operating under the approval of the local ordinary for Youngstown, Ohio. The Brothers’ intent is to continue to inspire a growing spirit of their charism.