Following Newman, the Focus of Catholic education Should Be Transforming the World

Following Newman, the Focus of Catholic education Should Be Transforming the World 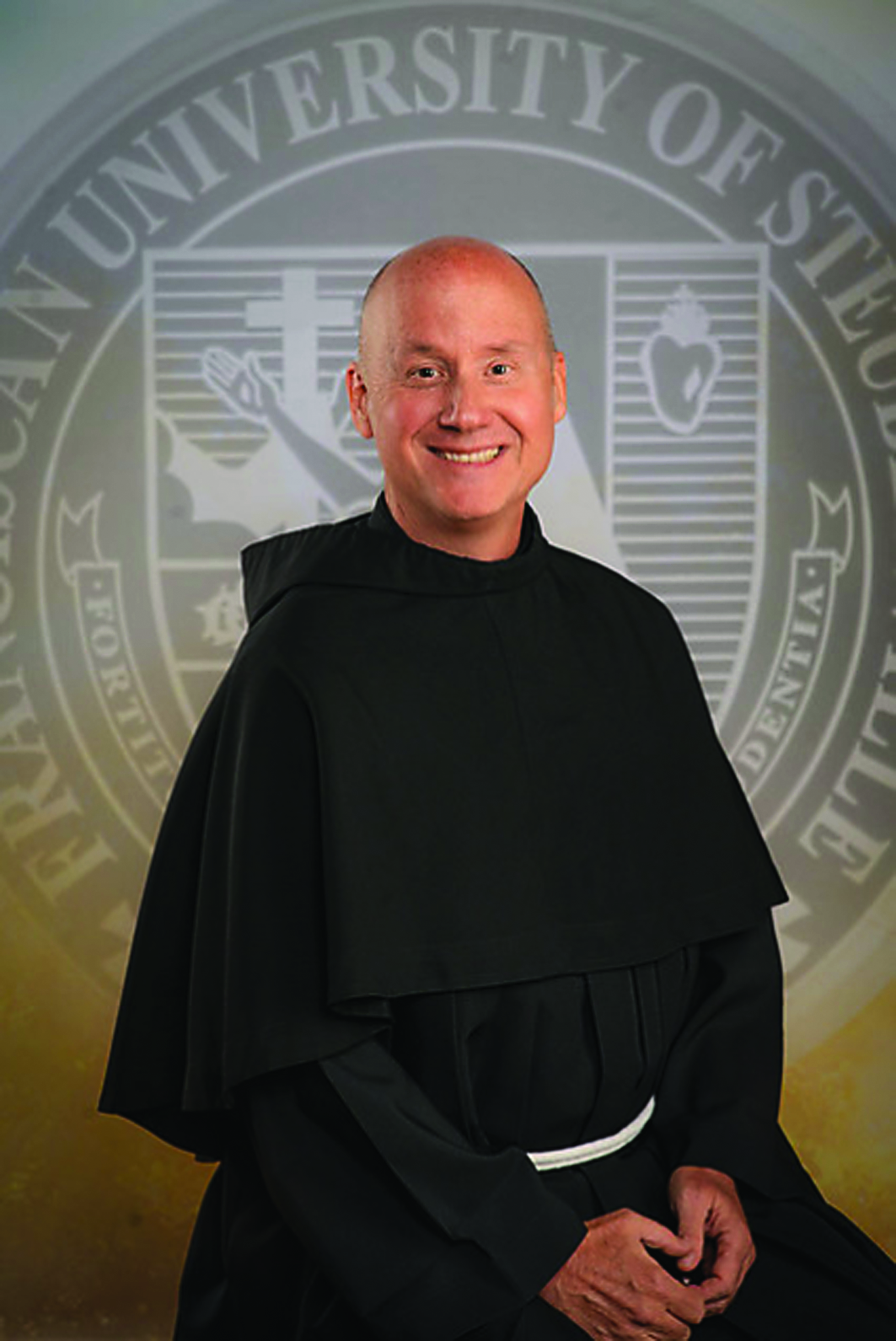 Like Newman, we believe a liberal education has timeless value for all, including future scientists, engineers, and businessmen. This is because it has the potential to form a person’s mind, character, and judgment, helping produce men and women who, as Newman wrote, are “[fit] for the world.” With that in mind, Franciscan University implemented a more rigorous core curriculum six years ago, ensuring that all our students, regardless of major, are rooted in the liberal arts tradition.

Also, like Newman, we prioritize the study of theology at Franciscan. We believe, as Newman did, that “religious truth is not only a portion but a condition of general knowledge.” Accordingly, while other Catholic colleges and universities are eliminating their theology majors and departments, Franciscan’s remains strong. With more than 400 undergraduate theology and catechetics majors and 560 studentsin our graduate theology and catechetics programs, our theology program is the largest of any Catholic university in the United States, and its influence spills over into all our other programs, enriching the conversations in every subject from biology to psychology.

Equally important, our theology faculty, to the person, demonstrates the fidelity to Church teaching called for by Newman. They believe what the Church believes, and they teach what the Church teaches. Every theology professor not only pledges an Oath of Fidelity at the start of their tenure, but also has secured the mandatum from our local bishop.

Additionally, again like Newman, we believe that true learning happens best when it takes place in a community of witnesses. As he noted in Historical Sketches, “An academical system without the personal influence of teachers upon pupils, is an arctic winter; it will create an ice-bound, petrified, cast-iron University, and nothing else.”

At Franciscan, our professors share our students’ faith. They are men and women of character and integrity. And their primary focus is the students. We don’t have graduate assistants teach classes while professors remain in their offices, conducting their own research. Our professors are in the classroom with students, handing on knowledge to them and building relationships with them. That relationship-building continues outside the classroom, with the majority of our professors and their families participating in the life of the University and bearing witness to our students through both words and actions.

More than anything else, though, what joins Franciscan University to Newman’s Idea of a University is our focus on formation. Education matters. Formation matters more. This is because formation determines what people do with their education. Simply possessing knowledge isn’t enough. People also must possess good judgment and a good character. They need to know how to discern truth from lies, and they must desire to choose right over wrong.

Now, more than ever, the world needs Catholic men and women capable of doing that. It needs men and women who, to use Newman’s analogy, can swim in the waters of the culture without being overcome by those waters. And the only way they can become capable of swimming in those waters is if we prepare them to do so. As Newman said, “It is not the way to learn to swim in troubled waters, never to have gone into them.”

Newman’s blueprint is part of what makes this mission possible. By combining a rich and broad liberal education with faithful theological formation, a vibrant community of witnesses, and the power of the Holy Spirit, Franciscan University strives to bear the fruit that our Church and culture need it to bear.

That mission may be beyond the scope of the mission Newman envisioned for his university. But it doesn’t run counter to it. It builds on it. It expands it. It recognizes how the world has changed since Newman first penned his discourses on higher education and applies his insights to educating Catholic men and women called to live in the world today.

Newman’s wisdom is perennial. His prayers are even more so. As the Church celebrates his canonization, Franciscan University invokes those prayers for our work and our students. St. John Henry Newman, pray for us.