The fruit of liberal education, Newman wrote, “is the formation of a habit of mind which lasts through life, of which the attributes are freedom, equitableness, calmness, moderation, and wisdom…”

His Parochial and Plain Sermons have provided spiritual nourishment for students and faculty of Thomas Aquinas College for many years and his magnificent Essay on the Development of Christian Doctrine has long been read in the senior year of our academic program. It is a landmark work of Catholic theology which provides an account of authentic doctrinal development and demonstrates the continuity between today’s Church and that of the Church of Christ and His apostles. As such, it is an important work for Catholic undergraduates in the 21st century to study as they prepare to embark on their careers and vocations and contribute to the evangelical work of the Church.

Another of Newman’s great works, The Idea of a University, is not read in our program, but many of his ideas about education dovetail with those contained in our own founding and governing document, A Proposal for the Fulfillment of Catholic Liberal Education, which was first published in 1969. Himself a student of Euclid, Newton, and the poets, historians, and philosophers of Greece and Rome (all of whom are studied in our program), Newman was a proponent of the seven liberal arts—the trivium of grammar, rhetoric, and logic and the quadrivium of geometry, arithmetic, astronomy, and music—as are we at Thomas Aquinas College.

Put another way, St. John Newman and TAC both encourage the development of the arts of writing, speaking, and thinking and an understanding of the principles and methods of mathematics and natural science—the study of these latter two disciplines helps to manifest the compatibility of faith and reason at a time when some of the most powerful challenges to religious conviction have a scientific and technological basis. As Newman put it in the Idea, “I propose to discuss the antagonism which is popularly supposed to exist between Physics and Theology; and to show, first, that such antagonism does not really exist, and, next, to account for the circumstance that so groundless an imagination should have got abroad…”

His Idea of a University advocates liberal education as the university’s principal purpose. He saw the liberal arts as real instruments of mental cultivation and as the best guarantors of intellectual progress. The fruit of liberal education, Newman wrote in the Idea, “is the formation of a habit of mind which lasts through life, of which the attributes are freedom, equitableness, calmness, moderation, and wisdom…” 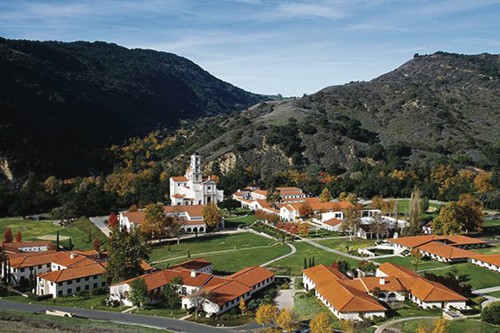 Above, a panoramic overview of the college; below, students attending Mass 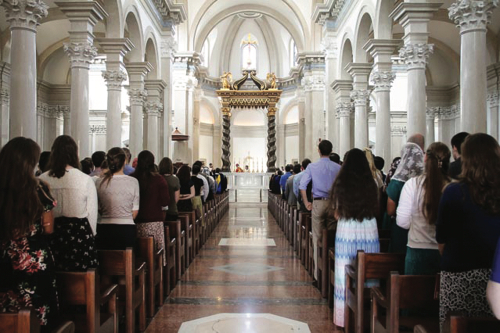 Thomas Aquinas College agrees with this, and we would add that the seven liberal arts are introductory disciplines which best prepare students for the study of Catholic philosophy and theology, the capstones of our curriculum.

In the words of Hugh of St. Victor (c. 1096-1141), the seven liberal arts are “ways by which the lively soul enters into the secrets of philosophy and theology…” This fits well with Newman’s conviction that only a Catholic university can offer a truly liberal education—he wrote in the Idea that “if the Catholic Faith is true… a University cannot teach Universal Knowledge if it does not teach Catholic theology….”

This newly-canonized saint of the Catholic Church, like all of us at Thomas Aquinas College, saw the cultivation of the intellect not as an empty exercise, but as ordered to the apprehension of things as they are and to the development of the power to discriminate between truth and falsehood. Indeed, as the founders of Thomas Aquinas College wrote in their Proposal, “divinely revealed truth will be the chief object of study as well as the governing principle of the whole institution, giving order and purpose even to the teaching and learning of the secular disciplines.”

Finally, it is helpful to me, especially when speaking to parents, prospective students, and donors, to be able to invoke the authority of a saint who believed, like I do, that liberal education gives its recipients a way of entering with comparative ease into any subject of thought and of taking up with aptitude any science or profession. Newman wrote in the Idea that “a cultivated intellect, because it is a good in itself, brings with it a power and a grace to every work and occupation which it undertakes, and enables us to be more useful, and to a greater number…” This is borne out in the lives of the liberally educated alumni of Thomas Aquinas College who are successfully pursuing careers in law, medicine, engineering, computer science, education, public service, and the religious life, among others.

So let us remember this great saint with respect and gratitude and pray for his intercession on behalf of the Church’s educational institutions throughout the world.

Newman’s theological and pastoral works have much to offer the contemporary Church, and his thoughts on education in particular, along with those of St. John Paul II’s Ex Corde Ecclesiae and Thomas Aquinas College’s own Proposal, shed much light on the proper role and function of Catholic colleges and universities.

As befits works of brilliance and spiritual profundity, it would not surprise me at all if St. John Henry Newman’s works are someday known as the works of a Doctor of the Church. 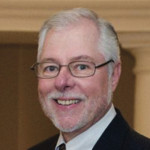 Dr. Michael F. McLean holds a BA in philosophy from Saint Mary’s College of California and a PhD in philosophy from the University of Notre Dame. After graduating from St. Mary’s, Dr. McLean served one year as a Peace Corps Volunteer in St. Vincent, British West Indies, and another three years as an officer in the United States Coast Guard. He was appointed to the faculty of Thomas Aquinas College in 1978 and has served as a tutor since then. In addition, he has served as Assistant Dean for Student Affairs, Vice President for Development, and Dean of the College and a member of its board of governors from 2003 until his appointment as president 10 years ago, in October 2009. 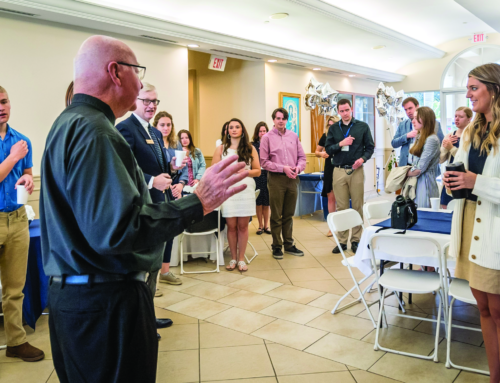 A Truly Catholic Law School in the Heart of Florida Gallery

A Truly Catholic Law School in the Heart of Florida 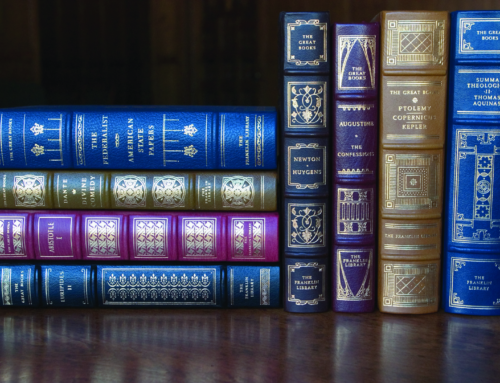 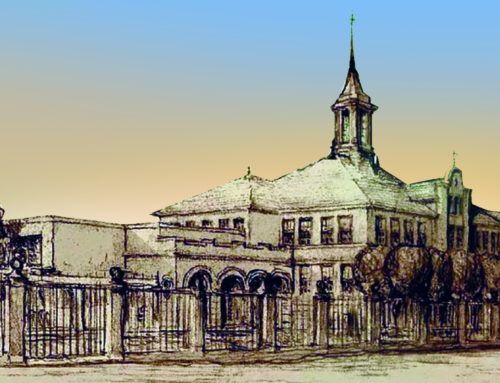 “A College in the Making” Gallery 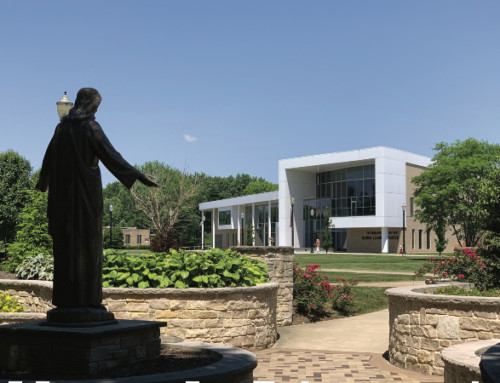 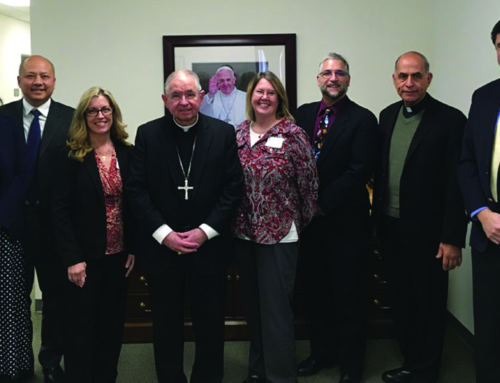 Formation of Young Catholics in Faith… and Science Gallery

Formation of Young Catholics in Faith… and Science