St. John Henry Newman foresaw that if the highest truths were cast out from the university, secondary disciplines would try to replace them. Our children and grandchildren have paid the price in mind, body, and soul

The crisis began well before Newman. In the 17th century, René Descartes released pathogens of skepticism and reductionism into higher learning that ultimately hollowed out its core and destroyed its foundations. The effects of his work and those who came after him were not immediately visible as long as society maintained the trappings of Christian conviction. Those trappings have long been discarded. Today, many of those who contributed to the building of the Western intellectual tradition and Catholic education have been recast as unenlightened at best and enemies at worst. And too often, Churchmen who could have offered light against the growing darkness have traded the integrity of their educational institutions for the porridge of affirmation offered by cultural elites.

St. John Henry Newman foresaw that if the highest truths about God and man were cast out from the university, secondary disciplines would assert themselves as the explanatory keys of human nature, purpose, and our greater reality. And his vision was accurate. As theology and metaphysics have been pushed to the margins or ejected altogether, the social sciences, usually with a hard ideological and political edge, have taken over and re-oriented the university. These secondary disciplines, extending themselves beyond their competence, have created ideologies that have colonized beyond the academy, taking root within the very heart of our political and social structures. And this has had effects beyond the classroom, shaping how universities form — or abdicate in forming — the students entrusted to them.

And our children and grandchildren have paid the price in mind, body, and soul.

But lest we lose hope in this season of shadows, St. John Henry Newman has been raised to the altars, a saint who offers a path for rebuilding what the vandals have torn down. As a prophet, St. John Henry Newman foresaw the course higher learning would take and its effects. As a physician he offers through his writings and example the means to recover what has been lost.

This is a twofold path. In the first path, and in contrast to the contemporary captivity of higher education, with its therapeutic management of students unprepared for reality, Newman directed and often personally undertook the formation of students entrusted to his care in a residential collegiate setting. Newman called for and practiced careful attention to the life of the student in a residential college. In his fine study, The Making of Men: The Idea and Reality of Newman’s University in Oxford and Dublin, Paul Shrimpton documents in detail the great care that Newman took in the formation of students as whole persons. 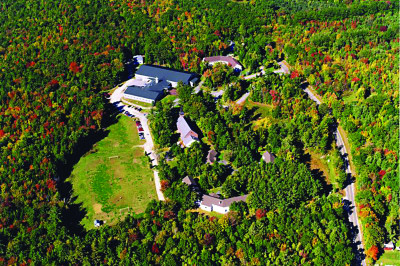 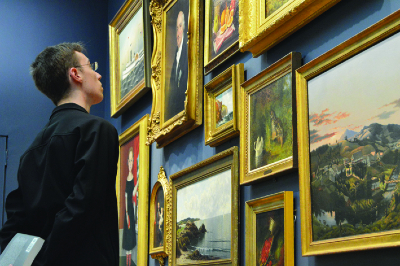 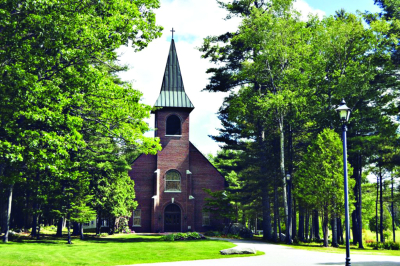 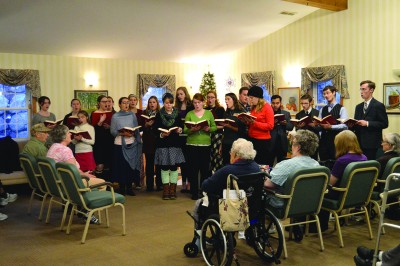 Applying Newman’s vision to our current moment, we see that residential collegiate life must be about more than shaping students according to the fads of the present news cycle and should be ordered to preparing students to thrive in this life and the next. Properly Catholic collegiate life will form each student intentionally in a way that is rooted in a clear sense of human nature and animated by a robust — and transcendent — vision of human flourishing. The sacraments will be central to this life as well as a realistic understanding of the consequences of the Fall, the need for and means to cultivate natural virtue, the good news of a Christianity to be proposed to the world, and the essential roles of friendship, community, and mentors who can lead the way.

And at the level of curriculum and institutional purpose — the second path — Newman offered a program of studies according to which the whole of wisdom finds well-ordered expression. In this curriculum, the truth about God and man takes pride of place as the ordering keystone around which all other disciplines find their places.

And while most Catholic colleges and universities have become indistinguishable in purpose, means, and ethos from their secular counterparts, there are critical exceptions. Simultaneous to the decline of so many institutions, Newman’s example and writings have served as the foundation for a re-birth of Catholic education in other quarters. And I am blessed to see this re-birth unfolding each day. Never doubt the potential of a mustard seed!

Each day, at Magdalen College of the Liberal Arts, I see an institution in which the curriculum, the classroom, the culture, the governing policies, and the co-curricular programs are ordered to the highest things. Students learn together in a collegiate community aiming to discover Wisdom — unabashedly engaging deeply the greatest authors and thinkers of the Western tradition — so that they can become saints and be salt and light in renewing the world. Each day I witness an approach to collegiate residential life that calls students to virtue and heroic sacrifice ordered to evangelization and cultural renewal. And each day I walk the halls of a college that reads the Great Books, prepares graduates for professional success, and is animated by a love of our Eucharistic Lord.

Such an education has the power to restore what was lost and to renew our Church and our society.

As prophet and physician, St. John Henry Newman offers a legacy in writing and in deed that only grows with the passing of time. May his heavenly intercession aid us as we seek to embody his vision in our own institution and in the graduates who will one day take the reins of our secular and ecclesial institutions. We thank God for Newman’s example and pray that we may be faithful to what he has given to us. 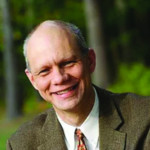 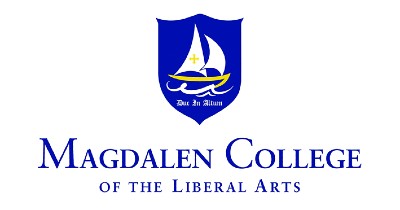