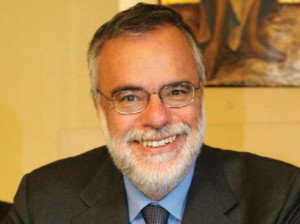 The Community of Sant’Egidio (www.santegidio.org) was founded in Rome in 1968, the initiative of Andrea Riccardi who was 18 years old then. He brought together a group of high-school students, like himself, to listen and to put the Gospel into practice. “The first Christian communities of the Acts of the Apostles,” the website tells us, “and St. Francis of Assisi were the first reference points.”

Today it is a movement of lay people, a “Church Public Lay Association,” with more than 60,000 members, dedicated to evangelization and charity in Rome and in more than 70 countries worldwide.

All the communities share the same spirituality and principles: prayer is central to the overall direction of community life; communicating the Gospel is the heart of each community’s existence; ecumenism is lived as friendship and the search for unity among Christians; and solidarity with the poor is a voluntary and gratuitous service in the evangelical spirit that the “Church is for all but particularly for the poor,” as expressed by Popes John XXIII and Francis.

Riccardi and his friends began by going to the outskirts of Rome and visiting the slums; they opened an afternoon school for children.

Today Rome’s community, headquartered at Trastevere’s Piazza Sant’Egidio 3 (tel. 011-39-068892234), thanks to its volunteers, supports numerous projects: shelters and soup kitchens for the poor and homeless, a Christmas banquet, Italian language lessons for immigrants and refugees, foster care sponsorship, long-distance adoptions, “Dream” to combat AIDS, support and home care for the elderly, welcome centers where the poor with no fixed address can borrow books, do laundry, and receive food, clothes, mail, legal and medical advice, letter writing to prisoners on death row worldwide, prison visits, and recycling clothes and toys, among many others. On June 15 this year, Pope Francis visited Trastevere’s headquarters.

Every year since 1983, Rome’s Sant’Egidio Community has published a guide entitled Where to Eat, Sleep, and Bathe in Rome. One of the restaurants cited is run by the cooperative “Pulcinella-lavoro” and managed by a few professionals and Sant’Egidio volunteers. “Trattoria de Gli Amici,” open seven days a week from noon until 3 PM and from 7:30 to 11:30 PM, is located across the pedestrian-only piazza (a safe playground for children-guests) from the Community’s headquarters at no. 6. To the uninformed, its friendly atmosphere, two simple rooms and outdoor tables resemble most of this artsy neighborhood’s eateries. In fact, numerous times I have seen tourists ramble in unaware. Yet “Trattoria de Gli Amici” is unique at least in Rome. Opened in 2001, most of its staff, both in the kitchen and the dining room, has always been “diversamente abile,” a euphemistic way of saying handicapped, whether physically, with Down’s Syndrome, or suffering from depression. Without this opportunity, this staff of around 15 persons, assisted by Sant’Egidio volunteers, would not have found work in Rome, especially with today’s high unemployment rate (about 40% for young people). “Having a job is therapeutic,” Giuseppe Di Pompeo, the manager, explains. “It heals and gives self-esteem.”

The Trattoria’s menus, which change frequently, offer typically Roman dishes with an occasional Sicilian twist. For antipasti or starters, I recommend the tripe with mint, the “Gran Fritto” of zucchini flowers, baccalà fillets, supplì or Roman rice balls, olive ascolane and polpette cacio pepe, and eggplant parmesan. For pastas, the spaghetti all’amatriciana, the endive-stuffed ravioli with walnut sauce, and the vegetable couscous are excellent; for the main course, I recommend the polpette fritte a sugo finto or fried meatballs, abbacchio (lamb) alla cacciatora with rosemary, and maialino porchettato (suckling pig); for dessert: strudel and tiramisù.

Inspired by the Trattoria’s success, Sant’Egidio has organized a cooking and restaurant management course in Rome and recently opened a twin restaurant, Testecalde, meaning “Hotheads,” in Rutigliano near Bari. In February 2015 “Trattoria de Gli Amici” will open a branch in Rome’s Eataly.

To reach “Trattoria de Gli Amici,” with your back to the newsstand in Piazza Trilussa take the right fork, turn right at the second street, go straight past the largely 12th-century church Santa Maria in Trastevere built on the site of Rome’s first official Christian place of worship (its mosaics are splendid!) and turn right into Piazza Sant’Egidio, also home to the Museum of Folklore (another must, especially for families).