Stark Choices Lie Before Us. No Matter the Outcome, the Penultimate Struggle Has Already Been Won by Christ

“Put not your trust in princes.” We quote it all the time. And as a general rule about not expecting much from politicians or public authorities—whether they have to appeal to voters to retain power or not—it’s simple moral and spiritual realism.

But our current moment reminds us of something further: not only are worldly leaders unreliable. On many burning questions, they are also quite often powerless. If there has been a moment in recent memory when that has been clearer, it’s hard to think of one.

We will have to make some stark choices in coming months, and no conceivable political outcome is likely to resolve the deepest challenges we face. But as we have been warned on the Highest Authority, the things that are Caesar’s are limited anyway. And the larger spiritual struggles with “principalities and powers,” active in our world, has already been won by Christ on the Cross.

He allows us to suffer many trials so that good, ultimately, will come out of them. It’s useful, therefore, to recognize precisely what those trials are in our time.

Until the first few months of this year, we all thought that the 2020 elections presented unusual, but relatively clear alternatives. A controversial sitting president with a strong economic record and enthusiastic supporters would be challenged by an opposition party that believes his every deed, beginning from before his election—even before his entry into politics—is self-serving, corrupt, or darkly conspiratorial. 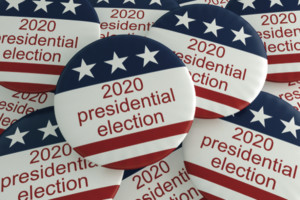 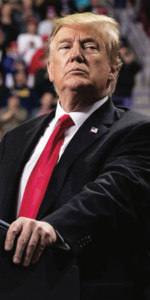 Donald Trump became only the third U.S. president to be impeached (none has been removed from office and Trump was acquitted by the Senate in early 2020). His impeachment had little effect on his overall popularity, and the race continued much as it had earlier—an acrimonious clash of two differing visions of past, present, and future.

That was the situation when COVID-19 struck. The political divide immediately asserted itself once again, with the president’s supporters seeing his efforts as well managed. The opposition, as was to be expected, believed the opposite. Everyone began to say that the way the virus was handled would determine the election.

For the record—though there are various ways to analyze the figures—among the countries whose statistics are fairly reliable, America has comparatively high rates of infection (partly, perhaps, a reflection of the massive numbers of tests done compared to any other country). But it has quite low fatality rates among the infected, lower than Germany’s, the European leader, but higher than the top-performing countries such as South Korea.

In sum, and given the many factors that make comparisons between countries difficult, America has done reasonably well, though it might have done even better if our social life just now were more cooperative and less troubled.

The strangest thing about our current moment is that all this may now mean virtually nothing. The May 25 death of George Floyd while in police custody—and the subsequent protests, riots, looting, and deaths that have marked the past several months—seem to be turning popular opinion away from concerns about the virus and towards the president.

Jeff Bezos, the multi-billionaire owner of Amazon and of the militantly anti-Trump Washington Post had a guillotine built in front of his Washington home, presumably on the principle that very rich people—however liberal—deserve to die. Another guillotine was set up by what appeared to be the same middle-class white twenty-somethings in front of the White House, this one with an effigy of the president with his head on the chopping block.

Are we back in the days of the French Revolution?

Rightly or wrongly, people around the country increasingly see Trump as more likely to restore law and order—and things we all took for granted just months ago: that we can safely walk city streets and that our homes and businesses will be secure.

We certainly need a strong hand. National Public Radio (public, as in partly paid for by tax dollars) interviewed a writer—a trans activist—who has written a book In Defense of Looting, as if it were just one more point of view in the wonderful rainbow of social opinions in a diverse America.

But while Trump is clearly the law-and-order candidate and the Democrats have been much less forthright and hardly persistent in decrying violence, it’s not at all clear that either party now can heal the divisions that have given rise to the violence—or police the large numbers of organized agitators driving each case.

Buildings in Washington, DC are being boarded up again in anticipation of further disorder. Right after the Republican National Convention events at the White House, people were accosted in the streets of the nation’s capital by mobs that didn’t even know whom they were harassing.

There are rumors that groups like Black Lives Matter and Antifa are planning to stage a “fifty-day siege” around the White House. We know how the June protests in Lafayette Park wound up, with a fire set in a historic Episcopal church and “mostly peaceful” protesters being driven back by tear gas and rubber bullets.

You would have to be very naïve to think that all that will come to an end on Election Day, November 3. It’s extremely likely that mail-in balloting will leave the results undetermined for weeks, perhaps months. Will an already seething public square be tranquil as the nation goes through the procedural chaos and legal challenges that will spring up in many places? Or after we have some kind of result? 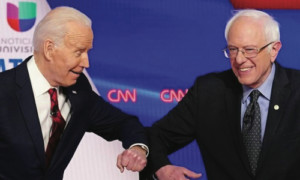 All this comes at the expense of debate over some real issues. President Trump has been a staunch defender of the unborn and of religious liberty, two crucial questions that deserved serious debate this year. For many, including the present writer, that alone makes him the better choice.

By contrast, it’s a moral certainty that a Democratic administration would seek to make killing unborn babies a right. Former VP Biden has also made it clear that his White House would continue to pursue groups like the Little Sisters of the Poor, who have so far won legal protections for a right not to have to do things contrary to their beliefs as Catholics. The whole Democratic Party has become so radicalized by pressures from the extreme Left that it threatens not only religious liberty, but also basic freedoms in education, economics, and public expression that is not “woke.”

President Trump has been dealt a tough hand, but he’s made it tougher with his seeming inability to ignore slights without harsh responses. He has not, despite what Democrats say, created the civil discord that is so clearly now the main feature of our public life. Decades of corrupt public education, family dissolution, and cultural decline have played a far greater role. But he hasn’t much helped heal public divisions either.

In sum, as we head into November, the year 2020 has produced an unusual amount of political conflict, a global pandemic, racial conflicts, widespread rioting and looting, an economic crisis, a political crisis, a cultural crisis, all perhaps without precedent in America. And now NASA predicts that a rather large asteroid will probably hit the earth at one of three locations (it won’t reveal which) on November 2, i.e., one day before the presidential election.

Oh, and a devastating hurricane. Did I mention the suicide of virtually every sport over race? And who knows what else 2020 may have in store by the time this article appears? A journalist friend in Louisiana reports that his elderly momma said as Hurricane Laura approached, “We in Revelations.” True, ma’am. Very true.