The media’s hate campaign against Pope Benedict XVI is fully active — but what does the “Munich Report” really say? 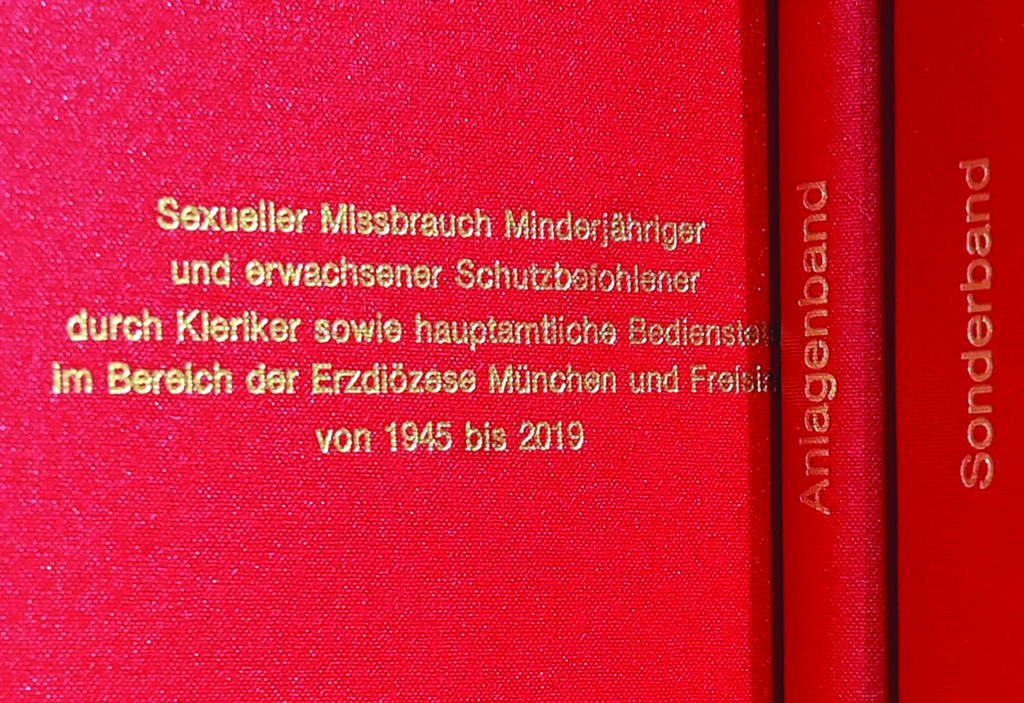 The report on sexual abuse in the Catholic Church faulted the since-retired Pope’s handling of four cases when he was archbishop of Munich, Germany, in the 1970s and 1980s.

The accusations in the recent abuse report by the Munich law firm Westpfahl Spilker Wastl against Pope Benedict XVI are so absurd and far-fetched that apparently no attempt was even made to conceal their perfidious purpose: to use the prominence of the wrongly accused to distract attention from the failures of others, first and foremost the current Archbishop of Munich and Freising. And to deal the death blow to the church for which Ratzinger stands, i.e. a theocentric Catholicism, and to install in its place the Protestantized, anthropocentric Zeitgeist church of the “Synodal Path.”

No other conclusion can be reached by anyone who has seen through the campaign of the media “soundbites” from the Munich press conference and instead concentrates on reading the original report, which is supposed to contain evidence for the accusations confidently trumpeted out into the world programmed for ready-to-leap hostility against the church. But anyone looking for proof, circumstantial evidence or even hard facts that could convict the Ratzinger pope of lying will be disappointed very quickly. For in Munich, the Bavarian mountains screamed mightily, but only a ridiculous mouse was born, so small that no Roman cat would ever run after it.

So let’s take a closer look at the four cases — a whole four out of a total of 65 (!) — in which the then Archbishop of Munich and Freising, Joseph Cardinal Ratzinger (from 1977-1982), is accused of failure in office — or, to be more precise, of not having reacted “in accordance with the rules or appropriately” to cases of abuse.

Already here, however, the pitfall of anachronism threatens when experts try to evaluate the handling of abuse cases half a century ago according to today’s standards. For the fact that an “abuse pandemic” has befallen the Catholic Church is only a realization from the 21st century, and it was Benedict XVI, of all people, who reacted most vehemently to it and cleaned out the Augean stables.

During his pontificate, at least as far as Europe is concerned, the first cases of abuse in the church environment were dealt with and the toughest disciplinary measures to date were taken, from the transfer of 384 perpetrator priests to the laity to (for the first time) cooperation with secular law enforcement agencies. But which person can be blamed for not having possessed in 1977 the knowledge and sensitivity to a then practically unknown problem that we have today, in 2022?

Was it not inconceivable to all of us into what abysses the over-sexualization of our society since the “revaluation of values” of 1968 would plunge even priests’ souls?

Wasn’t the idea that there could be pedophile priests unthinkable for all of us at that time?

Were there not other explanations for rumors that seemed more likely on the basis of the knowledge of the time? And don’t people of high personal integrity often display a certain naivety when it comes to the depths of criminal souls? Isn’t that why impostors and fraudsters have such an easy game?

Certainly an archbishop is not a criminal psychologist and runs the risk of seeing the good in a person first. Jesus’ admonition to restrain oneself at every stoning and to give even repentant offenders a second chance leads every bishop at least into a conflict of conscience when dealing with abusers. So it is rather a truism when Benedict XVI also states in his answer to the questions of the experts that it is nevertheless unavoidable “to classify the actions of that time historically correctly and to classify them in the context of that time, in the legal situation of that time, in the spirit of that time and in the moral concepts that prevailed at that time.” This includes the fact that only those who violated the legal norms in force at the time of their responsibility are guilty.

“Nulla culpa sine lege” (“No guilt without law”) is a legal principle from Roman law that should also be known to a Munich law firm, but was unfortunately swept under the rug, at least at the press conference.

Thus, the instruction “Crimen sollicitationis,” which Ratzinger is said to have violated between 1977 and 1982, came into force at all only with the Codex Iuris Canonici of 1983, for whose adoption none other than Joseph Cardinal Ratzinger, now as Prefect of the Congregation for the Doctrine of the Faith, was responsible. It has even been applied only since the end of the 1990s. But this would at least clarify why Ratzinger did not report the cases in question to Rome, if they had been known to him at all — at that time this was neither a regulation nor common practice!

But even otherwise, there is quite a bit of room for interpretation in the five cases that Ratzinger is accused of. The experts also have to admit this, and they even put the number of cases mentioned into perspective again, literally: “Of these, two cases concern acts committed during the term of office of Archbishop Cardinal Ratzinger and three cases those that were committed before his term of office and partly outside the territory of the archdiocese. Of the cases dealt with in this volume, the suspicions expressed by the experts were not confirmed in one case. In the separately presented case 41 (which is treated separately and is not a part of the report proper, the author), the suspicion was only partially confirmed.” 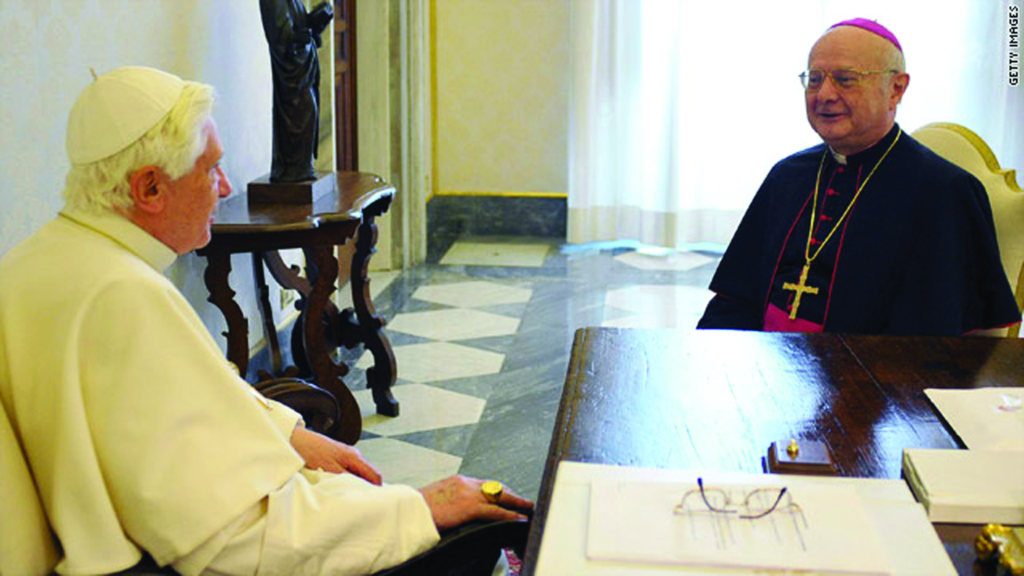 Pope Benedict XVI meets Robert Zollitsch, president of a conference of German bishops, in his office to discuss abuse allegations.

The first of the four cases — numbered “No. 22” in the report — involves a priest who had been sentenced to prison in the 1960s for homosexual pedophilia. After his release, Ratzinger’s predecessor, Julius Cardinal Döpfner, had transferred him abroad.

During Ratzinger’s tenure, he asked to return to his native Bavaria to retire. He was granted that in the late 1970s.

The expert opinion insinuates that Benedict XVI knew the perpetrator because he had spent his vacation in his former parish and, moreover, was acquainted with his successor. Moreover, he had given him the “honorary title of ‘parish priest’” upon his retirement. And this is where the absurdities begin. Because, of course, “parish priest,” unlike, say, monsignor, apostolic protonotary, or prelate, is not an honorary title, but a job title. “Retired pastor” is what any priest who has once led a parish may call himself.

So Ratzinger did not confer it on him either, he was merely written up with his correct professional title when the Archbishop’s General Vicariate granted him the transfer to retirement. To claim that Ratzinger had looked into his past life and criminal record during his one-time vacation in his former parish is not only an insinuation, but a perfidious construction: the vacation in question took place in August 1982, that is, half a year after Ratzinger had resigned from his office as archbishop in order to work in Rome as Prefect of the Congregation for the Doctrine of the Faith at the request of John Paul II. So even if — which is hardly likely — he had learned something about the perpetrator’s previous life at that time, it could not have influenced his action three or four years earlier.

Whether Ratzinger ever knew why the said person had acted abroad is more than questionable. He himself denies it and there is no reason not to believe him. But there would also have been no reason to refuse a man who had served his sentence and never relapsed to return home and retire with a standard letter and correct salutation.

But Ratzinger did not even do that; the form letter remained without the cardinal’s signature! Thus, even the experts have to admit that Benedict XVI has to be considered “insofar as a whole exonerated.” 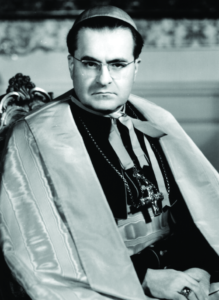 In the second case, “No. 37,” a priest from the diocese of Essen had been convicted of “attempted fornication with children and (sexual) offense” in the early 1970s, that is, under Ratzinger’s predecessor Julius Cardinal Döpfner. Immediately, the diocese removed him from the teaching ministry. Five years later, now under Ratzinger, there was a second conviction for exhibitionist acts. Ratzinger had agreed that the priest should nevertheless remain in his post, where he relapsed a year later. Now the court sentenced him to a suspended prison term. After receiving specialized medical treatment, he was subsequently employed by a private school as a religion teacher. While Benedict XVI denies having been fully informed about the case, at least the behavior of his vicar general is understandable: The priest in question had only been convicted of being an exhibitionist during Ratzinger’s tenure, so he had not committed acts against children. A transfer was out of the question because he was undergoing psychiatric treatment at the site. When he relapsed, he was dismissed from pastoral ministry; he then taught at a private business school, where, according to the principal, he behaved impeccably. Moreover, in the 1970s it was believed that exhibitionism and pedophilia were curable diseases that could be cured by psychiatric treatment. So again, there is no evidence of any wrongdoing or neglect on the part of Archbishop Ratzinger.

The third case, “No. 40,” exonerates Benedict XVI rather than incriminates him. A priest of a foreign diocese and relative of the bishop there had been given a suspended sentence in his home country for sexual abuse of children. The bishop, his uncle, then sought to send the perpetrator to Munich to continue his studies or doctorate, a request that Archbishop Ratzinger granted. In the process, the latter was also assigned as a chaplain in pastoral care. When he was observed bathing in the nude and seeking private contact with altar boys, he was forbidden to have any celebrations in the parish and finally his dismissal was effected.

The opinion insinuates to Archbishop Ratzinger, admittedly without a single shred of evidence or even circumstantial proof, that he must have known of the young priest’s condemnation abroad. It is much more likely, however, that his uncle deliberately concealed it. Now, neither skinny-dipping nor “making an effort to make contact” is sexual abuse, let alone a criminal offense. Nevertheless, the diocese acted preventively.

The fourth case, “No. 42,” involves a priest who was accused of taking “lewd photographs” of girls under 14, which later led to a conviction. Archbishop Ratzinger had been informed about this, who decided to put the accused henceforth in a home for the elderly and in a hospital. The parish priest who accepted him into his parish also allowed him to celebrate in the parish church. How the experts want to deduce a failure of Ratzinger or even “indifference and disinterest” from the punitive transfer that took place, especially since sexual acts with minors were never at issue, remains open. The entire passage of the Munich report concerning Cardinal Ratzinger, a whole 72 pages, does not deal with a single case of sexual abuse, at least as far as his diocese and his term of office are concerned. There was not a single victim of such, neither boy nor girl, man or woman, neither minor nor adult. It is therefore absurd to accuse him of failing to protect victims.

Do these four cases suffice to damage the life’s work of one of the most intelligent Popes in the history of the Church? At best, they reveal that the Church has become more sensitive in dealing with abuse, and that is a good thing. But, as we have already said, this was precisely the work of Benedict XVI, which makes it all the more absurd and perfidious to now place the enlightened person in the same corner as the cover-ups!