Appeal to German Catholics against the Kirchensteuer (“Church Tax”)

Appeal to German Catholics against the Kirchensteuer (“Church Tax”) 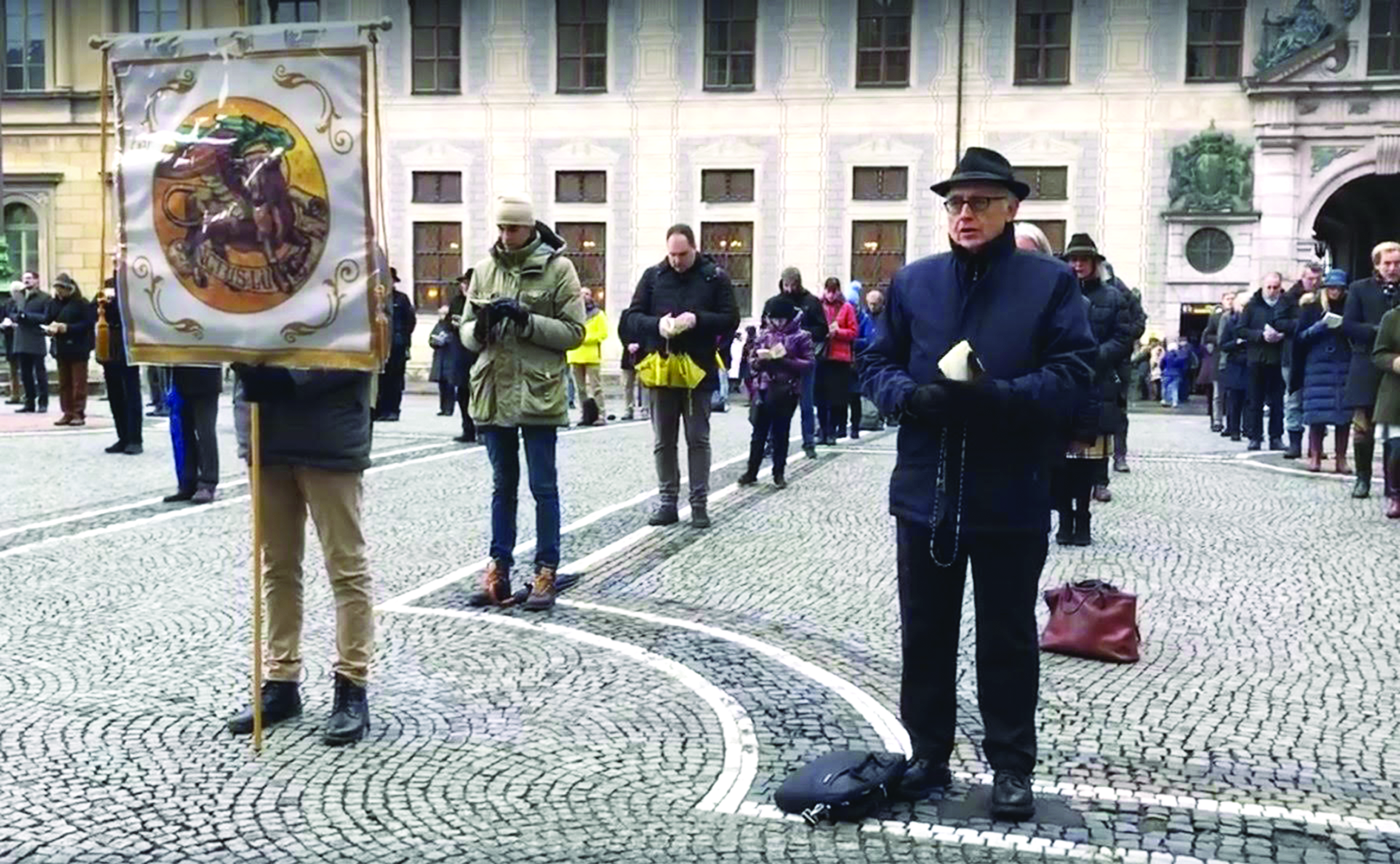 In the front, wearing glasses, Italian historian Dr. Roberto de Mattei, chief organizer of the prayer and protest. In the back on the left, just visible behind the man in the light-colored jacket and white cap is a bearded Archbishop Viganò wearing a dark hat. The archbishop told ITV he felt it was important that he participate in a moment of prayer to defend the doctrine of the Church — the truth taught by Christ and the Fathers, which all generations of Catholics have defended

I make an appeal to German Catholics, asking them to stop paying the so-called Kirchensteuer, the withdrawal of a part of their income based on their religious conviction. It is inadmissible that the only way to exempt oneself from this forced withdrawal is by an obligatory declaration of abandonment of the Church (Kirchenaustritt) which is automatically followed by a de facto ex-communication.

The German Bishops’ Conference has decreed that those who subscribe to the Kirchenaustritt may no longer go to confession, receive Communion or Confirmation, and when they die, they may not receive a Catholic funeral.

Without explicitly pronouncing the word “excommunication,” the German Bishops’ Conference is punishing those who leave the Church for financial reasons by excluding them from the sacramental life, which is the essence of the punishment of ex-communication (can. 1331 § 1). They may be readmitted to the sacraments only after retracting their declaration and pledging to meet their financial obligations.

According to the Synodaler Weg, divorced and remarried Catholics who pay the Kirchensteuer may receive the sacraments, but practicing Catholics who refuse to pay this tax are rigorously excluded from the sacramental life of the Church.

Heretics and notorious schismatics, including priests and bishops, are not sanctioned, while the punishment of ex-communication is applied to an act that, even in the worst cases, qualifies merely as an act of lay disobedience, against which canon law provides no punishment.

The criterion of belonging to the Catholic Church is based on the gift of faith that every Catholic receives at the time of Baptism and cannot be reduced to the paying of a tax.

Only a profoundly secularized institution can equate belonging to the Church with the payment of a portion of one’s income. The German Church, economically rich but spiritually ever poorer, appears in the eyes of the Christian to be a bureaucratic and corporate apparatus subjected to public opinion and the civil authorities.

Furthermore, whoever subordinates the sacramental life to the payment of a tax falls into the sin of simony (Acts 8: 5-24), the selling of spiritual goods that has characterized all the ages of great crises in the Church.

The name Kulturkampf is remembered in history as the persecution against Catholics carried out by Chancellor Bismarck in the last thirty years of the 19th century.

The Communist theoretician Antonio Gramsci claimed in his own turn a new Kulturkampf against the Catholic Church, never imagining that the ones who would carry out his plan for the secularization of society would be the bishops themselves.

The crucial question that must be asked is this: can a Catholic be an accomplice in the process of de-Catholicization of their own country? (…)