“The Holy Spirit Helps Us and Shows Us the Right Way”

“The Holy Spirit Helps Us and Shows Us the Right Way”

The Synod for the New Evangelization is over, but the work starts now. This happens all the time, but in this case it seems more necessary than ever for all Christians to roll up their sleeves. This is what the Pope said in his homily at the closing Mass: “All people have a right to know Jesus Christ and his Gospel: and Christians, all Christians — priests, religious and lay faithful — have a corresponding duty to proclaim the Good News.”

So everyone has this duty, and in every situation of life, especially toward those who have “lost a secure and sound direction and have become, often unconsciously, beggars for the meaning of existence.”

During the three weeks of the Synod, the Pope celebrated four public Masses. He proclaimed two new Doctors of the Church and seven new saints, opened the “Year of Faith” and celebrated the 50th anniversary of the Council. Benedict XVI has loved and still loves the Council because he knew it deeply. On the evening of October 11, in St. Peter’s Square, just as they did 50 years ago, thousands of faithful gathered to hear and greet the Pope, and Benedict XVI made a brief but intense speech that should guide all the celebrations of and discussions on the Council.

“We were happy then — I would say —and full of enthusiasm. The great ecumenical Council was inaugurated; we were sure it had to be a new springtime of the Church, a new Pentecost, with a strong presence of the new liberating grace of the Gospel.” 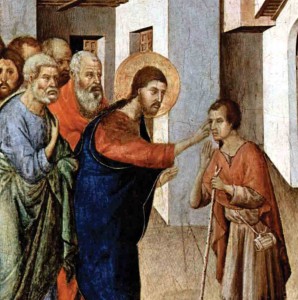 “We were happy then”… The Catholic world thought that everything would become easier and more beautiful as if by magic. Some even seemed to believe that sin and evil would be banished from the face of the earth. Despite the discussions and debates, it seemed that the whole world had finally been captured by the beauty of the Gospel.

“But it was not that easy,” the Pope said. Just as after the Council, it was not enough to have a generic enthusiasm, but rather there was a need for the commitment of everyone, so today for the new evangelization it is necessary that each one feel responsible for announcing the message.

The key to the “new evangelization” can be found in the experiences of 50 years ago. “The fire of the Holy Spirit, the fire of Christ, is not a consuming and destructive fire, it is a quiet fire, a small flame of goodness, kindness and truth, which transforms, gives light and heat.” So, the Pope said, concluding the Synod with a personal reflection, “the Church may meet contrary winds, but it feels especially the wind of the Holy Spirit that helps us and shows us the right way, and so, with renewed enthusiasm, I think, we are on our way. We thank the Lord that he has given us this truly Catholic meeting.”

And so, “we can be happy also today because his goodness never goes out, it is still strong today!”

And the invitation from the bishops to Christians all over the world through the message “To the People of God” is a simple truth that comes right from the Council: “The work of the new evangelization is to present again to the heart and the mind, often distracted and confused, of men and women of our time, and first of all to ourselves, the beauty and the perennial newness of the encounter with Christ.”

The bishops summoned to Rome had to talk about how to help their flocks keep the faith, because secularization has gnawed at the faith of old Europe, canceling much religious feeling, and consumerism has done the rest. These problems are strongly perceived and were described by bishops from all five continents in their speeches and discussions. These problems are common to all. In the most Catholic country in the world, Brazil, the bishops are concerned about how to stem the phenomenon of sects, and the “theology of abundance” that wins the faithful over by offering money and work. In Asia, the continent of great philosophies and few religions, the problem is how to be a Christian in a minority which is particularly persecuted. In Africa, the continent of an explosive but also anarchic faith, the problem is how to be both missionaries and in dialogue. In the Middle East where Christians are persecuted, the problem is to find a reason to stay. In the America of consumerism, the problem is how to remember God. And in Europe, the problem lies in widespread indifference.

But reading the speeches of the Synod Fathers, one senses that they all face the problem in a common way.

Benedict XVI summed it all up with a homily at the closing Mass of the Synod starting with the example of Bartimaeus, the man who lost his sight but not hope, Bartimaeus the beggar who had lost everything, Bartimaeus who for us today represents “those living in traditionally Christian regions where the light of faith has weakened, and have fallen away from God and no longer consider him relevant to their lives.”

So these are the guidelines of Pope Benedict: go back to an intense sacramental life, support the mission, and enter into dialogue with those who have fallen away. And it is still Bartimaeus whom the Pope refers to when he describes the “new evangelizers”: those who like the blind man “have had the experience of being healed by God, through Jesus Christ. And characteristic of them all is a joyful heart.”