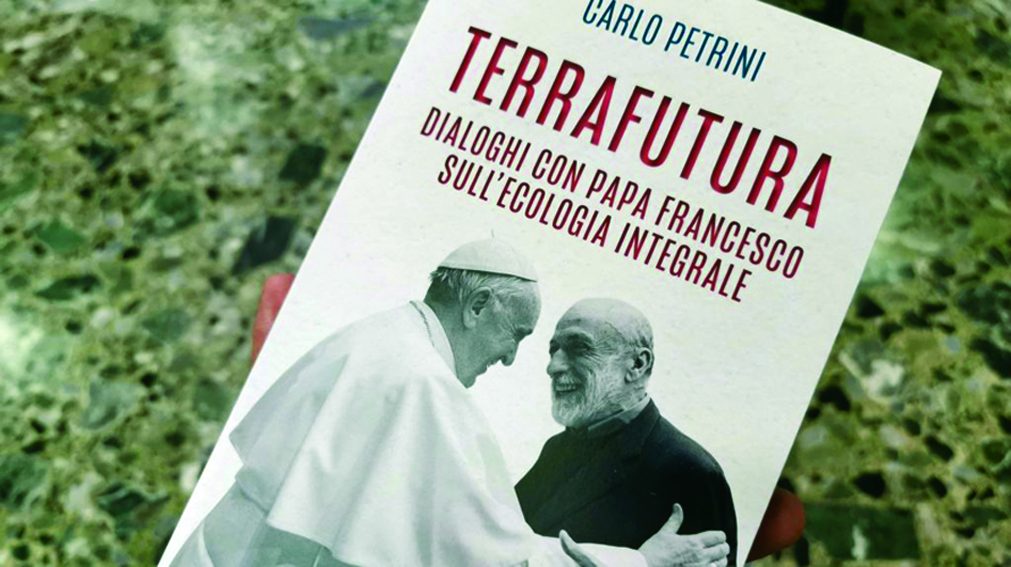 A book publishing conversations between Pope Francis and Carlo Petrini, the founder of the Slow Food organization, highlights the Pope’s emphasis on dialogue with others.

Petrini, 71, is a well-known Italian gastronomist, agnostic, and ex-Communist who started Slow Food in 1989 to safeguard local food culture. It is in this context that the author introduces the three “dialogues” on integral ecology he had with Pope Francis between May 2018 and July 2020.

Petrini, also known by the name “Carlin,” notes in the book’s introduction that he and Pope Francis are “two people with extremely different stories and lives.”

TerraFutura (“FutureEarth”), which came out September 9 in Italian, recounts these three conversations, an impetus for which was Francis’ encyclical Laudato si’.

The dialogues make up the first 67 pages of the book. The second part is Petrini’s personal reflections on the themes of biodiversity, economy, community, migration, and education.

“This book is important not only for the content, but for the method,” Fr. Antonio Spadaro, director of Jesuit magazine La Civiltà Cattolica, said.

“I didn’t read this book as three interviews,” he added, “but as three conversations, three exchanges.”

Francis called Petrini a “pious agnostic.” He added: “You have piety for nature and this is a noble attitude.”

In the first conversation with the Pope, Petrini suggests that certain messages, such as that of Laudato si’, remain completely in the “hand of the Catholic world, and us nonbelievers fail to understand the cultural and political potential of this message.”

Pope Francis said that “dialogue is very important. Laudato si’ is a common point of both sides, because it was written for everyone.”

“Even believers, those who are open to the transcendent, must understand agnostic humanism, which is a reality. It is on that level of understanding that we can dialogue,” he observed.

The Pope denounced the idea, inherited from the Enlightenment, that faith and reason are two irreconcilable worlds.

Petrini was also a participant in the October 2019 Amazon synod, which he called “one of the most beautiful moments of my life.” 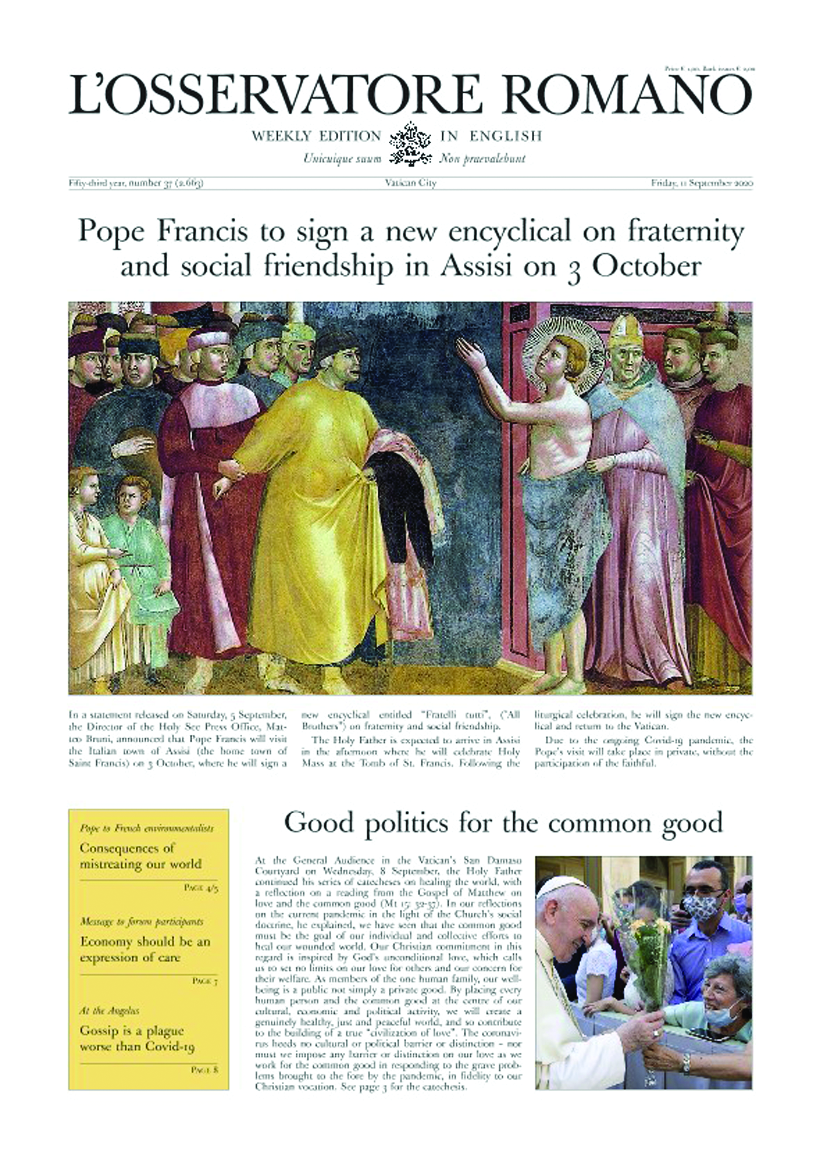 Pope Francis visited the Italian town of Assisi on October 3 to sign a new encyclical.

In a statement released this summer, the Director of the Holy See Press Office, Matteo Bruni, said the encyclical is entitled Fratelli tutti or “All Brothers,” and is on fraternity and social friendship.

The Pope arrived in Assisi in the afternoon and celebrated Holy Mass at the tomb of St. Francis before signing the encyclical.

The visit took place in private, without the participation of the faithful.

In a statement, the bishop of Assisi, Domenico Sorrentino, said, “While the world is suffering a pandemic that makes so many people’s lives difficult, and makes us feel for brothers in pain, we cannot but feel the need to become above all brothers in love.”

“This gesture of Pope Francis,” concluded the bishop, “gives us new courage and strength to ‘restart’ in the name of the fraternity that unites us all.”

The title of the Pope’s new encyclical recalls a central theme of his magisterium. On the evening of his election to the papacy on March 13, 2013, Pope Francis first greeted the world with the word “brothers.”