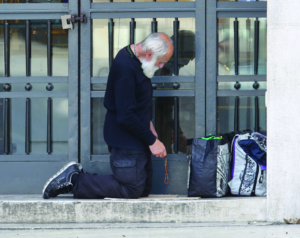 As Bishop of Rome, Pope Francis has started a fund with 1 million euros (c. $1.1 million) to help those in the diocese of Rome who are facing economic difficulty because of the coronavirus.

In a June 8 letter to Cardinal Angelo De Donatis, Rome’s vicar general, Pope Francis said “there are many fathers and mothers of a family who are fighting with difficulty to be able to set the table for their children and to guarantee there will be the minimum needed.”

“As Bishop of Rome, I decided to institute in the diocese, the ‘Jesus the Divine Worker’ Fund, to recall the dignity of work…” Francis said.

The 1 million euros will go to the Diocese of Rome’s charitable organization, Caritas, and is intended to help those who are most gravely impacted economically because of the coronavirus and the measures put in place to control its spread. Especially, the Pope said, the fund is for those who are likely to be excluded from institutional sources of support.

In his letter, Pope Francis said he wanted Rome’s return to “normality” after the coronavirus pandemic to be marked by “a work which sees us united, above all in facing the suffering of those who are the most marginalized.”

“The Church in our city is present and accompanies the weak with her charity, and is ready to collaborate with the city’s institutions and with all the social and economic realities,” he stated.

The Pope said it was very close to his heart to protect the dignity of those hit hardest by the effects of the pandemic.

Before the pandemic, Italy’s overall unemployment rate was just under 10%. In the months of March and April, Italy saw its number of jobs drop by 400,000 and at the end of April, according to ANSA, 4.7 million people filed requests for the country’s COVID-19 bonus, a 600 euro-per-month stipend for self-employed Italians who lost their source of income due to the coronavirus.

“This time of suffering we are living because of the pandemic, besides sowing sorrow and worry, is seriously weakening the social fabric of our city,” the Pope underlined. “We see that many people are asking for help, and it seems that ‘the five loaves of bread and two fish’ are not enough. Yet, I cannot but notice with joy the signs of life of our Church in Rome and of the whole city.”

He encouraged Romans to give to the new fund and to share generously with their neighbors, not just from their “excess,” adding that he would like to see the city grow in the “solidarity of next door.”

He also invited the priests of Rome diocese to be the first to participate and to be enthusiastic supporters of sharing in their communities.

“May the Lord bless our diocesan community and the whole city. I invoke on all the strength and consolation and protection of Mary Salus Populi Romani,” he wrote as he closed his letter.

Julio César Caballero with Pope Francis as he began his mandate as the ambassador from Bolivia to the Holy See four years ago, in 2016. Now Francis has given him a Vatican post

Thanks to a decision by Pope Francis, a Bolivian will be responsible for the Vatican’s Pontifical Commission for Latin America, in charge of spreading the Catholic faith on the continent. The Pope’s new appointee is Julio César Caballero, who assumes the role after having been former socialist president of Bolivia Evo Morales’ ambassador to the Vatican for four years.

Caballero was among the few diplomats appointed by Morales who were not dismissed last November by the interim government of Jeanine Áñez. He, however, resigned from the position in March. Caballero comes from Santa Cruz, where he served for a long time as a television journalist.

A few have objected to Francis’ appointment of Caballero as a veteran official of a “communist” government. (Bolivia’s president, Morales, had famously given Francis the gift of a crucifix made from a hammer and sickle at one visit.)

At the time of his 2016 appointment by Morales, Caballero said that, as a Catholic, and as a man of the Church, he humbly offered himself as a bridge between Bolivian Catholicism and the government. He gave his speech after he was confirmed by the Senate. At that time, relations between Morales and the Church in Bolivia were experiencing a moment of strong recovery, thanks to Pope Francis’ visit to Bolivia in July 2015.

Before Francis’ pontificate began in 2013, Evo Morales’ positions were perceived as rather anti-Catholic. However, Morales established a warm relationship with the Argentine Pope — so close, in fact, that Chile became concerned about its implications since Bolivia and Chile were engaged in a maritime dispute.

The Pope’s new appointee has his job cut out for him. Among the issues that he’ll have to deal with in his new role is the decline in Catholic parishioners in Latin America; Catholics now comprise 60% of Bolivians, compared to 90% in past decades. (CommunalNews/ITV staff) 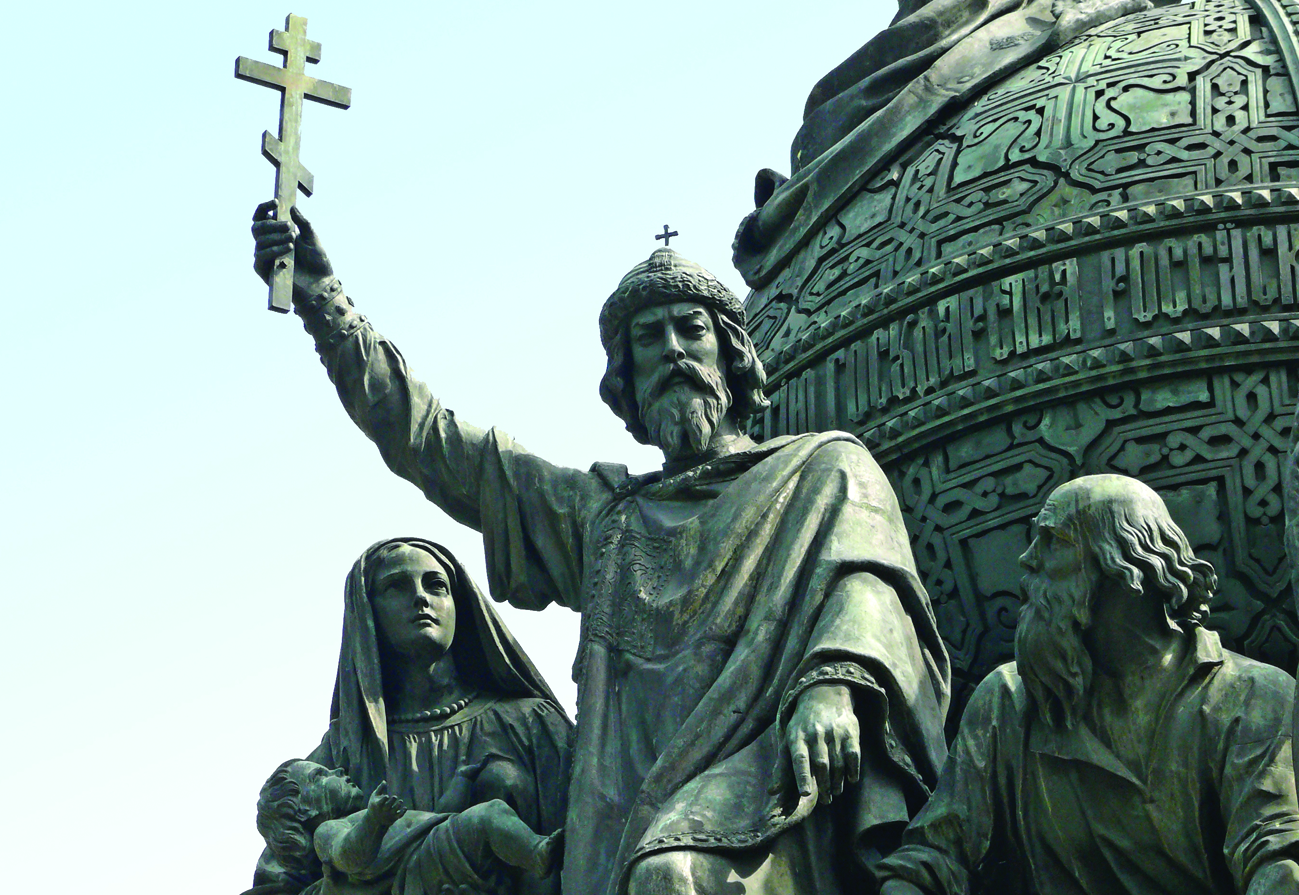 A monument in Kiev to Prince Vladimir, who converted to Orthodoxy in 988 A.D.

Despite appeals from religious and secular leaders around the world, the government of Turkey, led by President Recep Tayyip Erdoğan, announced July 10 that it will turn the Hagia Sophia, built as the Christian cathedral of Constantinople in the 6th century and a symbol of Eastern Christianity for centuries, into a Muslim mosque.

The church bears a Latinized Greek name which means “Holy Wisdom,” referring to the Wisdom of God—the Logos—the Second Person of the Blessed Trinity.

Criticism of the decision from world Christianity has been swift. Pope Francis said at his Sunday Angeles address July 12, “I think of Hagia Sophia, and I am very saddened.”

The World Council of Churches, with its membership of half a billion, expressed its “grief and dismay” over the action.

Metropolitan Hilarion, head of External Church Relations for the Russian Orthodox Church, recalled in a July 10 interview that the Hagia Sophia had a vital role in the Russian people’s embrace of Christianity.

“It was while attending the divine service in Hagia Sophia,” he said, “ that the ambassadors of Prince Vladimir felt that they did not know where they were —in heaven or on earth. Returning to Kiev, they talked about what they saw and heard to Prince Vladimir… We can say that Russia’s adoption of Christianity, which predetermined its entire history, has a connection with this church, and it is an important symbol for us.” 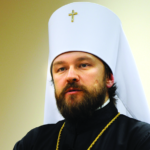 After a millennium as the most important Christian Church in the East, invading Ottomon Sultan Mehmed the Conqueror ordered the cathedral to be turned into a Muslim mosque in 1453.

It remained as such until it was closed in 1931 by the secular Turkish government and then reopened in 1935 as a museum.

Commenting on why Turkey had taken this step, Metropolitan Hilarion said, “When, in 1934, Mustafa Kemal Atatürk decided on the museum status of the Hagia Sophia, the goal was to turn Turkey into a secular state, the symbol of which was the museum status of Hagia Sophia. Today’s decision is undoubtedly taken under the influence of radical Islamists, who are gaining strength in modern Turkey.”

“I repeat once again,” he said, “in the Orthodox and Christian world as a whole, this decision of the Turkish authorities is received with great sorrow.”