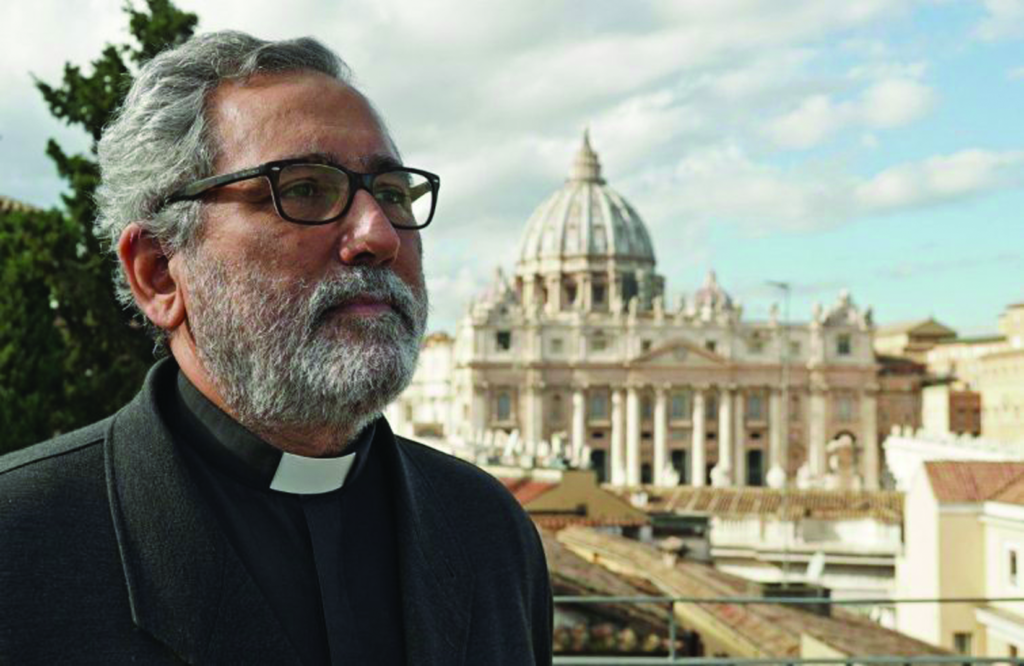 The Prefect of the Secretariat for the Economy, Father Juan Antonio Guerrero Alves 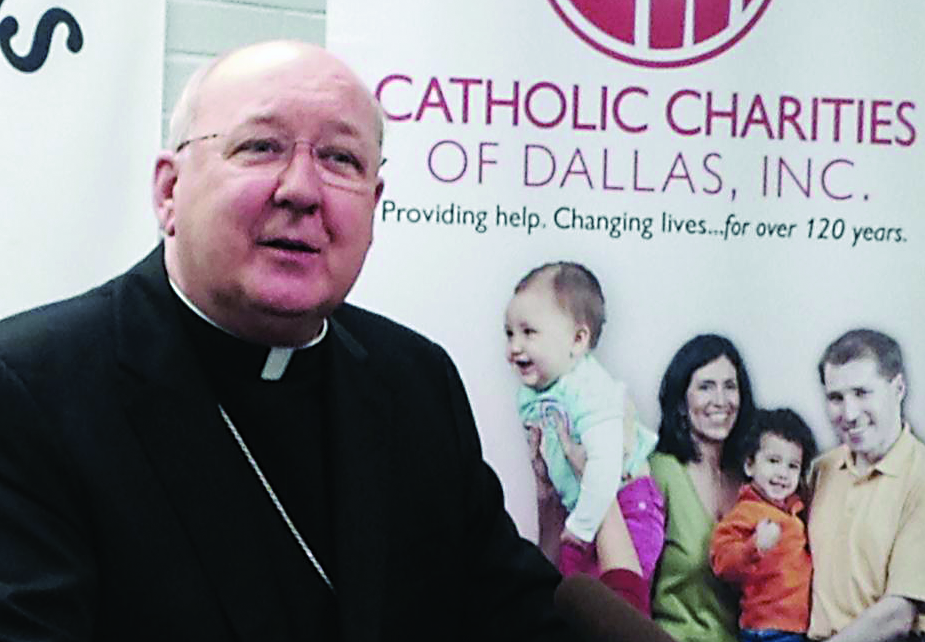 Cardinal Kevin Farrell, who recently released the Statute of the Investment Committee of the Secretariat for the Economy

A new unified policy for the financial investments of the Holy See and Vatican City State went into effect September 1. The Investment Policy document from the Prefect of the Secretariat for the Economy, Father Juan Antonio Guerrero Alves, had been discussed in the Secretariat for the Economy and with specialists in the sector. The text was addressed to the Heads of Dicasteries in the Curia and Heads of Institutions and entities connected to the Holy See.

Investments aligned with the Teachings of the Church, not speculative ones

“The new Investment Policy,” a Holy See press release reads, “intends to ensure that investments are aimed at contributing to a more just and sustainable world; preserve the real value of the Holy See’s net worth, generating sufficient return to contribute in a sustainable way to financing its activities; is aligned with the Teachings of the Catholic Church, with specific exclusions of financial investments that contradict fundamental principles, such as the sanctity of life or the dignity of the human being or the common good.”

For this reason, the press release continues, it is important that these investments “are aimed at financial operations of a productive nature, ruling out any designed to be speculative in nature.” 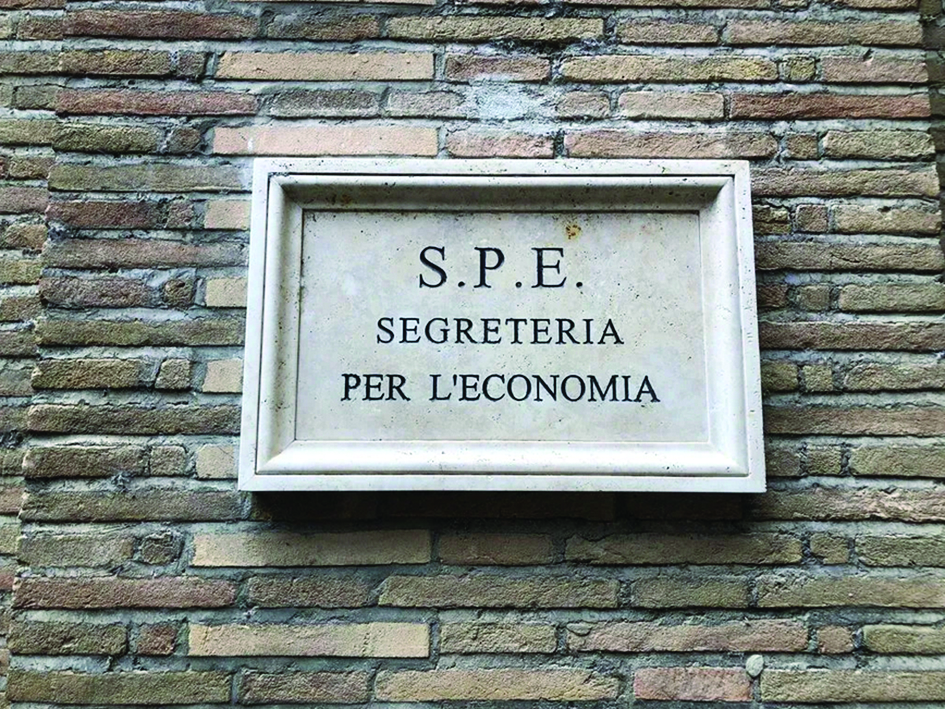 The plaque at the entrance to the Secretariat for the Economy, Vatican City. Credit: Pillar Media

The Policy, adds the Secretariat for the Economy, was approved ad experimentum for 5 years and will enter into force on 1 September, with a moratorium period to comply with the proposed criteria.

The press release also explains how the new Investment Policy will be launched.

“Curial institutions,” the note reads, “will have to entrust their financial investments to APSA, transferring their liquidity to invest — or their securities deposited with banks abroad or at the IOR itself — to the APSA account set up at the IOR for this purpose.

“APSA, as the institution that administers the assets of the Holy See, will set up a single fund for the Holy See in which the investments in the various financial instruments will flow, and will have an account for each institution, processing the reporting and paying the returns.”

The role of the Investment Committee set up by Praedicate evangelium

Finally, the press release refers to the new Investment Committee, which was established by the Apostolic Constitution Praedicate evangelium.

This Committee, the statement emphasizes, “will carry out — through the APSA — the appropriate consultations aimed at implementing the investment strategy and will evaluate the adequacy of the choices, with particular attention toward the compliance of the investments made with the principles of the Social Doctrine of the Church, as well as with return and risk parameters according to the Investment Policy.”

The Secretariat for the Economy also made public on Tuesday the Statute of the Investment Committee, led by Cardinal Kevin Farrell, which is responsible for defining the investment strategies and ensuring their effective implementation.

In accordance with the Investment Policy, the Articles stipulate that the Committee draws up and updates the mandates that APSA must indicate to the Portfolio Managers.

Internal control of the Committee’s activities is entrusted to a Compliance Officer appointed by the Prefect of the Secretariat for the Economy.

This arrangement is meant to guarantee the transparency and good functioning of the Committee as well as ensure the absence of conflicts of interest and oversees the correct management of risks.

Canon lawyer and journalist Ed Condon, who has been following Vatican financial scandals and this pontificate’s reforms closely, remarked in his blog The Pillar that, “The policy is likely to be welcomed and opposed in equal measure within the Vatican, especially to the extent that it might catalyze the internal accountability and oversight that Vatican reformers have long pushed for.

“But when it comes to effecting real change to the Vatican’s way of doing business, personnel is likely to remain far more important than the policy itself, regardless of the policy’s details. And it is not clear that the new policies will sufficiently address the Vatican’s problem with choosing good partners for doing business — and that may prove to be the making or breaking of the new regime’s effectiveness.” 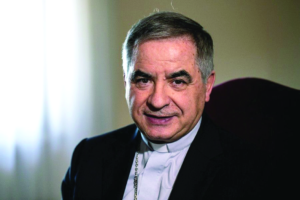 The new rules set to govern Vatican investments are largely seen as a product of financial scandals and internecine fighting that have plagued the Francis pontificate.

A year after his 2013 election, Francis appointed Australian Cardinal George Pell as prefect of the new Secretariat for the Economy. His mandate: to bring transparency and accountability to Curial finances. Pell was subsequently sidelined by the need to defend himself (ultimately successfully) at his own trial in Australia for sexual abuse.

In 2015 the Pope hired Libero Milone as the first-ever Vatican auditor general; he was hampered (an independent audit by accounting giant PricewaterhouseCoopers he ordered was suspended by another curial department) and eventually shut out of the offices he was supposed to be auditing.

Now, in process for over a year is the Vatican City courtroom trial of disgraced Cardinal Giovanni Becciu (photo), former “Sostituto” for General Affairs at the Vatican’s Secretariat of State, then Prefect of the Congregation for the Causes of the Saints. The trial began on July 27, 2021.

The cast of characters involved in the activities leading to the trial includes Italian businessman Raffaele Mincione, who was given millions of euros borrowed in collateral-secured loans by the Vatican — under the direction of Cardinal Becciu — to invest in companies owned by him; Gianluigi Torzi, another Italian businessman arrested in Vatican City for fraud, embezzlement, money laundering and extortion, who skipped out on his bond and fled to London; and Italian Cecilia Morogna, who was paid by Becciu as a self-styled “global security analyst” and made the unverified claim at trial that she had negotiated the release of kidnapped nuns.

The Becciu trial specifically concerns the 2018 London real estate deal which the Vatican bank found in 2019 to be suspicious, triggering an investigation.

In 2020, prosecutors met with Pope Francis and presented a dossier of evidence against Cardinal Becciu concerning a range of possible financial crimes. The Pope ordered Becciu to resign the rights and privileges of a cardinal and sacked him as head of the Congregation for the Causes of Saints.

This year, on May 5, (former Cardinal) Becciu returned to the stand for the second time during his ongoing trial, and testified that accusations that he misused Vatican funds were “unfounded,” and that “there was never any objection” to the property deal from Pope Francis and Cardinal Pietro Parolin, Vatican Secretary of State. “In fact,” he said, “they were happy when it went well,” initially producing nearly 10 million euros in annual returns. (Eventually the Vatican seems to have lost perhaps 200 million euro on the deal, which finally closed on July 1 of this year.) Becciu maintains that he was “the victim of a plot hatched against me” and is innocent.n