I Know That My Redeemer Liveth

I Know That My Redeemer Liveth

He is the great Vindicator, who pays our ransom “skin for skin” 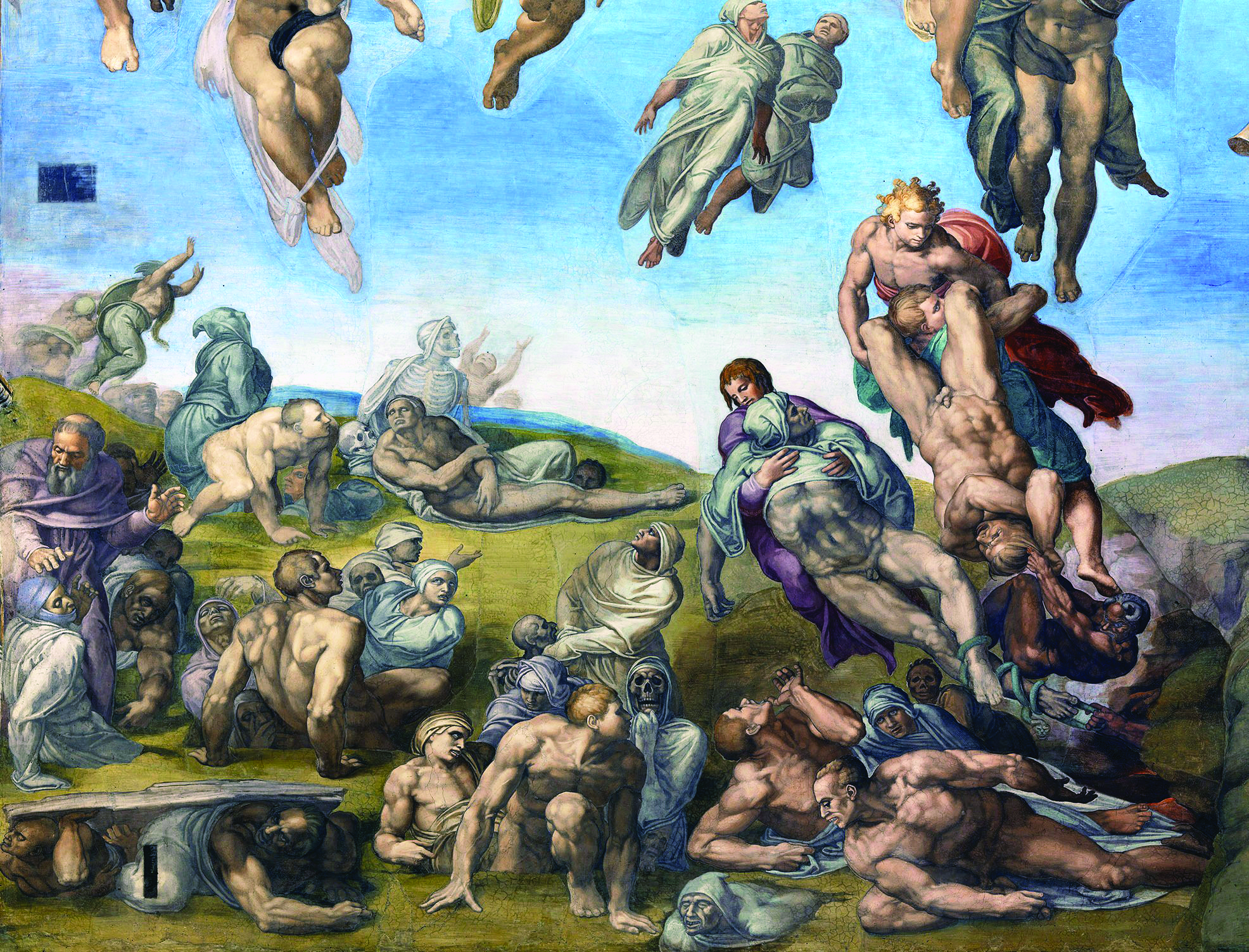 A few nights ago, when my wife’s beloved father lay in the hospital, comfortable and at peace, I searched my Breviarium Romanum for fitting prayers from the old Latin rite. There my eyes fell upon the Office for the Dead. I didn’t know what to do, so I prayed Matins, in three nocturns, and was struck by the wisdom and power of the nine readings from the Book of Job and the verses between them. Those verses cry out, begging God for pardon and laying no oil of flattery upon the soul. “Lord,” we plead after the third lesson, “when you come to judge the earth, where shall I hide from the wrath of your countenance? For I have sinned exceedingly in my life.” Nor do we cease from sinning, as we confess after the seventh lesson: “The fear of death troubles me, as I sin every day and do not repent.”

Yet in the valley of the shadow of death, the Lord is with us. So the Church encloses our pleas and our fears within the promise. The ninth and final response calls upon the Lord who has “smashed the brazen gates” of hell, and visited the netherworld to give light to those who endured the pains of darkness. They cry out, “You have come, our Redeemer!” That brings to fulfillment the hope expressed in the first response, adapted from Job 19:25-27:

Hebrew is terse and taut, and the Book of Job is poetry of a tremendously concentrated sort, employing words and forms that do not appear in the prose of the historical books. Scholars must tread with care, then, especially when they see, as in the lines above, a flash of hope beyond the hope of Moses and the Law. Many commentators say that the Redeemer here is an imaginary avenger of blood (cf. Num. 35:17-28), a Vindicator: the noun built from the Hebrew verb ga’al, to play the part of a kinsman, that is, to redeem a kinsman from bondage, to vindicate his good name, or to avenge a wrongful death. So Boaz called upon his kin to redeem the widow Ruth, one of their kin by marriage (Rt. 4:4-6). And Job does need a vindicator. Recall that he has been stricken by the Accuser, Satan, who had sneered before God, suggesting that Job was righteous only because God had favored him. From that slanderer the poet turns to others, the three friends who say that somehow Job has deserved his misery, even going so far as to invent charges against him (22:6-11). So, some say, what Job really wants is a good attorney. He wants his name again. 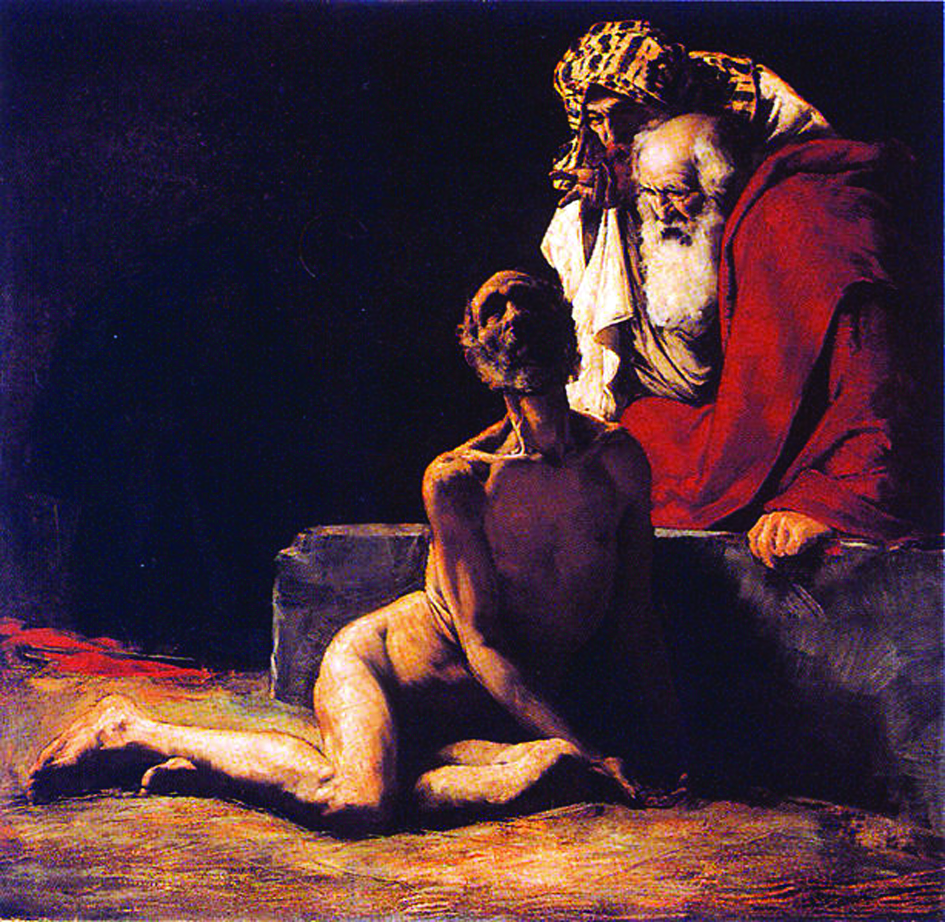 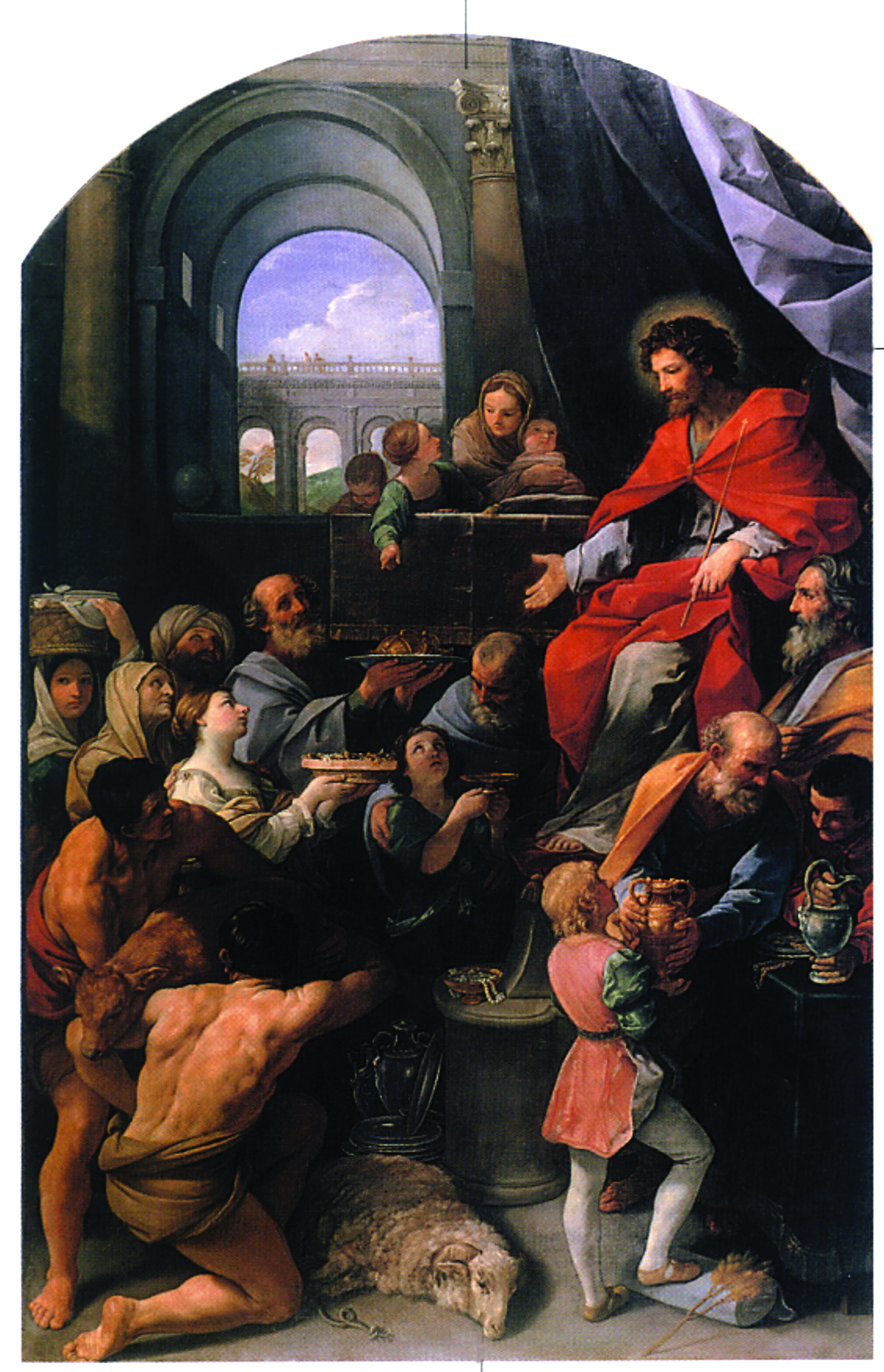 The Triumph of Job, by Guido Reni, Paris, Notre-Dame

But that interpretation does not do justice to the intense drama of the moment. Job wants more than a verdict of “not guilty.” The Hebrew ga’al is also used of God as a personal redeemer. This is true especially in Hebrew poetry. No fewer than twelve times does the word refer to God the Redeemer ransoming the soul from death. God “redeems your life from the pit,” says the Psalmist (103:4). “Thou hast redeemed my life,” says Jeremiah, weeping over the ruins of Jerusalem (Lam. 3:58). Here too in Job, redemption and life are inseparable: go’eli chai, says Job: My Redeemer lives. Who or what can ever be said to live, simply, in himself? Not some man or other in years to come. It is God, El chai, as the Psalmist says, the God who is life, the living God (Ps. 42:3).

Job does not ask that God will save his life. What, after all, is there left to save, as far as he can tell? The man has lost his children and his goods. His wife tells him to curse God and die. His body is covered with open ulcers, which he scrapes with the shard of a pot. He sits on a dunghill. His friends are cruel. Instead of life, then, he seeks Life: he seeks God.

We are on the verge of a great mystery. We should not finesse it away in abstractions. Nor should we reduce it to the mundane. The verb that the poet uses, echezeh, I shall see, means not just to see but to behold, as in a vision of the divine. It too is a word you will hardly ever find in the Bible outside of poetry. So did the vision come to the prophet Isaiah (Is. 1:1; chazon). So does David beg for one thing only, to “dwell in the house of the Lord all the days of my life, to behold the beauty of the Lord, and to inquire in his temple” (Ps. 27:4; chazoth). Can that mean merely to go up to Jerusalem and pray inside the great edifice that Solomon built? Can it mean merely to have some idea, some notion, some spiritual perception of the divine? Only a flight of poetic fancy?

No to all those questions. The Lord’s throne is in heaven, says David, whence his eyes “behold, his eyelids test, the children of men” (Ps. 11:4; yechezu). Fire and brimstone will be the cup for the wicked, but the Lord who loves righteous deeds will reward the upright, who “shall behold his face” (11:7; yechezu, the same verb in the same form).

Somehow – the faithful do not yet know how, because God has revealed it hitherto only in shadows – the righteous will be in that same temple, to behold the God who beholds them. This God has a face: He is a person, not a notion. Other peoples did not long to behold the faces of their gods. They saw them all the time, in graven images everywhere; you could hardly go to relieve yourself without coming across the face of some deity or other. But the Jews were protected from that familiarity and error and contempt. They were not permitted to make images of God, and that caused them to long to behold the face of God all the more devoutly.
Job looks past the time when his “skin has been thus destroyed” (19:26), as the poet echoes the scornful words of Satan, “Skin for skin!” (2:4). Satan had said that Job, who passed the first test in the loss of his children and his goods, would curse God for the affliction of his body.

This skin, Hebrew ‘or, is like the hide of an animal, or leather. Let it be destroyed, Job says. But immediately he says that in his own flesh he shall see God, he and no other. That word first appears in Scripture when God closes over the place of Adam’s rib with flesh, and Adam sees the first woman and cries out in gratitude, “This at least is bone of my bone and flesh of my flesh” (Gen. 2:21, 23). But it also appears in the great Messianic vision of Isaiah, when “the glory of the Lord shall be revealed, and all flesh shall see it together” (Is. 40:5).

We do not have here the full teaching of the resurrection of the flesh, raised from death to life by our great Vindicator, he who pleads on our behalf, who pays our ransom by giving skin for skin. But it is the light before the dawn.

And the words were a comfort for me. My father-in-law — my second father and my friend — passed away three hours later. Eternal rest grant unto him, O Lord, and let perpetual light shine upon him.