Immerse Yourself In The “One Thing That Is Necessary”

Immerse Yourself In The “One Thing That Is Necessary” 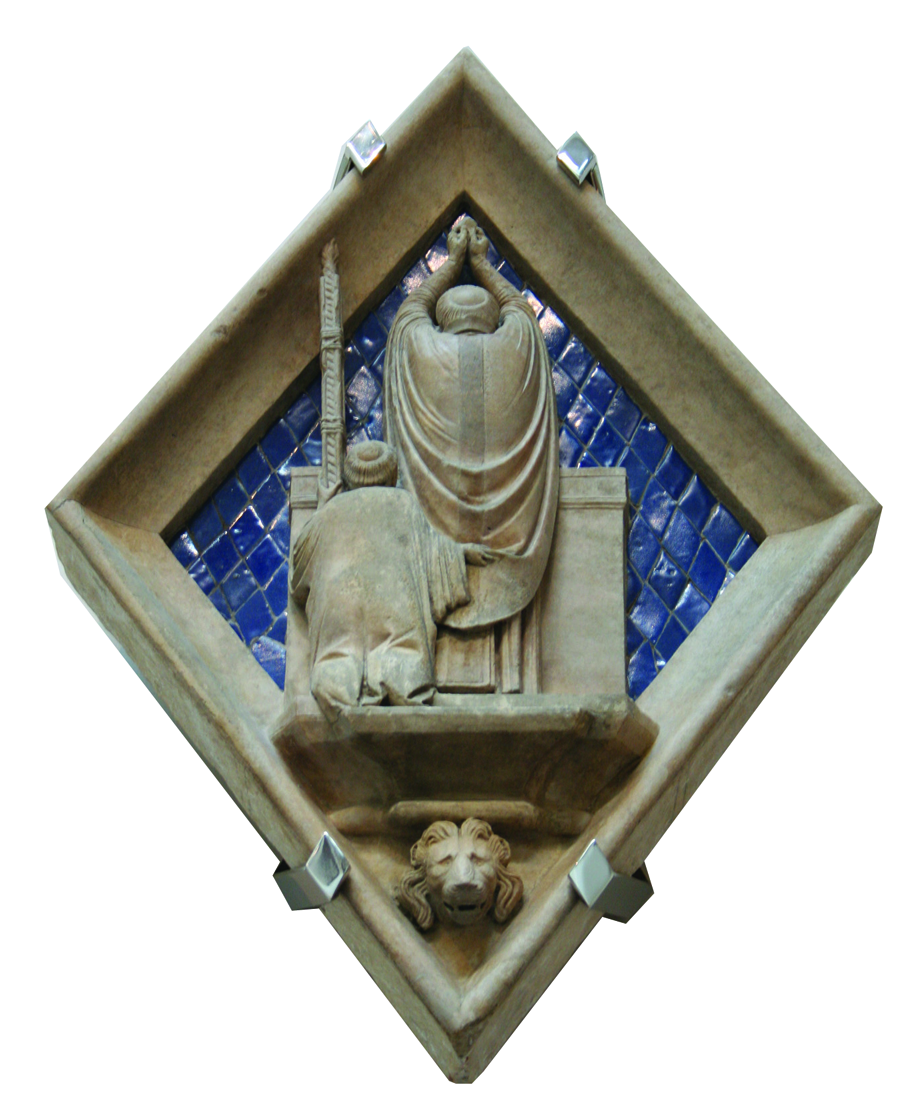 Fr. Pius Parsch, a leading figure in the Liturgical Movement of the mid-20th century, poignantly tied the liturgical actions of the priest at Mass to the monumental encounter of Moses with the Thrice-Holy God on Mount Sinai: “Let us observe the solemn silence of the Canon. This complete silence is the most effective expression of the adoration and reverence due to God Who comes to us in the Mystery of the Mass. The ordained priest of God, like Moses, will enter alone the clouds that cover the mountain of God, while we continue in those sentiments of thanksgiving and reverence that we have learned from the angels. The strains of their chants will reecho in our thoughts during the breathless silence of the Canon until with overflowing hearts we join once more in the final assenting Amen.” (The Liturgy of the Mass, p. 257)

Fr. Joseph A. Jungmann takes up this mystic theme: “The priest enters the sanctuary of the Canon alone. Up till now, the people have thronged about him, their songs at times accompanying him in the fore-Mass. But the songs have become less frequent, and after the steep ascent of the Great Prayer, they have come to an end in the triple Sanctus. A sacred stillness reigns; silence is a worthy preparation for God’s approach.

“Like the high priest of the Old Testament, who once a year was permitted to enter the Holy of Holies with the blood of a sacrificial animal (Hebr. 9:7), the priest now separates from the people and makes his way before the all-holy God in order to offer up the sacrifice to Him.” (The Mass of the Roman Rite, pp. 384-385)

Often it is written here that one must separate oneself from the world in order to cling to the unum est necessarium (“One thing only is necessary,” Lk 10:42).

The most fundamental unum est necessarium for the contemplative soul is immersion in the Holy Sacrifice of the Mass, as Moses was immersed in the Cloud of Unknowing on Sinai.

The interiority possible in assisting at a faithful celebration of the Sacrifice of the Mass frees the soul from the obligation to divert its attention away from the Divine Lover who offers Himself in sacrifice through the hands of the priest.

This can dispose one for contemplative prayer.

The Holy Sacrifice of the Mass cherishes and accentuates the tradition and doctrine of the Church with precision and carefulness.

The Mass is ordered to the worship of God.

Here is where a contemplative is most at home, because love of the Lord is theologically prior to being social.

The actio populi of the human community cannot hold the attention of one who adheres like glue to Christ.

Rather it is the actio Christi, which attracts the one called to interior prayer.

Sacrifice, mystery, adoration, worship, Real Presence, offering…The one theology of the Church at prayer is true, good, and beautiful; and its expression in the Mass must, to the fullest possible extent, draw contemplative souls to mystical union.

Think of the foreshadowing Levitical prescriptions, wherein every minute detail is accounted for, even down to the undergarments of the priest. Nothing teaches theology, and therefore prayer, like right worship. Both together, prayer and doctrine, comprise the entire contemplative life. Lex credendi (right doctrine) nourishes lex orandi (right worship).

Mass-goers can miss the call to feel safe in interior prayer during the Mass if the eternal elements of the Mass are reduced to lesser prominence. What are the eternal elements? Moses anticipated them: Victimhood (with Christ) – Immolation – Propitiatory Sacrifice – Divine Worship – Divine Presence.

Christ is not merely spiritually among us during the Mass: the bread and wine are substantially changed into His Body and Blood. The Double Consecration is what effects the Immolation of the Victim.

Traditionally the consecration was prayed slowly and inaudibly by the priest, invisibly penetrating the hearts of those assisting.

The priest himself, in persona Christi, is invited to enter a most somber and interior mode when offering the Sacrifice; it is of the utmost importance to the priest’s interior life.

Hence, he speaks in the first person, singular, when consecrating the species.

Holy Trinity, through the ineffable action of Christ in His Sacrifice.

The Council of Trent said: “Holy things must be treated in a holy way, and this sacrifice is the holiest of all things. And so, that this sacrifice might be worthily and reverently offered and received, the Catholic Church many centuries ago instituted the sacred Canon. It is free from all error and contains nothing that does not savor strongly of holiness and piety and nothing that does not raise to God the minds of those who offer the Sacrifice. For it is made up from the words of Our Lord, from apostolic traditions, and from devout instructions of the holy pontiffs.

“Having the nature that he does, man cannot easily meditate on divine things without external helps. For this reason, Holy Mother Church has prescribed certain rites for the Mass, some parts to be said in a low tone of voice, some to be said more loudly. She also has made use of ceremonies such as sacred blessings, candles, incense, vestments, and other things of like nature which have come down from apostolic teaching and tradition.

“All these things are used to point up the majesty of this great sacrifice and to raise the minds of the faithful through these visible signs of religion and piety to the contemplation of the very exalted things hidden in this sacrifice.” (Denzinger, 942-943)

The one who prays ceaselessly longs to cherish the hidden things of this Holy Sacrifice by surrounding it with mystery and awe.

Such a soul feels acutely the Savior’s own displeasure and sadness when He is not revered and worshipped with depth.

A contemplative (and all Christians are called to be such) wishes to offer to God the most pleasing worship possible.

One can ask — is God pleased with shallow prayer? Is He satisfied with it? Is He satisfied that the heart of a soul is not completely centered on Him when the most profound prayer possible — the Mass — is offered to Him?

Another aspect of the Sacrifice of the Mass which allows the freedom of being more interior in one’s participation is contact with the sacred language of the Church. The Latin language, resonant with theological cognates yet liberated from rigid syntax, can serve as an aid to connect the “transcendent” with the “interior” of the soul. Its sacred use forms one into someone not of this world. If it is ingested, ruminated, studied, prayed, it is an infinite wealth of contact with God.

Fr. Nicholas Gihr, in The Holy Sacrifice of the Mass (p. 324) says: “Since the Latin language has been withdrawn from daily life, from the ordinary intercourse of mankind,since it is not heard on the street or in the marketplace, it possesses in the eyes of the faithful a holy, venerable, mystic character. Under this aspect also it is eminently suited for the celebration of the Holy Sacrifice of the Mass, which in itself comprises many mysteries. The celebration of this mystic Sacrifice fittingly callsfor a language elevated, majestic, dignified, and consecrated; religious sentiment demands this, and the Latin tongue answers this requirement. Just as the silent saying of the Canon, so also the use of a sanctified cult language, different from that of profane intercourse, points to the unfathomable and unspeakable depth of the mystery of the altar, and protects it against contempt and desecration.”

Set apart, not secular. Consecrated, not profane. Silent, not dissipated. Invisible, yet nothing more real. The Hostia (Victim) appears under the species of bread and wine, but “within” is infinite eternity and the perpetual propitiation of Love.

Again, Fr. Nicholas Gihr (p. 583-584): “In every Host there are miracles, as numerous as the stars in the firmament — yet not the slightest trace of the wonders appears externally. With all this, the ecclesiastical rite harmonizes perfectly. The holy silence is quite suited to indicate and to recall the concealment and depth, the incomprehensibleness and ineffableness of the wonderful mysteries that are enacted on the altar.

“Silent prayer is related to religious silence, and therefore, expresses the humility, reverence, admiration, and awe wherewith the Church administers and adores the Mystery of the Altar. ‘The Lord isin His HolyTemple; let all the earth keep silence before Him’ (Heb. 2:20).

“The sight of the priest at the altar, communing amid profound stillness with God alone, is, therefore, also an excellent means afforded to arouse and promote, in those who are present, the proper dispositions, with which they should admire, adore, and offer along with the priest so grand and sublime a Sacrifice. Quam terribilis est haec hora – ‘How terrible is this hour!’While the tremendous Sacrifice is being accomplished on the altar, all present should be immersed in silent contemplation and in devout meditation of the divine Mysteries.”

Let the Mass make you a contemplative. All are welcome.