Is CDF Survey a Veiled Attack on Summorum Pontificum?

Is CDF Survey a Veiled Attack on Summorum Pontificum?

It may be impossible to say; but a Traditional Mass defender offers possible scenarios

By Peter A. Kwasniewski, Ph.D. 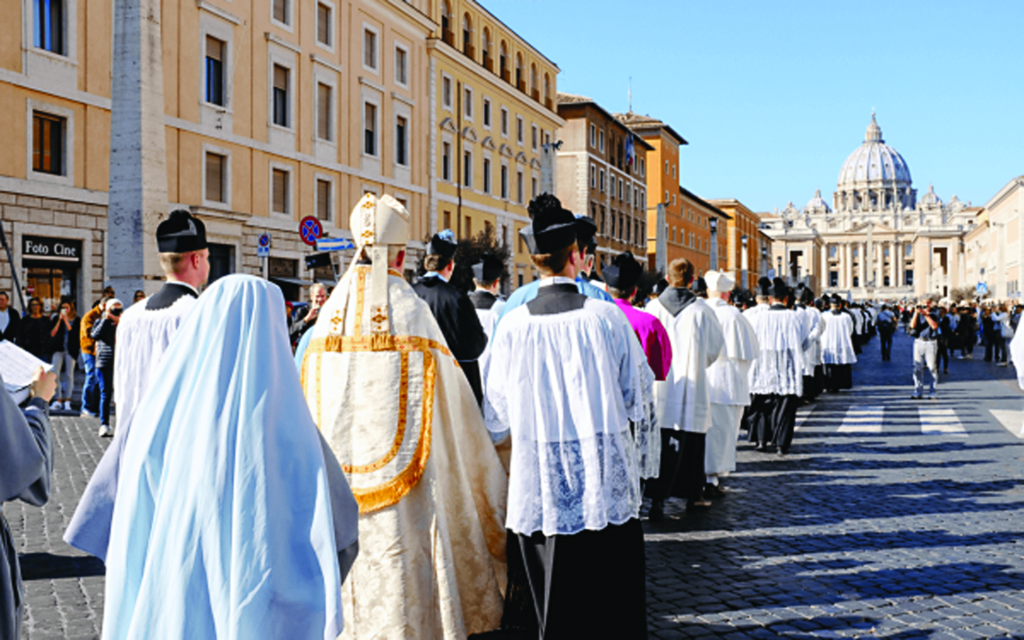 A Summorum Pontificum pilgrimage in 2019 draws near St. Peter’s

A letter dated March 7, 2020, sent from the Congregation for the Doctrine of the Faith to every bishop in the world requested their cooperation in completing a nine-question survey on the implementation of the Apostolic Letter Summorum Pontificum — Pope Benedict’s June 2007 Apostolic Letter authorizing freer use of the Traditional Latin Mass — in their dioceses. The letter and survey were leaked via the popular traditionalist blog Rorate Caeli on April 23, 2020.

It may seem surprising that the CDF is on the letterhead until we realize that all questions concerning the so-called “Extraordinary Form” of the Roman rite were entrusted to the quondam Pontifical Council Ecclesia Dei, which was folded into the CDF by Pope Francis on January 17, 2019. A rumor spread in the days after the Rorate post that the Fourth Section of the CDF, comprising former employees of the PCED was not consulted in the matter, but this rumor appears to have no solid basis.

The letter indicated that the survey was desired by the Holy Father “who wishes to be informed about the current application of the aforementioned document.” The responses are to be returned by the last day of July. The questions themselves range from purely informational (e.g., the first, “What is the situation in your diocese with respect to the extraordinary form of the Roman Rite?”) to more probing (the fourth: “Are the norms and conditions established by Summorum Pontificum respected?”) to nervous in sound (the fifth: “Does it occur to you that, in your diocese, the ordinary form has adopted elements of the extraordinary form?”) to downright “leading” in nature (“If the extraordinary form is practiced there, does it respond to a true pastoral need or is it promoted by a single priest?”— as if the motu proprio had not established the right of every priest to use the 1962 Missale Romanum according to his free choice).

It is easy to see this survey as a thinly-veiled attack on Summorum Pontificum, and that, indeed, is suggested by the nature and tone of many of the questions. It’s as if the questions were drafted by the Bishop of Boise and then revised by a committee from the USCCB, all exercising maximum self-control. Conservative and traditionalist bloggers have tended to see it as a way of initiating the dismantling of privileges won under Pope Benedict XVI, probably on the assumption that he will soon die and the way will be clear to undo his legacy. The Italian professor of theology Andrea Grillo of Sant Anselmo in Rome — an outspoken progressivist who not long ago issued a surly screed against the CDF decrees that modified the 1962 missal and its rubrics, and managed to get about 200 people to sign it — has made no effort to hide his jubilation at what he considers a promising first step in a long-overdue purge of the “state of liturgical exception” that he thinks has undermined the renewal sought by Vatican II. (When he can point to any signs that can be plausibly interpreted as renewal, I might take an interest in what he has to say.) 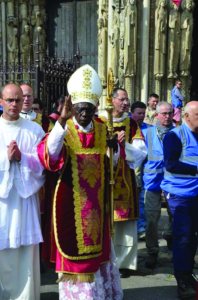 The Summorum Pontificum Pilgrimage in 2020 is scheduled for October 23 to 25. The Pontifical Mass will be celebrated by Cardinal Robert Sarah, Prefect of the Congregation for Divine Worship and the Discipline of the Sacraments

The majority of bishops who respond (60%, even 80%?) will probably give anemic and generic answers, like “we don’t have much of a pastoral need for it” and “it exists in one small place at 2 pm on alternating Sundays and no one has complained about it” and “the three seminarians currently studying for the diocese (possibly two; it depends on whether the third returns) are more interested in providing pastoral care for a diverse People of God than in spending time on a cultural hobby.” There will certainly be an appreciable minority of extremely negative responses; one could already make a speculative list of certain bishops who are sure to lay it on thick. The Pope, if he wanted, could side with that faction, as he has sided with minority progressivist factions at recent synods.

Nevertheless, one may reasonably predict a minority who will submit very favorable responses to the survey — bishops who have noticed how the Latin Mass parish in their dioceses is a thriving center of Catholic life and who may have experienced warm hospitality upon a pastoral visit. This minority’s reports could put the brakes on an extreme “crackdown,” especially if, as some rumors have it, the Pope was motivated to create the survey because of positive experiences he has had recently with traditional priests who struck him as amiable, well-balanced, and outward-looking. The largest number of positive responses will come from the USA, which, unfortunately, will not be an advantage in the sight of the present anti-American Vatican regime. It is not impossible that the survey is intended to throw a bone to skeptics of the traditional Mass by making it seem that the Vatican is keenly attending to the “problem,” when the intention all along is to quietly stick the results in a drawer and leave things alone.

In the end, should those of us who love the usus antiquior be nervous? No, not really. If Summorum Pontificum were negated, it would not change one bit the logic of Benedict XVI’s argument, which is based on natural and divine law, not on ecclesiastical law: “What earlier generations held as sacred, remains sacred and great for us too, and it cannot be all of a sudden entirely forbidden or even considered harmful.” Nota bene: not “should not be forbidden,” but “cannot be forbidden.”

Hence, although I would expect some clergy to fall into line with an attempted suppression of the old rite, I would expect many others to continue celebrating it — perhaps, in some cases, going underground — as they would recognize that the Holy See had overstepped the bounds of its authority. In the period immediately after the Council, the Holy See took advantage of the general ecclesiastical confusion and an exaggerated Jesuitical conception of obedience to impose demands ultra vires — beyond the limits of office. These days, especially thanks to the blindness-curing papacy of Francis, it will not be so easy to snap fingers in Rome and expect the world to dance the tango.

A sort of absentee-father phenomenon which has afflicted the hierarchy for a long while, and now, in some ways, the papacy, has left most lower clergy and laity with the attitude: “I’m on my own and I’ve got to do what I can to live the Faith — not much help is coming from elsewhere.” The resulting free pursuit of tradition, contrary to the designs of its would-be undertakers, perfectly illustrates the fate of the wicked according to the Psalms: “They dug a pit in my way, but they have fallen into it themselves” (Ps 57:6 [56:7]). “We know that to them that love God, all things work together unto good, to such as, according to his purpose, are called to be saints” (Rom 8:28).

Short of further leaks, we cannot know exactly why this survey was issued, and why at this particular time; but in my view, it is not a moment for inconsolable pessimism or naïve optimism. As usual with Vatican politics, there are almost certainly several factions hoping to make the most of this opportunity, for good or for ill. It is best for us to pray that God’s holy will be done, that His enemies be thwarted, and that the generous and salutary provisions given to us by Pope Benedict XVI will not only remain in force but someday see further expansion.