Is Mission Without Baptism Still Mission, Or Omission?

Is Mission Without Baptism Still Mission, Or Omission?

While some Amazon missionaries eschew baptism and struggle with a priest shortage, another equally remote mission territory boasts a burgeoning Catholicism 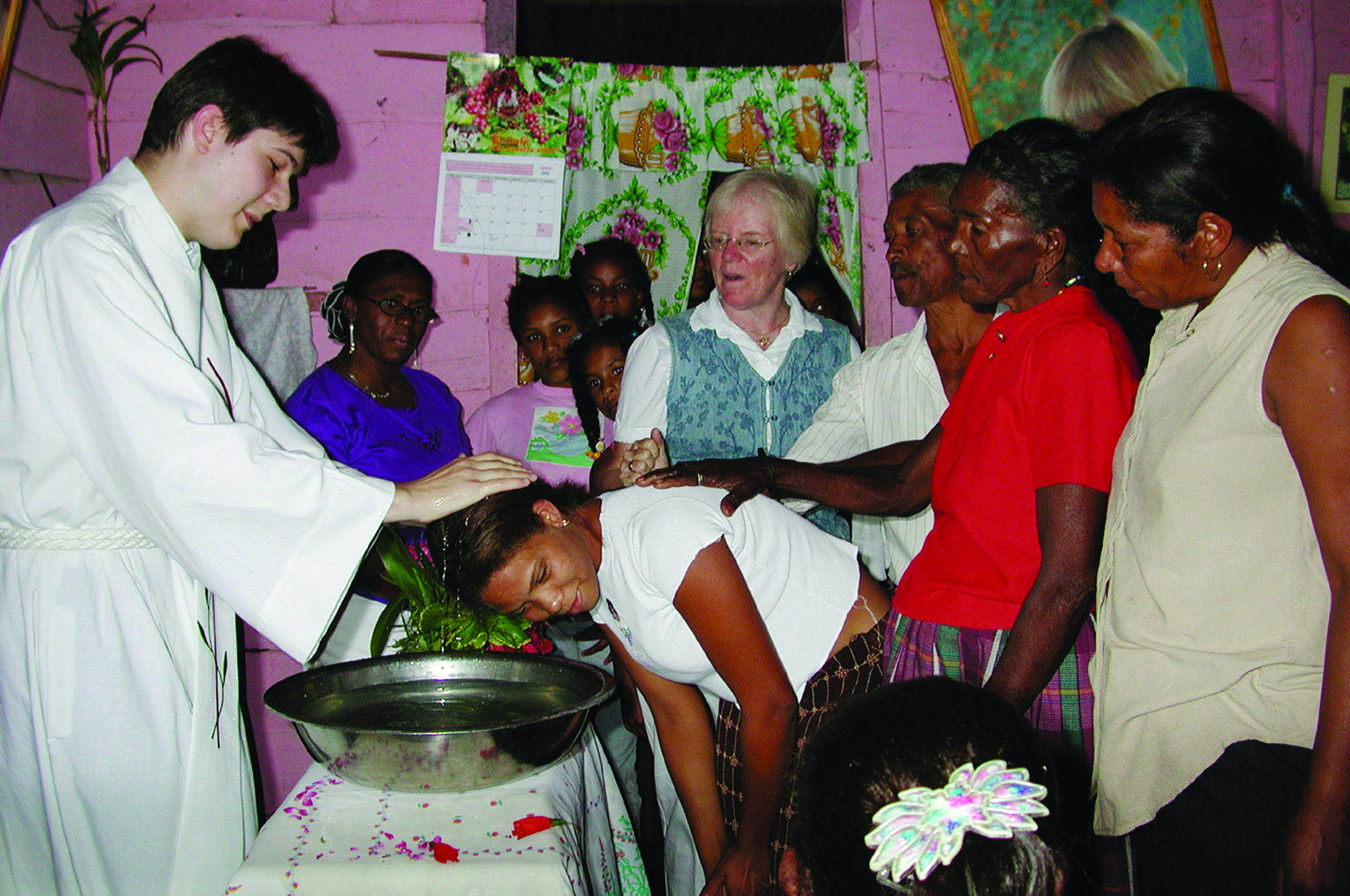 Baptism in a mission land: Deacon Walter Kedjierski of the Diocese of Rockville Centre, New York, baptizes a teenager while Sister of St. Joseph Jane Reilly, center, looks on at a Catholic mission community in the Dominican Republic. Below, Don Fausto Rajan from Kannur, in the Malabar district in the southeastern region of Kerala in India. Below left, the Venerable Abbot Ildebrando Gregori (1894-1985)

While the debate over the Amazon Synod still rages on, as shown in the late December document by Archbishop Carlo Maria Viganò against the use of the Pachamama statues in religious ceremonies at the Vatican, another no less disquieting aspect which emerged during its proceedings has gone almost unnoticed.

We are referring to the tendency to avoid baptizing the natives since it is seen as an element alien to their culture. Since one’s vocation is based on baptism, no surprise if the result is almost no vocations, a serious shortage of clergy, and therefore the need to resort to alternative solutions, e.g., the ordination of the so-called viri probati or married men.

At this point, the author of this article cannot but think of what he came to know after his recent retreat at the monastery of a female religious congregation, the Benedictine Sisters of Reparation of the Holy Face of Our Lord Jesus Christ, which was founded by the Venerable Abbot Ildebrando Gregori (1894-1985) in 1950 with the aim of promoting devotion to the Holy Face of Jesus as reparation for what His Holy Face had to endure in His Passion. 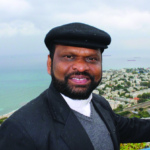 The retreat was preached by a very young Indian priest, Don Fausto Rajan, whose zeal, piety, and deep spirit of faith, so solidly based on an incredibly profound knowledge of the Scriptures, impressed all the participants, for whom this retreat really proved a spiritually enriching and rewarding experience. But, in a way, all the more impressive was the priest’s background, as it emerged in a conversation with this author after the retreat.

He was from Kannur, in the Malabar district in the south-eastern region of Kerala, in India, whose local Catholic community was able to flourish in conditions of seclusion and remoteness comparable to those in the Amazon region.

In particular, he proclaimed himself a spiritual son of the Jesuit Father Lino Maria Zucol (1916-2014), the last Italian missionary active in Kerala, who died on January 6, 2014, and whose beatification process is currently underway. Father Zucol was his parish priest in Kannur and the one who baptized him.

Subsequently, after his ordination, Don Fausto served for two years as Fr. Zucol’s parish assistant in the same church, before going to Rome for his license in moral theology and a doctorate in bioethics.

A native of Sarnonico in the province of Trent in northern Italy, Father Zucol reached Mumbai in 1948 and moved on to Kozhikode for missionary work in the Malabar region in Kerala, in the footsteps of illustrious predecessors such as St. Thomas, one of the 12 disciples of Jesus, who arrived at the ancient seaport Muziris on the Kerala coast in AD 52, and St. Francis Xavier, who in the middle of the 1500s established the first Jesuit missions in the region.

Fr. Zucol joined the Chirackal Mission in 1954 and made Kannur his center of operations for over a half-century, assisting spiritually and materially the poorest of the poor in the low-caste groups. In particular, for 39 years he was parish priest at Our Lady of Perpetual Help at Mariyapuram near Pariyaram in Kannur diocese. 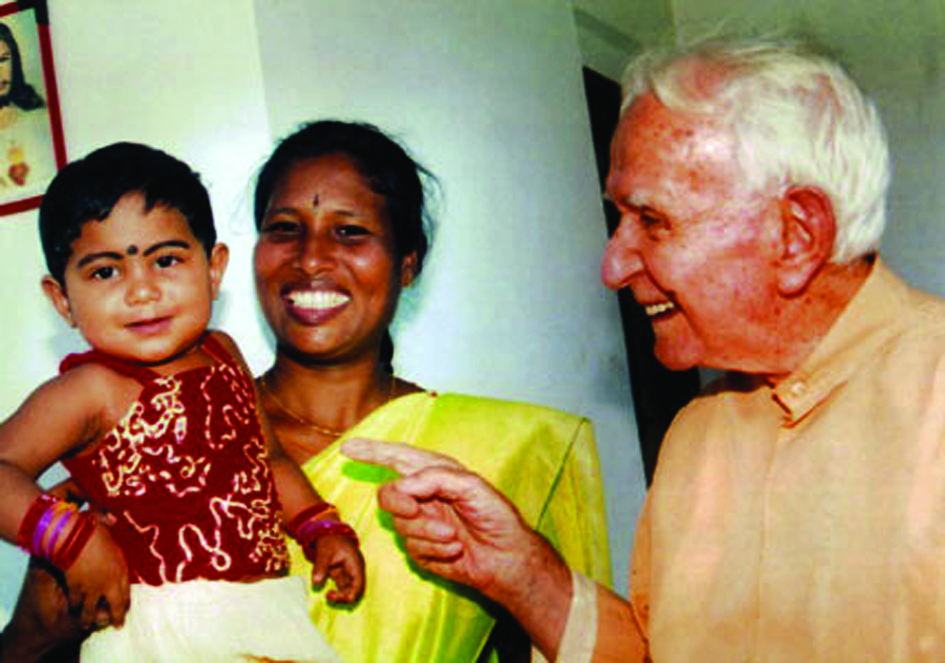 According to an obituary in the UAE portal Gulf News (January 7, 2014), he is estimated to have built some 10,000 houses for the poor and homeless, including victims of the monsoons. He was also known for helping financially marginalized people find livelihoods by providing them with sewing machines, cattle, autorickshaws, and the like, including the construction of roads, water wells, and rubber, mango and coffee plantations. He is also credited with constructing a number of schools and more than 30 churches, most of them in Kannur district.

But all the more impressive was his spiritual legacy. According to Don Fausto, “he was a living saint.” In fact, “he lived like a saint, like a hermit, and baptized many people to become Christian,” he said. “He lived like the poor, eating very little and visiting and helping as many people as he could.” And, on any occasion, he was ready to dance…

In a January 8, 2014 obituary on theRadioVatican website, Jesuit Fr. Joseph Kottukappilly, who has worked in Mariyapuram, was quoted as saying that the Church is “greatly indebted” to Fr. Zucol for its growth in the Malabar region. His elderly confrere, he went on, “had brought thousands of people to Catholicism, but there was no objection even from rightwing Hindu groups, who accuse missionaries of using social service as a façade for converting gullible low-caste Hindus.” A retired headmaster and local Muslim leader, Kookkanam Rehman, who is also a social worker, said he was impressed by the Italian missioner who lived in a small and very old home with a leaking roof and without any modern comforts, thus preaching “through his deeds instead of words.”

Furthermore, Fr. Zucol was the spiritual father and director of two Ursuline nuns, Indian Sister Maria Celine Kanannaikal of the Ursulines of Mary Immaculate, and the German-born Mother Petra Mönnigmann, foundress of the Congregation of Dinasevanasabha (Servants of the Poor) in 1969: they were both proclaimed Servants of God, the first formal step on the road to future canonization.

If Sr. Maria Celine’s premature death in 1957, at age 26, came as a shock, just 35 days after she made her first profession as an Ursuline of Mary Immaculate at Kannur in Kerala, all the more shocking were the graces and miracles which the local faithful started to obtain through her intercession.

But Fr. Zucol is all the more closely associated with the other nun, Mother Petra, virtually being a co-founder of the new religious congregation of Dinasevanasabha established by her on June 1, 1969, at a remote village, Pattuvam, in the civil District of Kannur, thanks to 13 acres of land provided by him there. The priest also set up several other convents of the newly-established congregation in the diocese, to accommodate an increasing number of nuns. Another obituary on Fr. Zucol, this time in the now-defunct international monthly of the Italian Jesuits, Popoli (January 10, 2014), gives us an idea of the rapid growth of this new religious order: at the time of his death it already numbered 600 nuns!

As emphasized in the moving obituary by the Dinasevanasabha congregation (http://www.dinasevanasabha.com/pages/obituary.php), after Fr. Zucol passed away, he was described as “a loving father and the spiritual guide” of the Congregation and considered as the “God for the Poor” and a “living Gospel.”

“Servant of God Mother Petra and Rev. Fr. L.M. Zucol are the two pillars of Dinasevanasabha,” the text goes on. “Fr. Zucol loved us as his own children. He guided us in our spiritual and apostolic journey through his timely directions and spiritual animation. When Mother Petra had gone to her eternal reward, leaving behind the 7-year-old Congregation, Fr. Zucolstayed with us as a loving father who consoled us, guided us and encouraged us to face the crisis…He was a great gift to us and to all people. He attracted everyone with his childlike innocence and cheerful smile. He never sent anyone away with empty hands.”

Regarding his missionary approach, “he always correlated the Proclamation of the Kingdom of God and social work. He fulfilled the spiritual, material, psychological and economic needs of the poor. He did not keep anything for himself. He gave himself fully to the poor and lived in poverty like Jesus… Fr. Zucol, though he has gone away from us, lives in our hearts. We know that he cannot depart from us, for his spirit will be always with us to guide us, to intercede for us in heaven with our beloved Mother Petra and all the saints and angels.”

Strangely enough, none of these obituaries noted an interesting “coincidence”: the date of his passing was the feast of the Magi or Three Kings, who came all the way from the East to worship the newborn Jesus in Bethlehem and are venerated as saints by the Church. In fact, one of them, Caspar, is traditionally represented as a king of India.