He lived in filial devotion to Joseph and Mary 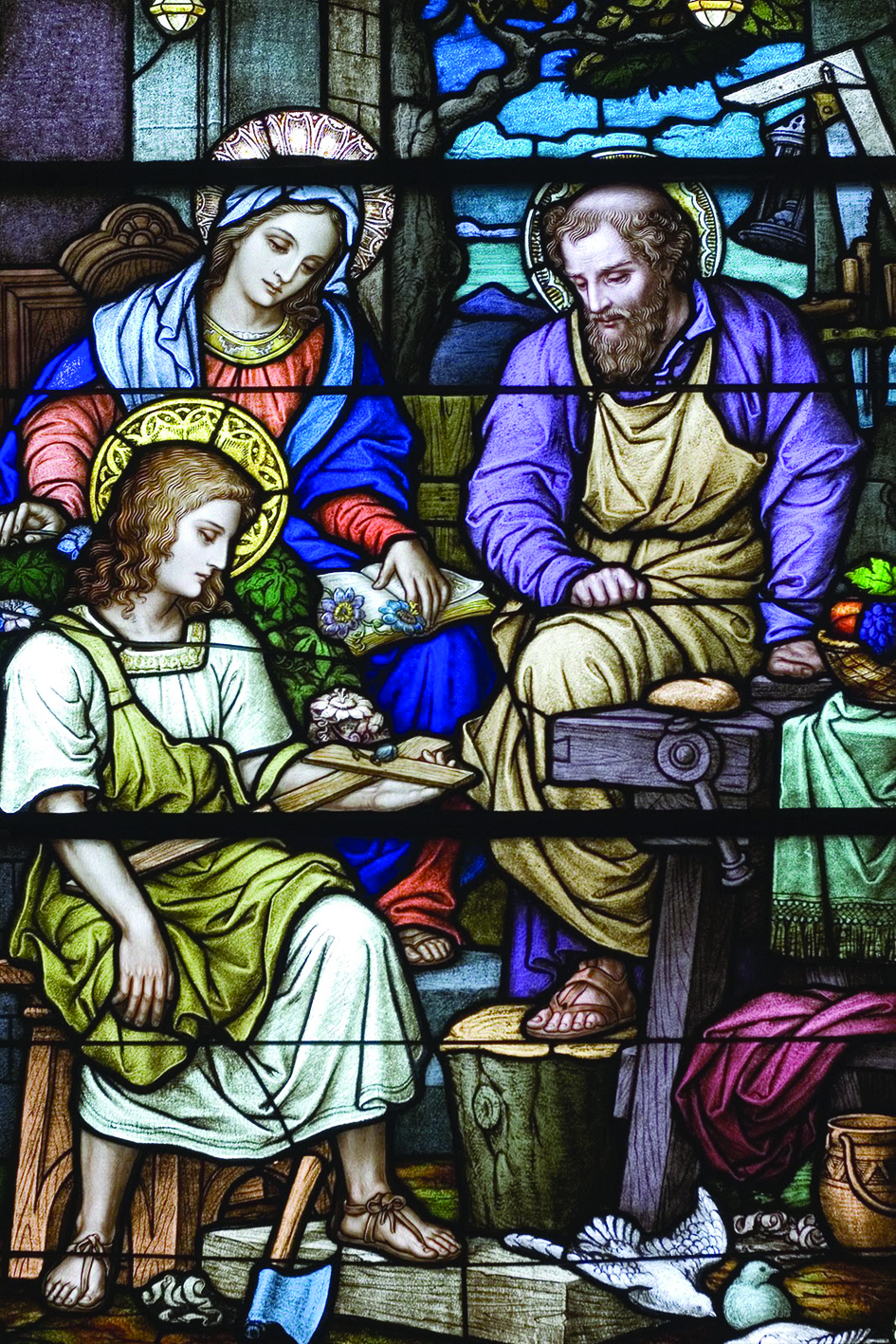 “The Word became flesh” to redeem us humans by sanctifying human life: 33 years after the Incarnation began, Jesus offered the one, holy, acceptable, living, eternal Thanksgiving Sacrifice on Calvary for our Salvation. He offered the Holy Sacrifice – in one Holy Week plus 40 days more; and, 10 days later, He sent the Holy Spirit.

For three years, “beginning with the baptism of John,” St. Peter says, “Jesus went around doing good and healing all” (Acts 10:38). “The Word became flesh” – with Mary’s “Fiat” in “the fullness of time” – 33 years before the Holy Sacrifice on Calvary, when the Divine Word became the human Son of Mary and Joseph. Today, the Holy Spirit is shouting “Go to Joseph!” The Holy Spirit is pointing to the “other” 30 years on earth when Jesus sanctified the human family!

The God of Israel promised to establish a New Covenant written on our hearts (Jeremiah 31:31-34; and interpreted in the Epistle to the Hebrews 8:6-13 and 10:3-18). In the fullness of time, God fulfilled that promise and wrote the New Covenant on the hearts of Mary and Joseph before the Incarnation. In the Holy Marriage of Jesus’ human parents, God established the first Sacrament of the New Covenant – the Sacrament of Marriage-and-Family (St. John Paul II; see Redemptoris Custos, #7). Matthew and Luke report essential details in the first 12 years: the pregnancy, birth, infancy, and early childhood. Today the Holy Spirit is also telling us that Jesus lived another 18 “hidden” years in His Holy Family in Nazareth, working and sanctifying family life.

Jesus was fully human in everything but sin: He sanctified all seasons of human life, beginning with Marriage-and-Family. Maria Montessori, an expert in the stages of human development, proposed a fascinating perspective in her book, The Child in the Church. “There are some of those who think that the child’s only value for humanity lies in the fact that he will someday be an adult,” she wrote. “In this way they detract from the true value of childhood by shifting it only into the future. This cannot be justified. The child is a human entity having importance in himself, not just a transition on the way to adulthood. We ought to look upon the child and the adult,” she continued, “as two different forms [seasons] of human life, going on at the same time, and exerting upon one another a reciprocal influence.” (Maria Montessori, The Child in the Church)

The Incarnation fully reveals God’s Plan for human life; Jesus completes, perfects, and fulfills all the Old Testament types. In the Old Testament type, Sarah and Abraham, wife and husband together, become the mother and father of a multitude of nations – the mother and father of God’s Chosen People. In the New Testament fulfillment, God calls and sanctifies Mary and Joseph, wife and husband together, to become the human mother and father of all God’s People. Every Pope has proclaimed for 150 years, “Go to Joseph”; and this Year of Joseph marks this call from the Holy Spirit. Today, we see Mary and Joseph as the “new Sarah and Abraham”: the human spiritual Mother and Father of every member of the Mystical Body.

The Incarnation reveals, in the flesh, the beautiful “reciprocal influence” of all the members of a human family: God includes Mary and Joseph in the Incarnation. St. Luke documents this “reciprocal influence” when, in “the fullness of time,” Mary and Joseph with Jesus learn from each other and grow “in wisdom and stature and grace with God and men” (Luke 2:52 and 40). The sanctification – the recapitulation – of all human life takes place in Nazareth as the Creator teaches and learns from His holy parents; the holy parents teach and learn from the Child.

Jesus and Joseph-with-Mary lived, worked, prayed, laughed, cried, and worshipped together for decades. Two thousand years later, we can still hear Joseph and Mary praying the Psalms of David as we pray them – and the whole divine liturgy – with the Holy Family now!