Cautions about the Narrative of the Causes of Economic Injustice. 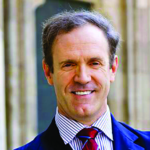 From the beginning of his pontificate, Jorge Bergoglio has put questions of economic justice front and center of his speeches, interviews, and magisterial teaching. Since Leo XIII’s 1891 encyclical Rerum Novarum, economic questions have assumed a prominent place in the concerns of successive pontiffs, especially through the medium of modern Catholic social teaching. But by virtue of his Latin American origins and Argentine background, Pope Francis was always going to bring new emphases and urgency to these discussions. This is one reason why the Pope has convened an international meeting for young scholars and activists which will take place in Assisi on March 26-29.

Entitled “The Economy of Francesco,” the name and location reflect not only the pope’s deep interest in issues of justice in the economy but are also meant to invoke the life of El Poverello himself: St. Francis of Assisi.

The program agenda covers many subjects that will take the discussion beyond technical economics.It also follows a methodology plainly designed to help participants spend as much time listening as speaking. The roadmap of the gathering, as it’s called, begins with a call to “Empathy with global situations and multi-dimensional view” and to “Immerse yourself in the spirit of Francis of Assisi.”

Empathy is fine as it goes. But if it is not informed by reason — which, combined with free will, is what makes us different from all other created beings — it often leads to a fair amount of sentimental humanitarianism. And if there is anything that Jesus of Nazareth was not, it was a sentimentalist.

Nor was there any trace of sentimentalism (let alone nature-worship) in the life of St. Francis of Assisi. As Augustine Thompson, O.P., shows in his well-researched Francis of Assisi: A New Biography (2012), El Poverello was a “fiercely orthodox” Catholic. While St. Francis certainly loved the poor and sought to promote peace, Thompson underscores the saint’s “absolute lack of any program of legal or social reforms.” He also stresses that St. Francis believed that it was absolute rather than relative poverty which “always had a claim on compassion.”

That last point illustrates that, to the extent that St. Francis may have thought about poverty’s economic dimension, he was far more realistic and attentive to facts than many people suppose. And if there is any perspective that I’d hope is brought to bear during the deliberations of “The Economy of Francesco,” it is a realism — even a brutally direct realism — about the causes of poverty and economic underdevelopment.

In that regard, it would be especially helpful for participants in the Assisi gathering to have a frank conversation about why some countries seem stuck in an apparently interminable cycle of economic crises. Much discussion in the Catholic world, especially in Western Europe and Latin America, tends to approach these topics through the lens of a narrative in which developing nations’ economic problems are regarded as essentially the fault of Western developed countries. But what if that narrative is flawed?

The case of Pope Francis’ homeland and the 70 years of crisis and decline that marks Argentina’s economy is a good illustration of the deep problems with this explanation. There is a saying occasionally credited to Peru’s Nobel Prizewinning author Mario Vargas Llosa:

And there are poor countries that are growing rich.

And then there is Argentina. 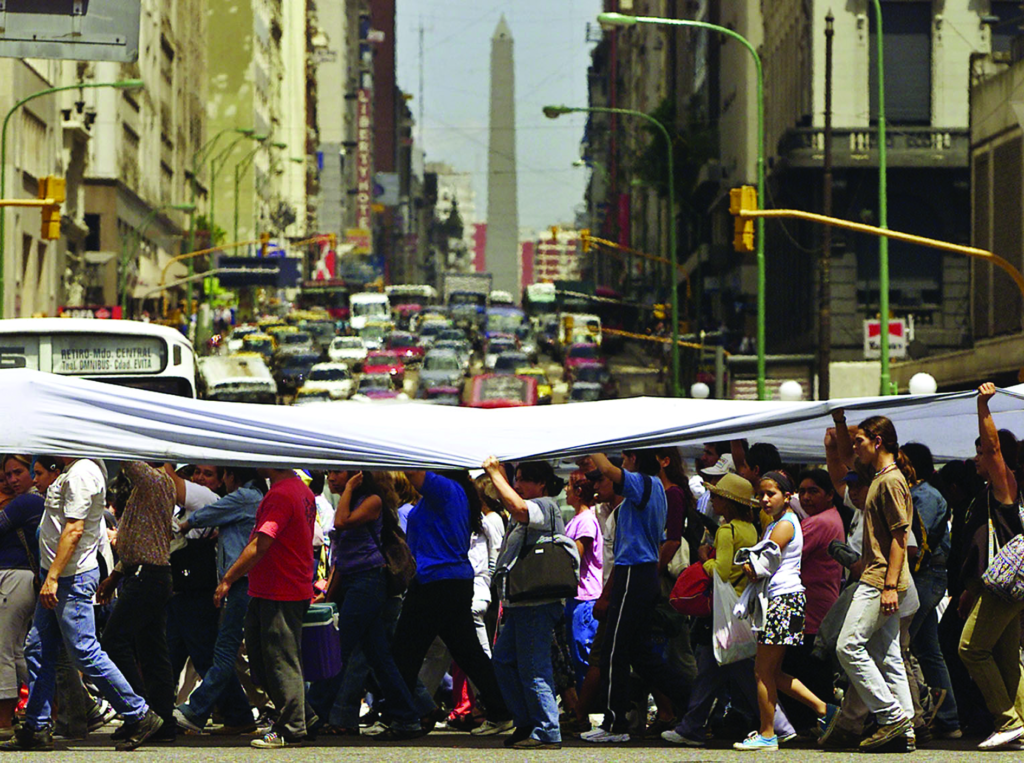 Unemployed workers from the slums of Buenos Aires march under the national flag in the Plaza de Mayo January 15. Argentine bishops called for an end to political corruption, the creation of new jobs and fine tuning of the justice system to help alleviate Argentina’s economic crisis

Argentina is the 20th-century’s textbook case of how a once wealthy, politically stable nation became a country marked by endless political upheaval and growing economic decadence. In 1900, Argentina was among the world’s 10 wealthiest nations in terms of income per capita. Immense natural resources and large inflows of foreign capital helped Argentina develop economically faster and more comprehensively than most other South American countries. Thousands of European immigrants, including Jorge Bergoglio’s father, subsequently moved to Argentina. Politically, Argentina was relatively stable until the late 1930s.

Why then is Argentina’s economy in such a different place in 2020?The reasons are many. One is the economic populism which was developed into an art-form by Argentine strongman Juan Domingo Perón in the 1940s and 1950s and which has been pursued by many Argentine governments ever since.

That translated into a heavy long-term reliance on debt to finance government spending, the expansion of state bureaucracies to provide employment in the form of what are best described as fake-jobs, giving Argentina’s trade unions pretty much whatever they wanted, and extensive government intervention into every segment of the economy in the form of tariffs, wage and price controls, the selective nationalization of particular industries deemed strategic, as well as subsidies to politically-connected businesses.

All these policies have been overlaid by fiery populist rhetoric, much of which functions to blame others — the IMF, the United States, foreign banks, globalización, etc. — when the consequences of following such policies have their very predictable negative effects. These consequences include monetary instability and out-of-control inflation, the crippling of the country’s wealth-creating capacities, the withdrawal of foreign investment and capital, and, perhaps above all,the takeover of much of the economy by business cronies of Argentine’s corrupt political class.

These are some of the basic facts which explain why Argentina’s economy is the perpetual sick-man of Latin America. And what is notable about all these problems is that they are self-inflicted.Argentine political leaders—and,it should be said,millions of Argentine citizens who have voted for them — have consistently made bad decisions over many decades which have undermined some of the basic institutional prerequisites for creating wealth and reducing poverty:i.e., constitutionally-limited government, rule of law, clear property rights, enforced contracts, and stable money.

Saying such things “out loud” is never easy, not least because so many poverty activists and NGOs have invested a great deal of time, resources and energy in arguing that poverty in developing nations is primarily the fault of developed Western countries.That’s not to deny that many Western governments’ interventions in developing nations during the immediate postcolonial period and the Cold War often had detrimental effects.

Will these issues be raised at the “Economy of Francesco” gathering in Assisi?

I don’t know. Younger people are, however, often more willing to speak their minds than their elders.

Yes, discussing these matters would be risky and, I suspect, lead to heated argument with those wedded to accounts of poverty in developing nations which are increasingly discredited. But, like all other aspects of life, the only sure foundation for economic activity is the truth. Saying the truth and then acting upon it, however difficult that may be, is the path to justice and liberty in the economy today.

*Dr. Samuel Gregg is Research Director at the Acton Institute.