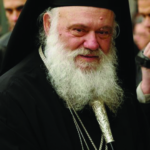 Greek Archbishop Ieronymos (photo) informed the Holy Synod of the Greek Orthodox Church on January 10 that he has refused an invitation from Patriarch Theophilos III of Jerusalem to attend a meeting of Orthodox leaders.

According to a statement issued by the Holy Synod, Ieronymos refused the invitation because the calling of such meetings of Orthodox leaders is the privilege of only the ecumenical patriarch based in Istanbul.

The initiative was rejected last week by Ecumenical Patriarch Vartholomaios (Bartholomew) as “non-canonical.”

In his call for the meeting, Theophilos said it was to preserve the unity of the Orthodox Church. However, Vartholomaios said the invitation should only be sent to the patriarch of Moscow.

Vartholomaios’ decision last year to grant independence from Moscow to the Ukrainian Church has been vehemently challenged by the Russian patriarch, causing a rift within the Orthodox Church. 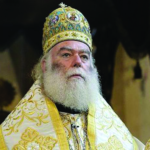 Vladimir Legoida said that the actions taken by the Patriarch of Alexandria were not canonical because he recognized the Church of Ukraine even though the Hierarchs of the Patriarchate of Alexandria had never voted for such a decision.

He also argued, “The decision of the Patriarch of Alexandria to recognize the Church of Ukraine runs counter to his previous statements according to which he would recognize the canonical Ukrainian Orthodox Church under Metropolitan Onufriy of Kyiv and All Ukraine. In addition, such a statement was made by the Patriarch of Alexandria when he visited the Ukrainian Orthodox Church from September 27 to October 1, 2018, three weeks after the intrusion of the Patriarchate of Constantinople in Ukraine through the appointment of an Exarch in Kyiv.”

Patriarch John X, calling to form a rescue government to pull the country and people out of the crisis 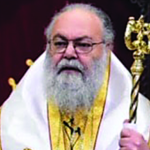 His Beatitude John X, Patriarch of Antioch and All the East of the Greek Orthodox Church, called for a hurry in forming a Lebanese government. His Beatitude’s words came as part of the Sunday homily during the Divine Liturgy that was held in the Monastery of Our Lady of Balamand.

Touching on public issues, he said: “On this blessed day, we call upon the Lebanese officials to work in favor of this tormented people, overwhelmed by the dire crisis, a phenomenon unprecedented in Lebanon since the First World War. We prompt them to form a rescue government that will pull the country and people out of the deep crisis that is turning into a tragedy. It is unacceptable to continue denying responsibilities as the country collapses, people starve, the foundations of a decent life fall apart and hope for a reform diminishes.” He pointed to the increasing unemployment rate, the deficit of private companies and institutions, and all other difficulties that people face, including their inability to pay dues.

Touching upon ecclesiastical matters, he added: “Facing the clamor that occurs and prevails in the aftermath of every Church event, we remind you that the Orthodox Church is going through a delicate stage in the world today. Intensified prayer and work are required to preserve the unity commanded by the Lord.

“This requires that all those dealing with Church affairs stay away from quarrels. As for the faithful Christians, they cannot be drawn to the fictitious accounts that aim to weaken confidence in the Church and to spread dissension among the faithful for well-known purposes.

“Here, it must be emphasized that the Antiochian Church has not compromised and will never compromise over the truth. She will remain a prophetic voice that bears the issues of our countries, of our people, and this Levant. We have never neglected them and will never do so. As for ecclesiastical matters, we always deal with them within the Church, with a frame of mind of the Church, based on the teachings of the Holy Gospel, the Holy Tradition, and Church Canons. These are the sole starting point and reference for the faithful.”

Orthodox Patriarch of Jerusalem Theophilos III has offered to convene a pan-Orthodox meeting in Jordan, possibly in February, to discuss the current situation in the Orthodox world, the deputy head of the Department for External Church Relations of the Moscow Patriarchate told Sputnik News.

Theophilos III recently proposed gathering the heads of Orthodox churches in the wake of Patriarch Bartholomew of Constantinople’s decision to recognize the non-canonical Ukrainian Orthodox Church (UOC). The Moscow Patriarchate supported the idea, saying that “there is no alternative to the start of a direct dialogue.” Earlier, information about a pan-Orthodox meeting on Ukraine planned for February surfaced on social media.

“Indeed, this date, more precisely, this month, has been mentioned in the proposals of the Patriarch of Jerusalem. He does offer to consider the possibility of holding such a meeting in February,” Archpriest Nikolay Balashov said.

When asked whether he could confirm that this pan-Orthodox event would actually take place, the archpriest replied: “We will see what the reaction will be.”

In early January, Patriarch Bartholomew of Constantinople handed over the tomos of autocephaly, a document that grants Orthodox churches autonomy, to the newly-established UOC. The Russian Orthodox Church, along with the canonical Ukrainian Orthodox Church of the Moscow Patriarchate, refused to recognize the establishment of the new Church structure in Ukraine and Constantinople’s decision to grant it autocephaly. (Urdupoint) 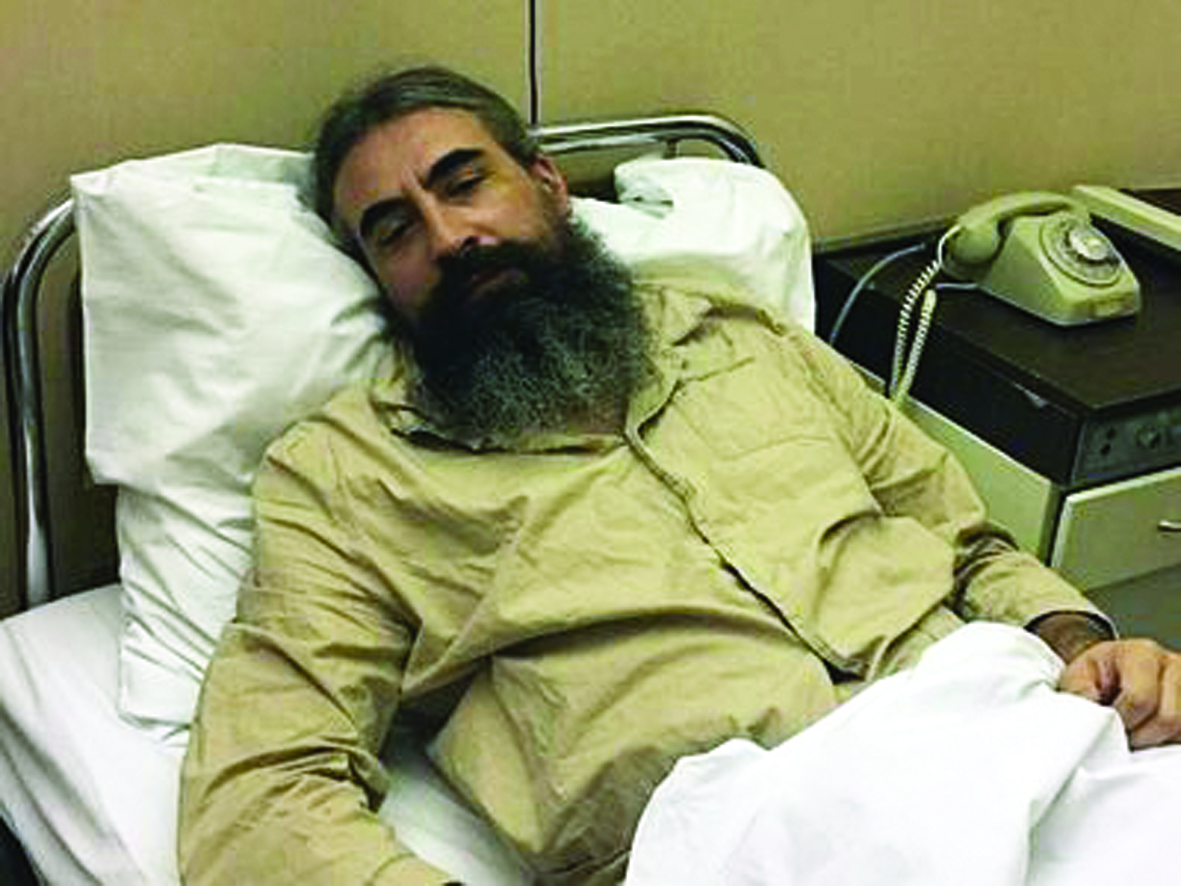 His Grace Bishop Metodije of Diokleia, Serbia, who was hospitalized after being beaten by police at a peaceful protest

Tensions continue to run high in Montenegro after the Parliament and President pushed through a law that the Serbian Orthodox Church views as a blatant attack, aimed at seizing Church property from the canonical Church in favor of the Montenegrin Orthodox Church.

The Episcopal Council of Montenegro, consisting of every hierarch of the Serbian Church serving in Montenegro, gathered on December 29, with the exception of His Grace Bishop Metodije of Diokleia, who was hospitalized after being beaten by police at a peaceful protest, for joint prayer and a meeting where it adopted a special statement in connection with recent events.

In particular, the Orthodox hierarchs stated that those politicians who oppose the Church and voted in favor of the scandalous law “excluded themselves from the Orthodox Church, and are therefore ex- communicated from the Holy Mysteries.”

The bishops also stress that the passage of the law led to the jubilation of the neo-Montenegrin nationalists, most of whom are atheists, who hate the Orthodox Church.

In turn, Prime Minister Duško Marković issued a “final warning” to the clergy of the Montenegrin Metropolis of the Serbian Church in connection with the large-scale protests throughout the country. “I advise the Metropolis of Montenegrin-Littoral not to incite discontent and unrest, and this is the last warning in this sense,” he said.

Despite the threats and persecution against them, the clergy and monastics of the Serbian Church serving in Montenegro gathered in Ulcinj several days ago to confirm their loyalty to the canonical Church and declare their readiness for a dialogue that respects the position of the Church.

Metropolitan Amfilohije of Montenegro reminded the clergy that the Church does not encourage demonstrations, especially violent ones, but “this does not mean that the faithful are not free to show resistance to lawlessness.” The clergy also critiqued the Prime Minister’s claims that Metropolitan Amfilohije is to blame for the violence in the country and his “warning” to the Church.

On New Year’s Eve, more than 10,000 faithful gathered on Freedom Square in Nikši for a moleben (a liturgy of supplication for the living) in defense of the Serbian Orthodox Church.

“We came here to say: Don’t touch our holy sites!… They are not simple properties, they are sacred. Here dwells Christ, here dwells the Holy Spirit, Who holds us all and admonishes us. And if we want to be human, we must have a holy place. Let’s not spit on what is most sacred,” said Fr. Miodrag Todorovich.

His Eminence Metropolitan Hilarion, the First Hierarch of the Russian Orthodox Church Outside of Russia, also issued a fraternal message of support to Metropolitan Amfilohije, assuring him of the Church’s prayers for the Church in Montenegro.

The Episcopal Council of the Serbian Church in North, Central, and South America has also issued a communiqué regarding recent events in Montenegro, noting that such laws “are considered violations of human and religious rights given they do not conform to the standards of modern democratic states, and contradict the recommendations of the Venice Commission.”

The hierarchs note that they have addressed the U.S. Administration and the government of Canada, highlighting the anti-democratic character of the new law in Montenegro, and they appeal to the authorities in Montenegro to release those who have been arrested for defending their sacred sites and to cease “terrorizing the Church, its clergy and faithful people.”

Meanwhile, more than 6,000 Serbian academic and cultural figures, clergy, and laymen have signed a petition “in defense of the Serbian Orthodox Church in Montenegro.”

In mid-January, tens of thousands of Orthodox faithful in Montenegro took to the streets in a number of cities for a moleben and cross procession to achieve the abolition of the scandalous new law. (OrthoChristian) 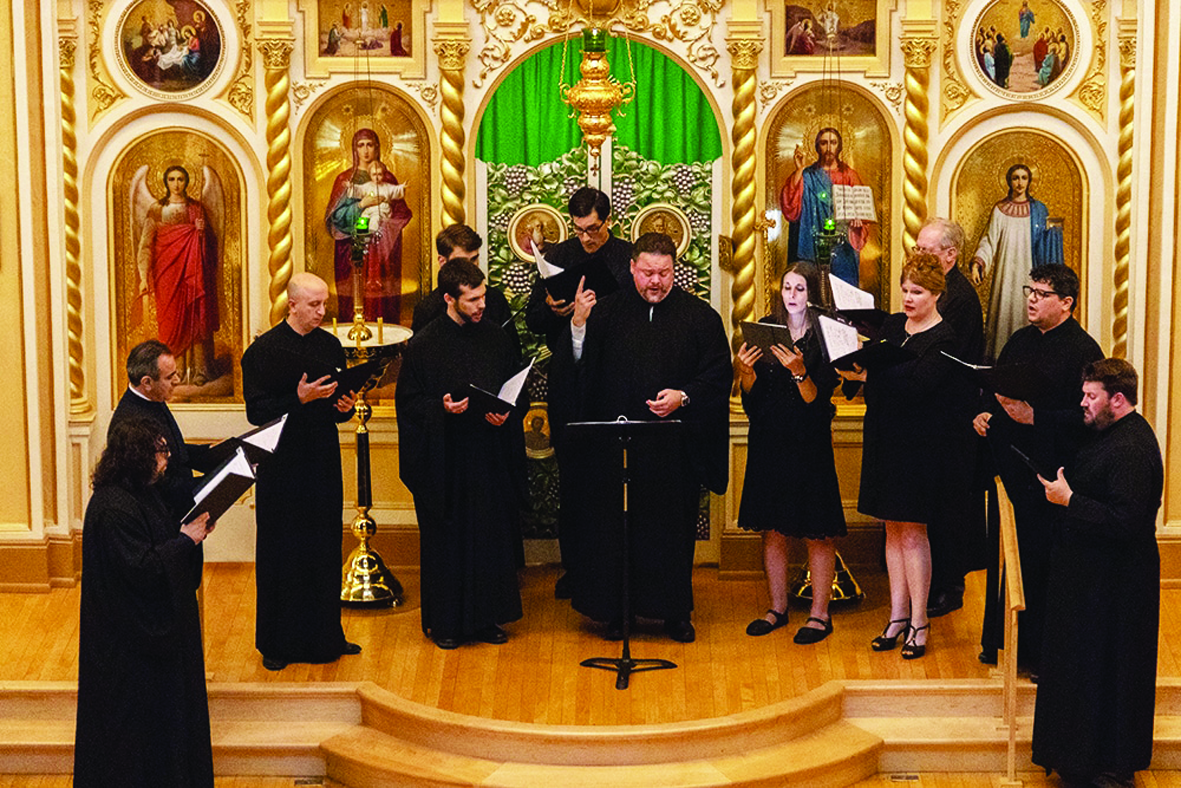 The ancient and sacred Orthodox art of Byzantine chant was honored on December 11 by being included in the UNESCO List of the Intangible Cultural Heritage of Humanity. The move was jointly proposed by Greece and Cyprus.

The statement announcing the recognition notes that Byzantine chant has existed for more than 2 millennia and is intimately linked with the spiritual life of the Orthodox Church. As a living art that has existed for more than 2000 years, the Byzantine chant is a significant cultural tradition and comprehensive music system forming part of the common musical traditions that developed in the Byzantine Empire. Highlighting and musically enhancing the liturgical texts of the Greek Orthodox Church, it is inextricably linked with spiritual life and religious worship. This vocal art is mainly focused on rendering the ecclesiastical text; arguably, the chant exists because of the word (“logos”), since every aspect of the tradition serves to spread the sacred message. Passed on aurally across the generations, its main characteristics have remained over the centuries: it is exclusively vocal music; it is essentially monophonic; the chants are codified into an eight-mode or eight-tone system; and the chant employs different styles of rhythm to accentuate the desired syllables of specific words. Though the psaltic art has always been linked to the male voice, women chanters are common in nunneries and participate in parishes to some extent. In addition to its transmission in church, the Byzantine chant is flourishing due to the dedication of experts and non-experts alike — including musicians, choir members, composers, musicologists and scholars — who contribute to its study, performance and dissemination.

“Byzantine chant is a way of life,” says Fr. Nicolaos Lympourides, the Director of the School of Byzantine and Traditional Music of the Holy Metropolis of Limassol, in Cyprus, in the video included in UNESCO’s announcement.

“We carry it from our childhood and we preserve it as long as we live. It accompanies our lives until we die,” he said. (OrthoChristian)