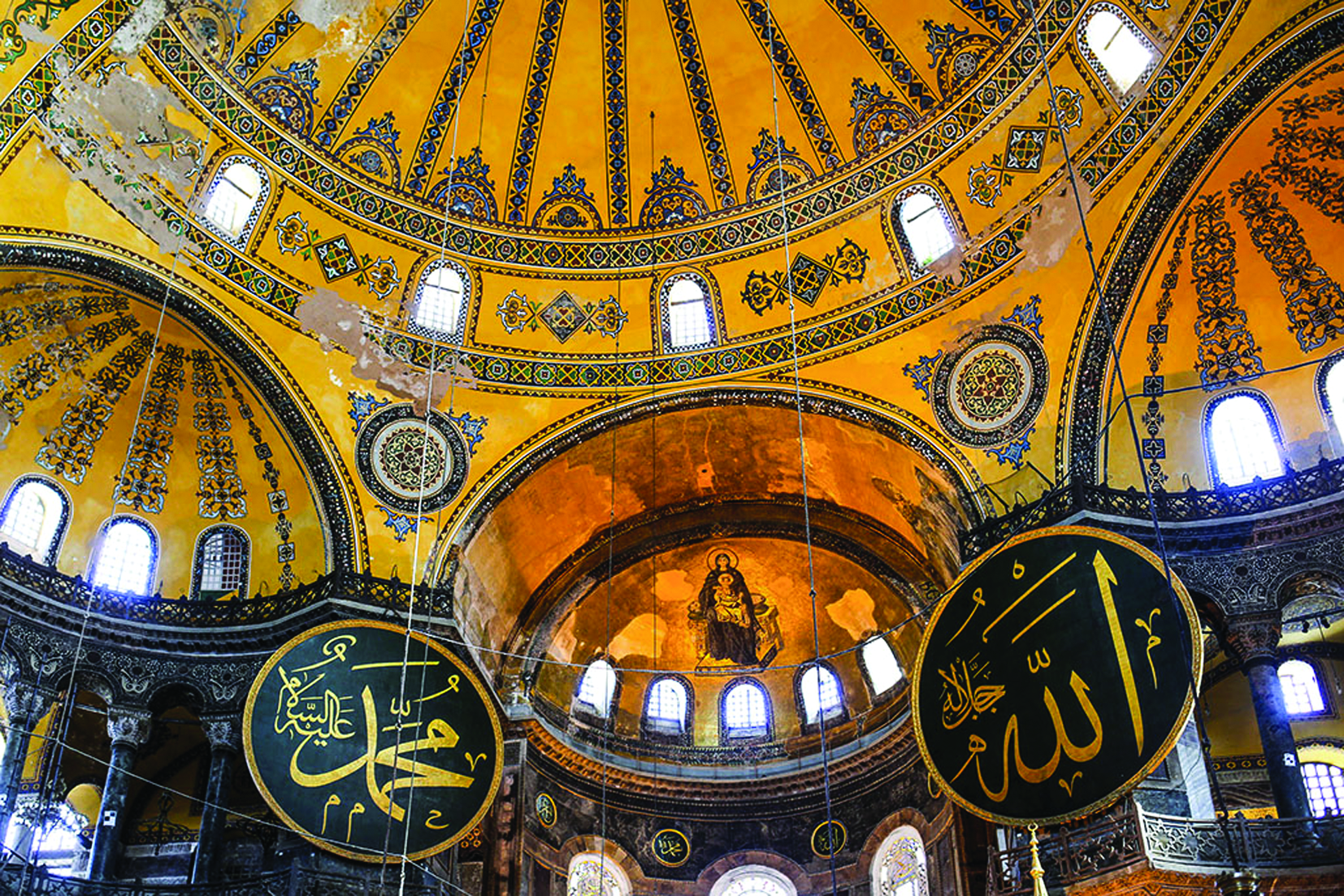 Catholic bishops across the United States have issued joint statements with their Greek Orthodox counterparts expressing sorrow at the reopening of Hagia Sophia as a mosque.

July 24, was declared a “Day of Mourning” as the former Byzantine cathedral opened for formal Islamic Friday prayers for the first time in more than 80 years on July 24.

Hagia Sophia had been a museum since Turkey’s establishment as a secular state. Turkish president Recep Tayyip Erdoğan signed a decree July 10 converting it into a mosque following a ruling by the Council of State, Turkey’s highest administrative court, earlier that day which declared unlawful an 80-year old government decree converting the building from a mosque into a museum.

Religious leaders around the world, including Pope Francis, decried the move, with the Pope saying it caused him “great sadness.” On July 21, the U.S. Conference of Catholic Bishops said that July 24 would be observed as a “Day of Mourning” and that Catholics would join the Greek Orthodox Archdiocese of America “in offering our prayers for the restoration of Hagia Sophia as a place of prayer and reflection for all peoples.” In Boston, Metropolitan Methodios and Cardinal Seán O’Malley issued statements critical of the change. (Catholic News Agency)

On Tuesday, August 4, a massive explosion in the port of Beirut shook the Lebanese capital, killing hundreds and wounding thousands, leaving hundreds of thousands homeless and damaging churches.

There were, however some happy stories amidst all the horror; reports emerged of Orthodox Christians and churches which were saved by nothing less than a miracle, when they would have otherwise been completely buried under rubble.

On August 5, 2020, the rector of the Representation Church of the Moscow Patriarchate in Beirut, Archimandrite Philip (Vasiltsev), reported that none of his regular parishioners died during the explosion, or received life-threatening injuries. Beirut has a Russian-speaking diaspora of around 50,000 people. Sadly, their homes were not so lucky. “Unfortunately, several families of our parishioners, who live in Achrafieh (also called Ashrafia, an Orthodox district of the city, located not far from the port), have lost their homes and they now have no shelter. Therefore, we will have to think very seriously about how to financially support these people, who find themselves on the street,” Father Philip said.

Still, he was happy to share reports of miraculous interventions, which some families experienced.

“[There were some situations in which people] should not have survived, but the Lord saved them. One family was directly near the port in their apartment, and saw this explosion. Their house was completely destroyed, but the family members survived and received very minor physical injuries.” His Metochion Church of St. John the Baptist itself was practically undamaged by the explosion, he said, noting that the Russian Embassy located in the immediate vicinity of the church was significantly damaged.

Father Youil Nassif of Saint Dimitrios Orthodox Church described what he also regarded as a miracle, saying, “I left the church with my children 12 minutes before the explosion…we reached home [and when] I went back to the church to see what happened, I was shocked.”

As a dramatic video shows, the nave of the church itself was seriously damaged, but when Fr. Youil reached the altar, he was amazed. “When I entered the altar, I was surprised. the altar was untouched! The Holy Chalice was intact, you can see the Holy Bible and the holy lamp didn’t move, the relics of the saints… even the glass was not broken! So, you know in times of crisis, we search for signs, for light in the darkness. I felt that this was a sign. But we need prayers, not just our church, every citizen in Lebanon — we need prayers.” (OrthoChristian) 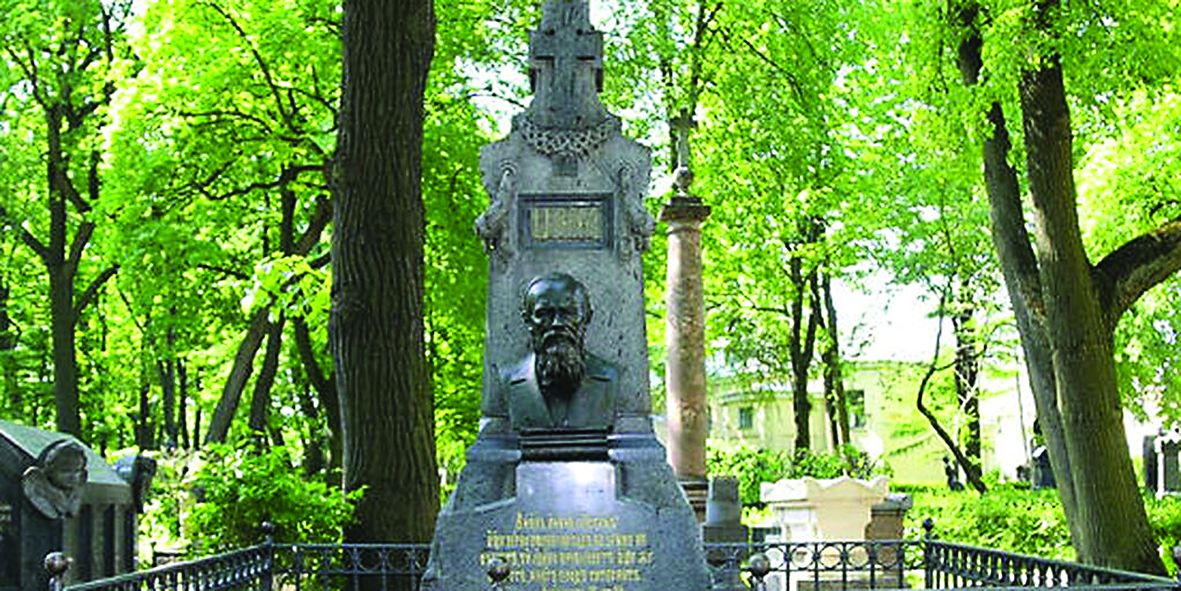 The tombstone of the world-famous Russian author Feodor Dostoyevsky at the St. Alexander Nevsky Lavra in St. Petersburg has undergone a thorough restoration, in time for next year’s celebration of the 200th anniversary of his birth. His grave is located in the Necropolis of the Masters of the Arts just outside the Lavra walls.

Work on the tombstone began in the spring of this year. In all, the cast-iron fence was restored, lost pieces of the tombstone were replaced, the foundation was strengthened, the granite part of the monument was cleaned and polished, and the bronze bust of Dostoyevsky was washed and treated with a protective compound, reports the St. Petersburg Metropolis. The inscriptions were also updated with gold paint, including Dostoyevsky’s favorite Gospel verse: Verily, verily, I say unto you, Except a corn of wheat fall into the ground and die, it abideth alone: but if it die, it bringeth forth much fruit (John 12:24). (OrthoChristian)

Archbishop Kondrusiewicz: “Only in truth will we be free”

The date was chosen not by chance — the feast of St. Roch, the guardian against infectious diseases, which is celebrated on this day, is a holiday in the parish of Valkala — particularly appropriate during the coronavirus epidemic.

The chairman of the Conference of Catholic Bishops in Belarus prayed in a special way for the Belarusian people. At the beginning of the Eucharist, Archbishop Kondrusiewicz noted that today we ask God through the intercession of St. Roch not only for liberation from the coronavirus epidemic; now Belarus is also suffering from a spiritual and social epidemic — an epidemic of sin, as well as an epidemic of division and untruth, which led to the socio-political crisis that arose in the country after the presidential election.

“Our freedom is under threat, our homeland is divided. Saint Roch, Saint John the Baptist, ask God for the grace of unity in our people, the grace of understanding that only in truth will we be free,” said the archbishop. (Catholic.by)

The August 30th elections were a breath of fresh air for the Orthodox faithful of Montenegro, with the opposition coalition taking a majority of seats for the first time in 30 years and wresting power from President Milo Đukanović’s Democratic Party of Socialists.

While Đukanović and his government openly persecuted the Serbian Orthodox Church in favor of the “Montenegrin Orthodox Church,” consisting of a handful of parishes throughout the nation, the first thing that opposition leader Zdravko Krivokapi did after learning of the election results was to go to church to thank God.

He later stated that the new ruling coalition’s first order of business would be to repeal the “Law on Religious Freedom” that aimed to deprive the Serbian Orthodox Church of its historical properties. (OrthoChristian)

On September 12, 2020, after the Divine Liturgy at the Cathedral of the Trinity in St. Daniel Stauropegial Monastery, His Holiness Patriarch Kirill of Moscow and All Russia visited the Department for External Church Relations (DECR) of the Moscow Patriarchate of the Russian Orthodox Church.

The Primate congratulated Metropolitan Hilarion, head of the DECR, on the 25th anniversary of his work at this synodal department and wished him God’s help in his further work. Greeting those present, His Holiness said, “Brothers, I am very glad to meet with you especially in these walls which I hold so dear.”

His Holiness noted that he crossed the threshold of the department with a very special feeling because he had worked in it as its chairman for almost 20 years. Metropolitan Hilarion, in his turn, thanked His Holiness on behalf of those present. “I would like to assure Your Holiness that the Department for External Church Relations are people faithful to you and faithful to the Church’s cause,” he said. (DECR Communication Service)