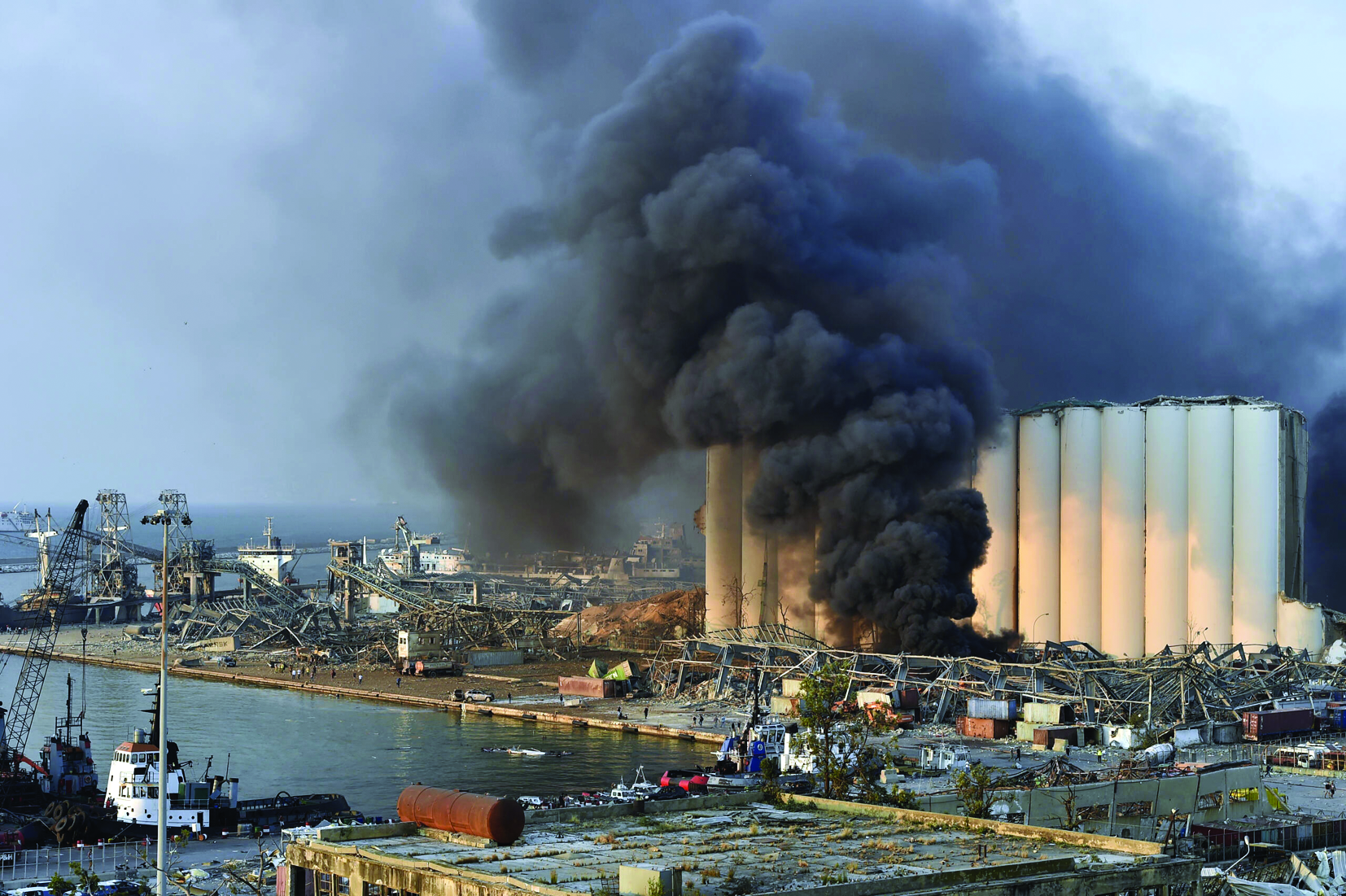 In the main photo, a fire in Beirut’s harbor 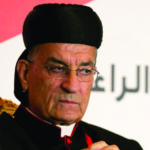 Little reassuring news continues to arrive from Lebanon on the country’s strength. After the resignation of the Sunni government of Hassan Diab on August 10, due to strong popular protests following the serious explosion in the port of Beirut on August 4, the government of the Prime Minister in charge, the Sunni diplomat Mustapha Adib, also threw in the towel on the 26th of September, considering themselves unable to form a government of “technical” reformers. The failure was particularly affected by the determination of the Shiites of Hezbollah and Amal in claiming the very precious Ministry of Finance. Up to now the appeals, even the last ones, by Cardinal Patriarch Béchara Raï for the political class to overcome divisions in order to try to guarantee a future for the Land of the Cedars, have been useless.

In this sense, the proposal of the Maronite patriarch (announced on August 17, 2020) for Lebanon to be internationally recognized as a state in “active neutrality” does not appear to be of secondary importance. Vatican Secretary of State Cardinal Pietro Parolin became acquainted with it in his visit to Beirut on September 3-4.

Now the proposal is being examined in the Vatican’s Secretariat of State, which, thanks to its widespread diplomatic network, will try to ensure that it is realized. Which, of course, is anything but easy.

It is evident that an in-depth reform of the Lebanese political system would not make much sense if the country were not recognized as neutral and continued to remain enveloped in the Middle Eastern dispute between Sunnis and Shiites, a battleground between large and medium powers by proxy.

Not only that: one can think that the recognition of Lebanon as a neutral state cannot ignore the disarmament of those actors in the Lebanese political debate who have instead constituted real militias competing against the national army. In concrete terms:

Hezbollah must accept its disarmament. At the moment, realistically, this possibility is difficult to implement.

Vatican diplomacy, however, should not be discouraged and, although very committed to other “dossiers” of primary importance, such as in China and the Caucasus, they should not drop the far-sighted proposal of Patriarch Raï.

Moreover, from Lebanon, at least one piece of news was good as it was surprising (but much is happening in the Middle East). The news arrived on September 30: President Aoun (a Christian) and the President of Parliament (Berri, a Shiite) gave their consent to the start of negotiations with Israel—promoted by the United States under the aegis of the UN — for the definition of the maritime and land borders (“Shebaa farms,” about one square kilometer) between the two states, technically still at war with each other. Negotiations started in mid-October, focusing on 860 square kilometers of sea-floor rich in hydrocarbons. If an agreement is reached, both Lebanon and Israel could exploit the gas fields in the area now in dispute.

First sexual abuse trial within the Vatican itself begins 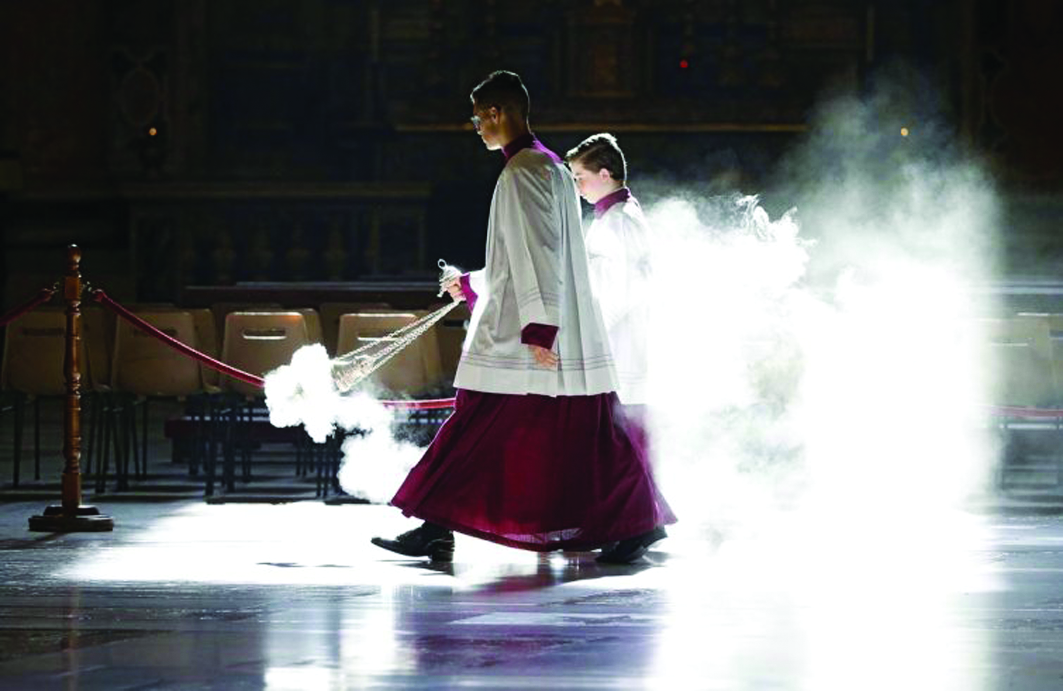 A priest at Vatican City’s St. Pius X seminary for youth ages 12-18 stands accused, in a trial which opened October 14, of sexually abusing a younger seminarian when he himself was a seminarian there from 2007 to 2012.

The former rector of the seminary, Fr. Enrico Radice, is also charged with covering up for the seminarian, now priest, Fr. Gabriele Martinelli, by heading off investigators, telling them that he knew of no sexual misconduct at the seminary and that the victim’s accusations were unfounded.

According to the Associated Press, “The charges suggested that Radice’s alleged cover-up went beyond what was previously known and put into question Martinelli’s very ordination. Prosecutors said that Radice not only helped Martinelli evade investigators in the years prior to becoming a priest, but also falsified a letter from the Como bishop announcing Martinelli’s imminent ordination.”

It is the first time sexual abuse allegations have led to arrest and trial within the walls of the Vatican, in its criminal tribunal.

The seminary is run by a small, Como, Italy-based association, the Opera Don Folchi.

Another seminarian, Polish-born Kamil Jarzembowski, was dismissed from the seminary after reporting his observation of sexual misconduct, and accompanying threats and violence, to the archpriest of St. Peter’s Basilica.

Reaching out to suffering Lebanon

Lebanese Young Talents is a group of young Lebanese volunteers whose goal is to help families who have been affected by the August 4 explosion at the port in Beirut, a tragedy which has left a third of a million people with damaged or destroyed homes, neighborhoods, businesses and livelihoods, not to mention the 200 who lost their lives and 6,500 who were injured. The youths began a campaign to go door-to-door to assess the needs of those left living amidst the rubble — families with children, as well as the elderly, some living alone, with no place to go and no one to help them find food, clean water and other necessities of life.

Inside the Vatican has partnered with Lebanese Young Talents in our new “Friends of Lebanon” initiative to help bring awareness of the dire need existing in Beirut, especially among Christians, as the area most affected by the blast was one inhabited mainly by Christians in this majorityMuslim city and country.

In fact, one young volunteer told ITV, many of the young Christians who are left in Beirut are getting out — leaving for other countries to start a new life, leaving behind an everdwindling number of followers of Jesus in a country that was once home, in the mid-20th-century, to a thriving Christian majority, but has shrunk to just a third of the former population.

ITV holds a monthly Zoom video meeting with our Lebanese friends, who provide us with the latest “on the ground” news, both social and political, and stories of those whose lives they touch every day.

Join ITV’s “Friends of Lebanon” and donate to our efforts to help the struggling people of Lebanon — a country where Jesus Christ Himself once walked, when He traveled to its southern parts near Tyre and, Scripture tells us, cured a possessed Canaanite child.

Jesus said of His followers, “By this all men will know that you are My disciples: that you love one another.” Please consider making a donation to this effort.

Be a “Friend of Lebanon”: http://insidethevatican.com/friends-of-lebanon/

Teenagers, he said, feel a “surprising resonance” with the masterpiece

Pope Francis said October 10 that the 700th anniversary of the death of Dante Alighieri should inspire people to rediscover the Italian poet’s Divine Comedy.

The Pope made the remark in an address to a delegation from the Italian Archdiocese of Ravenna-Cervia, in which he announced that he was preparing “a more extensive reflection” on the leading poet of the late Middle Ages to be released next year.

Dante died in exile in Ravenna, northern Italy, in 1321, after completing the Divine Comedy, a long poem which describes the poet’s journey through hell, purgatory, and heaven.

The Pope noted that “Teenagers,for instance — even those of today — if they have the opportunity to encounter Dante’s poetry in a way that is accessible to them, find on the one hand, inevitably, a great distance from the author and his world, and yet, on the other, they perceive a surprising resonance.”

He continued: “This happens especially where allegory leaves space for the symbol, where the human being appears most evident and exposed, where civil passion vibrates most intensely, where the fascination ofthat which istrue, beautiful, and good, ultimately the fascination of God, makes its powerful attraction felt.”