Changes in the Consistory Rite

Changes in the Consistory Rite

Until now, the ceremony of creating new cardinals has been regulated by liturgical norms established by Paul VI in 1969. What did these norms prescribe?

Monsignor Guido Marini: Under Paul VI, consistorial rites took on a simpler and more austere form than they had had under previous pontificates, though retaining their essential features. In fact, the consistory had preserved the oath, the imposition of the biretta instead of the hat, and the assignation of the titular church or deaconship, even though the distinction between public and secret consistory had disappeared. The consignment of the ring, on the other hand, took place during the Mass celebrated by the Pope along with the new cardinals the day after the consistory. 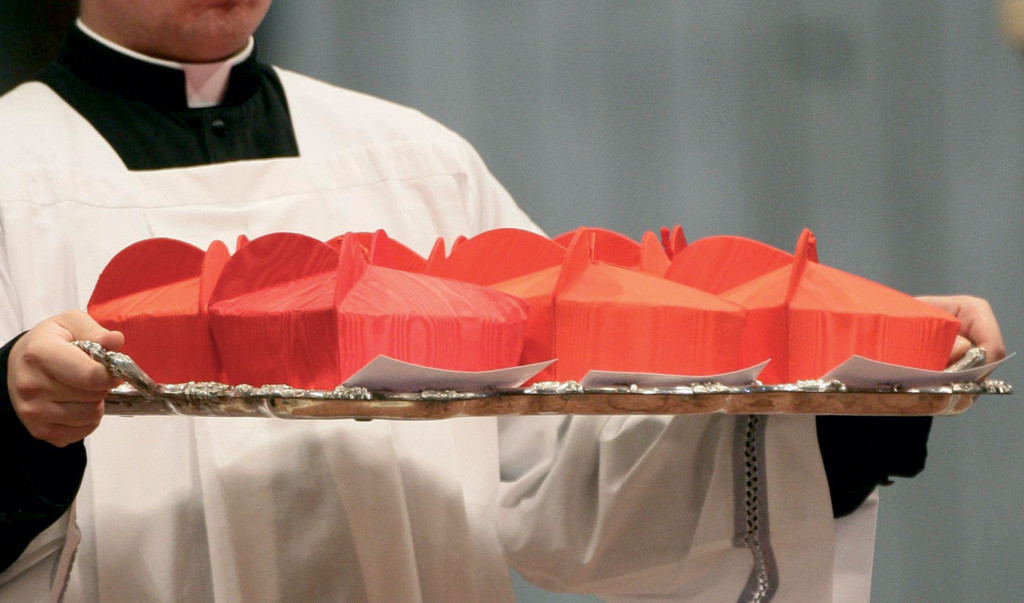 Photo from the consistory on November 24, 2007 (Galazka photo)

Benedict XVI thought it proper to make some changes. What are these changes about and what is their meaning?

Marini: The present changes have been introduced on the assumption that throughout the history of the Church the consistory has never been regarded as a liturgical ceremony, but as the assembly of the cardinals around the Pope to deal with the government of the Church: it is therefore entrusted with a munus regendi, i.e., an office of government, not with a munus sanctificandi, i.e., a sanctifying function. In this sense and in keeping with the present form of the consistory and its main elements, the Holy Father has passed the change in the rite of creating new cardinals, having the changes introduced by Paul VI in 1969 as his reference point.

After some changes in the accepted practice of the latest consistories, it is in fact prescribed that the Pope should wear his choir dress with a mozzetta and stole. For the prayers at the beginning and at the end of the rite, the 1969 texts, which are part of the Euchologion of the great Roman tradition, have been restored. These texts, which feature in the Codex Veronensis or Sacramentarium Leonianum, i.e., the Leonine Sacramentary, are read during the Mass celebrated on the anniversary of the episcopal ordination of the bishop of Rome. The prayers in these texts make explicit reference to the power given to the Church, to Peter’s successor in particular. Whilst in the opening prayer the Pope prays directly for himself that he may discharge his task properly as Peter’s successor, in the closing prayer he invokes God’s blessing on the new cardinals.

The announcement of God’s word will be restored to its shorter version, in conformity with the 1969 rite, with the evangelical pericope alone (Mark 10:32-45). One reading and the responsorial psalm will be omitted. Finally, the cardinals will be given the ring along with the biretta and the titular church or deaconship during the consistory.

Another noteworthy change introduced at the beginning of the ceremony is the Holy Father’s moment of prayer at the Apostle Peter’s tomb below the Papal Altar.

Is it true that Benedict XVI has decided to give a new type of ring to the new cardinals?

Marini: The Holy Father will give a new type of ring to the new cardinals; it will bear the images of St. Peter and St. Paul with a star in the middle, standing for the Blessed Virgin. The new rings will be smaller than the old ones, hence easier to wear.

Are there any changes in the Mass celebrated by the Pope with the new cardinals the day after the consistory?

Marini: As it does not contain any gesture relating to the consistory, the Mass officiated the following day is a celebration intended to thank the Lord for giving new cardinals to the Church. At the opening of the celebration, the foremost of the newly-appointed cardinals will address some words of gratitude to the Pope. In the previous rite this address featured at the beginning of the consistory.