Three female Irish activists chose to make a stand for life in their once deeply-Catholic country, despite much resistance, even backlash, from their peers.

“We may have lost a battle, but our cause will never be defeated.” 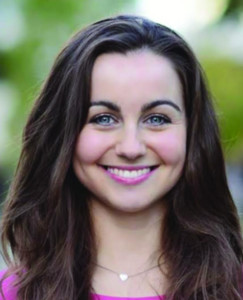 On January 1, 2019, abortion services became available in Ireland for the first time under the provisions of the Health Act of 2018. However, as always, these sad realities bring to light the fact of the many faithful who wish to preserve the truth and their country. Most notably, three female Irish activists chose to make a stand for life in their once deeply Catholic country, despite much resistance, and even backlash, from their peers. Katie Ascough, a young college student at the University College of Dublin who was impeached by her fellow-students for her pro-life views, as well as Niamh Uí Bhriain and Cora Sherlock, have helped to start and head Ireland’s Anti-Abortion Campaign in Dublin.

Twenty years old, Katie Ascough was the first University College Dublin Student Union (UCDSU) President to be removed from office after 69 percent of voters chose to oust her when her anti-abortion views were discovered. The campaign to remove Ascough from her role began in 2016, when she removed a page providing potentially illegal information on abortion from the student union’s newspaper, called Winging It- University College Dublin Student Union — a publication aimed at first-year students. While she said that she did this for legal reasons, since abortion information in Ireland at the time was prohibited, Ascough proceeded to speak out against abortion.

Ascough emphasizes the fact that her anti-abortion views come from her love for women and children. She told RTE Radio: “(Rape) is one of the most abhorrent crimes towards women and I completely condemn it. In fact, I think we need to look at having more serious sentences for rapists in Ireland.” Yet, Ascough is outspoken about the fact that abortion is never an acceptable answer:

“We need better financial measures for single mothers. We need to improve adoption services because they are abominable and we need to show true compassion to these women in these situations.

“I think we need to support them in as many ways as we can but at the same time, when it comes to bodily autonomy, there are two people involved in a pregnancy. A child’s heart starts beating at 21 days. And I don’t think we can ignore that.”

Throughout the decade these women, along with many others, have fought for just legislation in Ireland protecting the unborn and their mothers, even sacrificing their reputation and political standing.

“We may have lost a battle but our cause will never be defeated” said Catholic policy campaigner and pro-life activist, 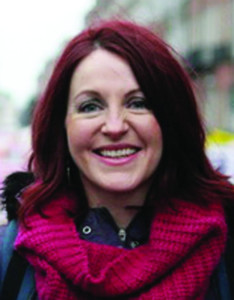 Niamh Uí Bhriain, after the 2018 amendment legalizing abortion was passed in Ireland. Two years later, after this defeat, the pro-life movement in Ireland is still going strong, under the guidance of leaders like Ui Bhriain. Born in Cork in 1970, Ui Bhriain grew up in a changing country — a country, once governed by Christian laws and principles, that was turning into a secular state, ruled by secular ideals that extol the individual at the expense of the family. As a sixteen-year-old in 1986, Ui Bhriain co-founded “Youth Defense,” an organization formed to fight against the divorce referendum (a pro-posed amendment to the Constitution of Ireland to remove the prohibition on divorce).

Ui Bhriain received her strong beliefs and her forthright character from her mother, Úna Bean Mhic Mhathúna, who was secretary of the Irish Housewives’ Union and became famous for her letter to then-prime minister of Ireland, Charles Haughey, denouncing careerism among mothers and sex education for young children. Following in her mother’s footsteps, Ui Bhriain became the spokesperson for the Mother and Child Campaign, which lobbied against the introduction in Ireland of the right for same-sex couples to adopt children. She was quoted as saying:

“I would not be confident in knowing that, God forbid, something happened to myself or my husband, that my children would be raised in a household where there was a same-sex union. The adoption board and the Prime Minister have refused to give assurances to Irish parents that the children will not be placed in households where there are same-sex unions and will not be raised by homosexuals or lesbians.” 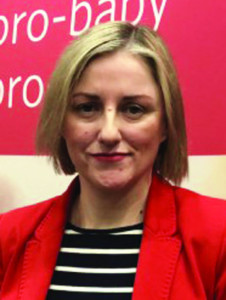 Cora Sherlock is Catholic writer, blogger, and one of the foremost pro-life activists in Ireland. Sherlock has spoken at the United Nations several times, and was chosen as one of the BBC’s “100 women” in 2014 for her inspiring work in her field.

Born in Drogheda, County Louth, Sherlock won provincial and national debating competitions, and subsequently completed a Bachelor of Civil Law at the University College Dublin, and her Master’s Degree in Computers and Law at Queens’ University in Belfast. She qualified as an attorney in 2002 and practiced law until 2015 when she joined the Pro-Life Campaign as its press officer. Currently, Sherlock is their public spokeswoman and attorney.

Sherlock currently writes for LifeSite News, The Irish Times, The UK Catholic Herald, as well as on her own website. With the unyielding voice of a lawyer, in a famous article published in The Irish Times, Sherlock wrote:

“In choosing to strip unborn children of all constitutional protection, Harris [Prime Minister of Ireland] and others are willfully turning a blind eye to the wealth of scientific evidence demonstrating the humanity of the unborn.

“They are undeniably human. Yet those on the Yes side believe the only rights the most vulnerable and defenseless people in our society have in our Constitution — the right to life contained in the Eighth Amendment — should be stripped away.”

Sherlock relentlessly continues to argue for the rights of the unborn, predicting the grief that a country that is built on a culture of abortion will cause: “We are being told to hope that abortion on demand in Ireland will not lead to the catastrophic consequences it has led to elsewhere: the ending of countless lives, and the causing of untold hurt and anguish to so many women.”