Saints For Our Time: St. Isidore of Seville

Saints For Our Time: St. Isidore of Seville 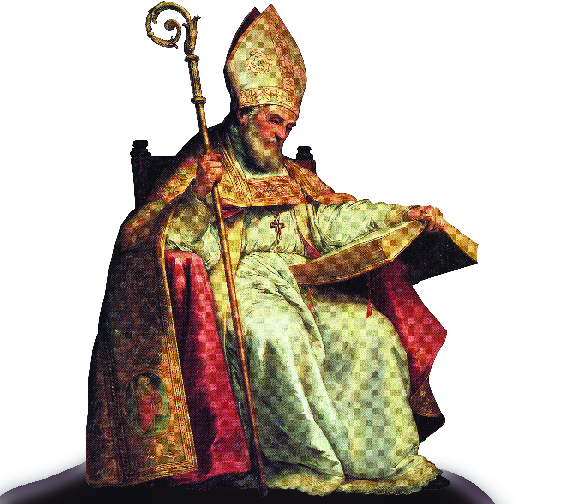 In 1997, Pope John Paul II decided that the internet could use a patron saint to guide Catholics in its proper use. He chose St. Isidore of Seville (560-636), Doctor of the Church, and last of the Latin Fathers. Isidore’s 20-book opus (called Etymologia, after the subject title of one of the books), made him an easy choice. The word “etymology” was Isidore’s own coinage, originally meaning “the study of origins,” now applying only to words.

Pope Benedict XVI, in his general audience address on June 18, 2008, spoke thus of St. Isidore of Seville, who was a great friend of Pope St. Gregory the Great and younger brother of Leander, Bishop of Seville:

Indeed, he owed much to Leander, an exacting, studious and austere person who created around his younger brother a family context marked by the ascetic requirements proper to a monk, and from the work pace demanded by a serious dedication to study. Furthermore, Leander was concerned to have the wherewithal to confront the political and social situation of that time: in those decades, in fact, the Visigoths, barbarians and Arians, had invaded the Iberian Peninsula and taken possession of territories that belonged to the Roman Empire. It was essential to regain them for the Roman world and for Catholicism. Benedict then went on to describe Isidore’s lifelong “inner conflict”:

Isidore was without a doubt a man of accentuated dialectic antitheses. Moreover, he experienced a permanent inner conflict in his personal life, similar to that which Gregory the Great and St. Augustine had experienced earlier, between a desire for solitude to dedicate himself solely to meditation on the word of God, and the demands of charity to his brethren for whose salvation, as Bishop, he felt responsible.

Isidore, Benedict said, found in “Christ’s example the definitive confirmation of a just orientation of life and said: ‘The Savior Jesus offers us the example of active life when during the day he devoted himself to working signs and miracles in the town, but he showed the contemplative life when he withdrew to the mountain and spent the night in prayer.’”