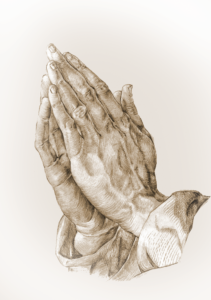 Chapter 2 of the book Orthodox Prayer, by Matta El-Meskeen (1919-2006), Coptic monk and spiritual father of the Monastery of St. Macarius, expounds on the degrees of prayer. This tradition of prayer certainly originated in the early monastic Fathers, who were Eastern. A striking contrast can be noted between this tradition and the current notions of our modern “Western world.” 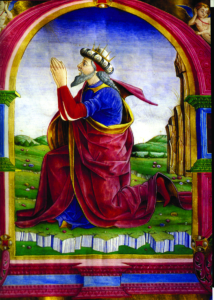 The word of God is actually a beginning and also an end. Through the word of God, man is initiated into truth, and with the word of God, he ends up in truth. For this reason, meditation was a profitable undertaking for the Fathers. They lived it and practiced it to their last breath. We thus hear from Palladius, the author of the Paradise of the Fathers, that St. Mark the Ascetic, who was a hundred years old at that time, recited before him the four Gospels!

He also says that St. Aaron memorized the hundred and fifty psalms by heart, together with the Letter of St. Paul to the Hebrews, the whole Book of Isaiah, part of the Book of Jeremiah, the Gospel of St. Luke, and the Book of Proverbs! The traveler Rufinus also saw and bore witness to the like. But this does not mean that meditation for the Fathers merely meant memorization. It was only an inevitable result, since they habitually relished the books of the Bible. They reiterated them daily, which left an indelible impression upon their memory. Thus, the words of the Bible flowed easily from their tongues.

The ability to persevere in the continual practice of inward meditation on the Bible is an actual expression of the life that genuinely flows in one’s heart. For the word of God is spirit and life, as the Lord defined it for us.

Hence, persistence in meditation on God’s word inevitably reveals a mystical affinity and, therefore, a true life flowing within one’s heart. On the other hand, the heart to which meditation on the word of God is repellent betrays an impasse and hardness of spirit. We hear the Prophet David showing the contrast between the heart that meditates on God’s law and that which refrains from meditation thus; “Their heart is gross like fat, but I delight in thy law” (Ps 119.70).

This means that meditating on the law of God keeps the heart warm and glowing with the fire of the divine word, for meditation intrinsically implies a continual delving into the spirit of the Bible. It is also a continual discovery of one truth after another, each hidden behind the commandments. This brings about a perpetual renewal in man’s ideas. His emotions become, as it were, biblical and refined, and his conduct easygoing, flexible, and adaptable to all contingencies.

For this reason, we find that meditation, in its advanced stages, becomes gradually detached from reading. It eventually enters upon conceiving divine truths as well as the interactions of God’s commandments and his discipline for the ascetic life. Meditation introduces us into the first stage of contemplation. It moves from delving deep into the word of God to fathoming the truth that that word contains. Continual meditation on the living word of God inevitably fills the heart and mind with sacred thoughts and images. These later become the raw material from which contemplation forms its airy wings. By these wings, it soars up in the heaven of spirit without the agency of reading. However, there has to be perpetual meditation on the divine word and the commandments and promises of the Lord.

[…] It also counts for him as a mental offering, always acceptable and pleasing to God: “Let the words of my mouth and the meditation of my heart be acceptable in thy sight, O Lord, my rock and my redeemer” (Ps 19:14).