The Final Battle: Marriage and Family

The Final Battle: Marriage and Family 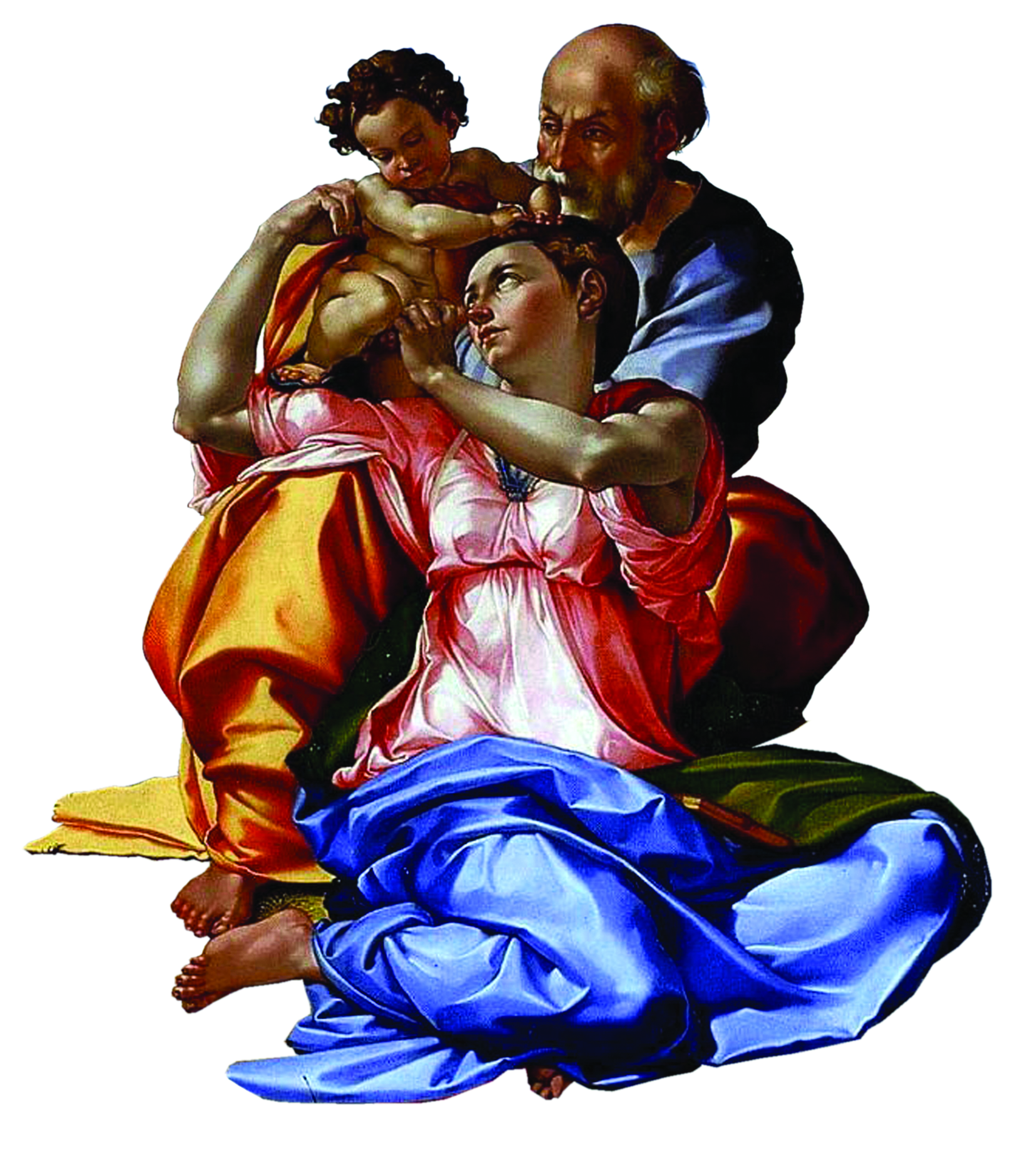 Detail from Holy Family (the Doni Tondo) by Michelangelo

Special devotions to Mary are observed throughout the month of May; our Blessed Mother appeared on May 13, 1917, to three small children in Fatima, Portugal. She spoke to them and promised she would return; and so she returned each month until her final appearance on October 13. In this final appearance, thousands — including many nonbelievers — witnessed and testified to the “miracle of the sun”; notably, this appearance began with St. Joseph, the Husband of Mary, holding the Baby Jesus, and together Joseph and Jesus blessed the world.

Lucia, the oldest of the three children at Fatima, later joined a convent. In the convent, Sister Lucia received special insights related to the Message of Fatima, and years later, wrote a letter to the Pope describing one particular insight. Cardinal Carlo Caffarra, who had seen the original letter, quoted Sister Lucia’s words from the letter: “The final battle between the Lord and the kingdom of Satan will be about marriage and family… nevertheless, Our Lady has already crushed his head.” (Radio interview with Cardinal Caffarra following Mass at the tomb of St. Padre Pio, February 16, 2008)

On January 1, 2020, a new book by Father Donald Calloway, MIC, Consecration to Saint Joseph, was released, immediately sold out, and repeatedly reprinted. In his book, Fr. Calloway documents — from papal teaching over the last 150 years, and from many saints and doctors of the Church — that the Holy Spirit is making St. Joseph known today.

Together, the statement from Sister Lucia that the final battle is over marriage and family, and Father Calloway’s thorough documentation of the movement of the Holy Spirit to make Joseph known today, reveal God’s plan. I am not asking why, or trying to explain why. When Jesus warned us of the great battle against evil, He told us to “learn a lesson from the fig tree.” (Matthew 24:32-33) I am simply observing the obvious signs we see today: one, we are in a worldwide battle over marriage and family; two, the Holy Spirit is making St. Joseph known today.

The Blessed Trinity is the original uncreated “Holy Family”: three Persons who are one and remain distinct Persons. “In the beginning,” God revealed His plan for human life by saying about the first man: “It is not good for humans to be alone. I will make a suitable partner for him.” (Genesis 2:18) “Let us create human life in our image, after our likeness… So, God created human life in His image. Male and female He created them.” (Genesis 1:26-27) God creates human life in the image of the divine unity of Persons who are one and yet remain distinct Persons. From the beginning, male and female “are no longer two but one body” (Genesis 2:24); they are one yet remain distinct persons — with freedom to disobey their Creator.

God doesn’t “change His plan” when the Word becomes flesh. The human Holy Family of Nazareth is the image and likeness of the divine uncreated Holy Family; and the final battle is over marriage and family.

“Where two are together in my Name, I am with them,” said Jesus. (Matthew 18:20) Mary and Joseph were together in the Name of the God of Israel before the Incarnation, and Jesus became flesh in this virginal, immaculate Matrimonial Union. Jesus is with Mary and Joseph. “In the fullness of time,” Immanuel (God-with-us) enters into the Sacred Union of Mary and Joseph. God creates and redeems human life in the context of marriage and family.

The title of the final chapter in Father Calloway’s book is “Terror of Demons”; Joseph is the Terror of Demons and Mary crushes the serpent’s head. Mary and Joseph are no longer two but one in Christ: they are of one heart and one mind in doing God’s will. When Mary and Joseph are together in Jesus’ Name, He is with them and together they are more powerful than all hell together. “Our Lady [together with Joseph] has already crushed his head.”

St. Alphonsus Ligouri, a Doctor of the Church, wrote a prayer for the intercession of Our Mother of Perpetual Help. I began praying this prayer before I was baptized and still pray it regularly: “O Mother of Perpetual Help, into your hands do I place my eternal salvation, to you do I entrust my soul. If you, dearest Mother, protect me, I fear nothing… not from the devils because you are more powerful than all hell together.”

Mary-with-Joseph is the Terror of Demons. In this Year of Joseph, I ask for the intercession of Mary and Joseph together:

“O Mother and father of Perpetual Help, into your hands do I place my eternal salvation, to you do I entrust my soul. If you, dearest Mother and father, protect me, I fear nothing… not from the devils because you are more powerful than all hell together.”

As we pray, so we believe.

When I ask for the help of Mary and Joseph together, I see that God wrote His New Covenant in their hearts, in an extraordinary and unique manner, before the Incarnation (before He instituted the guaranteed, common, ordinary manner — the Sacraments).

The first humans were created to live in marriage and family and they were no longer two but one body; then they disobeyed and acted independently, listening to the wrong voices; and they broke the covenantal union in which they were created.

“In the fullness of time,” God prepared an immaculate virgin joined in virginal matrimonial covenant union with her righteous human husband; and God “became flesh,” entering into Holy Communion with them in the New Covenant. The Psalms of David sing of Mary and Joseph, the righteous ones who do God’s will; they bear fruit in due season. (Psalm 1)

Sacred Matrimony, the union of the mother and father, is the foundation of human life: Mary and Joseph are the “good soil” that bears an abundant harvest (see Matthew 13:23). Jesus chose Apostles to offer the Sacraments, the common manner for you and me to enter into the Holy Family of Nazareth with Jesus our Brother, Mary our Mother, and Joseph our Father in Faith.

In the month of May, throughout this Year of Joseph, and continually, let us ask Mary and Joseph to help us imitate their total consecration to the God of Israel; let us consecrate ourselves to the Holy Family. The vital importance of wives and husbands acting together-as-one helps us to see Mary-and-Joseph-together reversing the original “independent” disobedience of Eve and her husband, and crushing the head of the enemy.

Marriage and family are under attack as never before, and God has revealed His Victory Plan: all human society is built on the cooperation, the Covenant Union, of wives and husbands acting together to do His Will. “Where two are together in my Name, I am with them.” (Matthew 18:20)

On Calvary, the veil of mercy burst open; blood and water — grace and mercy — fell on the earth. Fatima and St. Faustina announce the Flood of Mercy poured out today. “Where sin abounds, grace abounds all the more” (Romans 5:20); the Holy Spirit calls us, “Go to Joseph and Mary.”

In the end, the Immaculate Heart of Mary and the Pure Heart of Joseph with the Sacred Heart of Jesus will triumph.